It has been yet another season of significant change for the Red Devils as Ole Gunnar Solskjaer replaced Jose Mourinho at the helm before recently being handed the manager’s job on a permanent basis, and the Norwegian will bid to take United back to the top next season.

Movement in ?United’s coaching setup has not stopped at the top post, though. Both Michael Carrick and fellow coach Kieran McKenna were part of the coaching staff under Mourinho and, according to the ?Mirror, the pair are set to sign new deals at Old Trafford imminently.

However, whilst Carrick and McKenna are set to prolong their support for Solskjaer in his bid to turn United’s fortunes around next term, long-serving assistant boss Mike Phelan looks set to quit his current role.

Like Solskjaer, Phelan also represented United during his playing days, albeit more briefly in the early 1990s, but spent 15 years as a coach under Sir Alex Ferguson before he previously departed Old Trafford in 2013. 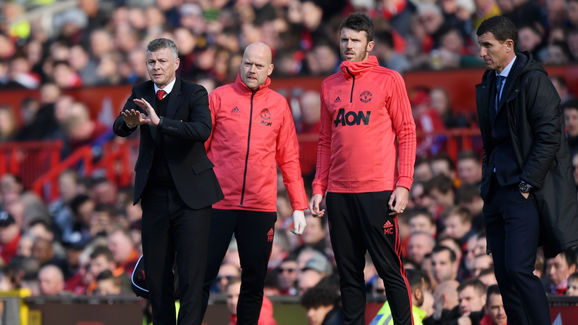 The 56-year-old later returned to the club in December last year as an assistant to Solskjaer in the Norwegian’s initial caretaker role, but appears unlikely to prolong his latest spell with United, having not extended his deal at Old Trafford.

Phelan is on secondment from his role as sporting director at Australian A-League side Central Coast Mariners, and is likely to resume his position there should he opt against staying at Old Trafford next season, though it is suggested he would take a similar position at United.

The Red Devils are currently in search of a sporting director to support chief executive Ed Woodward, with the club seeking a figure capable of leading a more rigorous player recruitment drive across the first team and academy setups at the club.