?France striker Antoine Griezmann has claimed that his international teammate Paul Pogba should get more praise than he receives at Manchester United, as well as suggesting he needs more support from the media.

Pogba has endured a difficult season at Old Trafford, where a series of poor displays from the Red Devils saw them end their Premier League campaign in sixth place – and culminated in the 26-year-old remonstrating with fans after their final day defeat at home to Cardiff. 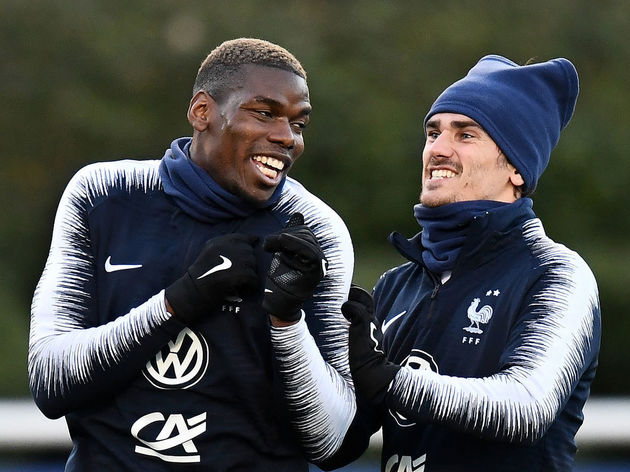 Despite this clash with his own supporters, Griezmann revealed in his new book ‘Getting To The Top Of World Football’ that the United midfielder is a good person who is treated unfairly by the press.

As reported by the Manchester Evening News, Griezmann said: “Paul is a great guy [but] because of his over-exposure in the media, his transfer fee and his spectacular style of play, everything he does is scrutinised.

“The press is very demanding with him, sometimes too harsh in my opinion. “He doesn’t get the recognition he deserves. Paul has the potential to win the Ballon d’Or one day.”

Rumours are circulating that Pogba will leave United this summer to join Real Madrid Atletico Madrid.

He is expected to join Barcelona