?Borussia Dortmund make the short trip to Borussia Monchengladbach on Saturday afternoon, looking to defy the odds and win their first Bundesliga title in seven years.

If Dortmund are to end Bayern Munich’s monopoly on Germany’s top division, they will require Eintracht Frankfurt to pull off a surprise victory at the Allianz Arena, as well as grabbing all three points themselves in the Borussen derby. 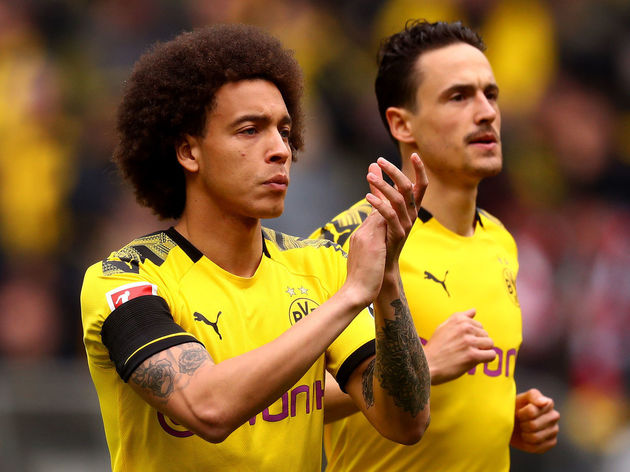 The home team are sitting in prime position for the Champions League spots, as they occupy fourth position ahead of Bayer Leverkusen on goal difference. Leverkusen have a somewhat simpler tie away to Hertha Berlin, so they may need to go for the win themselves if they hope to hold onto fourth spot.

Dortmund survived a late scare last weekend to take the title down to the last day. Having come so far, they will be desperate to do everything they can to give themselves a chance of lifting the trophy.

Check out 90min’s preview of the game below.

??Dortmund will be boosted by the return of captain and talisman ?Marco Reus, who is now available following his two-match suspension. Given the victory last time out however, Lucien Favre may be tempted to stick with the same lineup for Saturday. Elsewhere, there will be a number of absentees for the away side. Marius Wolf is serving the final game of his suspension and will therefore be unavailable for selection. Goalkeeper Roman Burki and left-back Abdou Diallo are both nursing minor injuries and look set to miss out for Saturday’s crucial fixture.

As for Monchengladbach, wide man Fabian Johnson has recently returned to training following a calf injury and could earn himself a recall for Saturday.

Dortmund boast a very good record against Monchengladbach, having won in their previous seven? meetings – a run going back four years. Die Fohlen’s last victory in this tie came in 2015, when Ilkay Gundogan’s consolation goal wasn’t enough to prevent a 3-1 defeat for the Black and Yellows. In the 26 previous Borussen derbies, Dortmund have faired far better, having won 16 and drawn four in this time. When the two clubs met earlier this season, it was BVB who once again emerged victorious with a 2-1 win, courtesy of goals from Jadon Sancho and Marco Reus.

Perhaps an omen for Saturday however, is that five of Monchengladbach’s six victories in this fixture have come at Borussia-Park.

Neither team comes into this fixture in a particularly good run of form, as both have faltered in their attempts to secure unlikely league positions. Monchengladbach did win 4-0 last time out, but this followed a run of one win in six games.

Despite their league position, the home team on Saturday go into the fixture having won just one league game at Borussia-Park in 2019, losing five in that time. 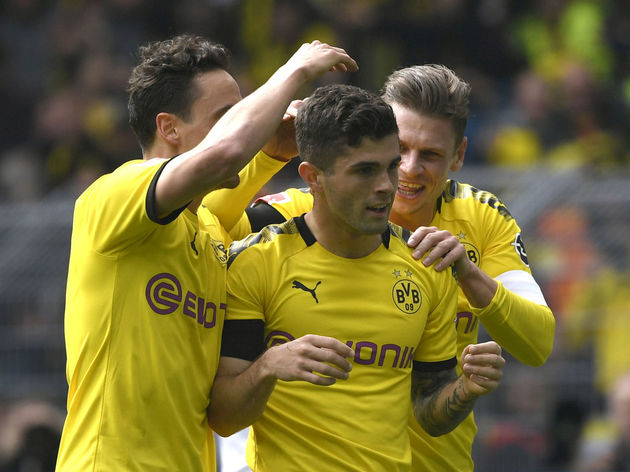 Since their 5-0 humbling at the hands of Bayern Munich, Dortmund have failed to bounce back in the way that they would have hoped. A number of positive results have been blighted by dropped points in matches where they should have won all three.

?Bayern have gifted BVB a way back into the title race on several occasions and will be hoping for one more chance on Saturday. If that is to be the case, Favre’s team will need to make sure they hold up their part of the bargain.

Here’s how the two sides have fared in their previous five fixtures:

?As shown when ?Schalke 04 met Dortmund last month, form tends to go out the window for the big derby games. On Saturday, it may come down to who has the desire and the nerve to go out and earn all three points.

Monchengladbach have come unstuck at home when teams have come and set up to defend. However, with Dortmund needing victory themselves, it will be a different story.

The fate of the Bundesliga is sealed on Saturday ?

Focus on what we can control, the rest will settle itself ? pic.twitter.com/SVqJ1AcQlW

This is set to be an open game played at a fast pace, but the away side may just edge it with their quality in the attacking third.