?La Liga fan or not, chances are the name Rodri – or

Manchester City consider bringing him to the Premier League In its most basic sense, someone being built in Pep Guardiola’s mould tells you everything you need to know about a player.

They can pass a ball better than most of their teammates, hold onto possession with relative ease, and for young players at least, their ability to read the game surpasses anyone else in the same age bracket.

But Rodri is a lot more than just a sprinkle of Sergio Busquets here and a thimble of Xabi Alonso there, because the technically gifted Spain international is establishing himself as his own player and not just the best bits of what came before. The Spanish national team is hardly struggling for quality in midfield, which makes Rodri’s ability to break into the squad over a year ago even more impressive.

So far in his international career, the It’s easy to be slapped with a reputation as a midfielder in Spain, one that – just like this article – says how great someone would be under Pep Guardiola before anything else.

He Was Voted in a ‘Team of the Tournament’ With Spain 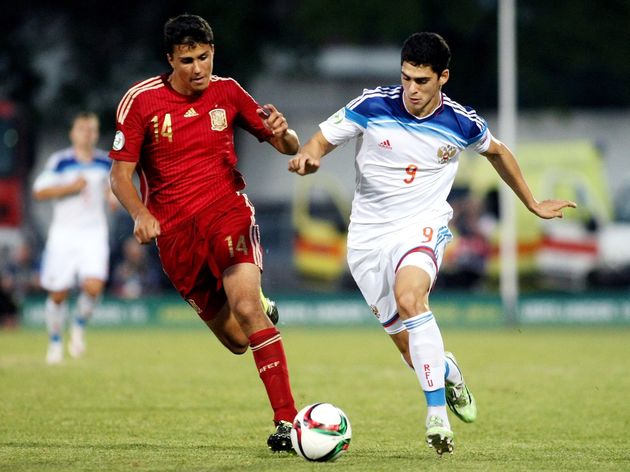 While stars like Marco Asensio, Germany’s Timo Werner and France winger Kingsley Coman stole the headlines at the Under-19 European Championships in Greece four years ago, few players were as important for their side than Rodri.

Spain lost during the group stages to an exciting Russia side, but La Roja made amends in the final by beating Dmitri Khomukha’s side – which included Monaco’s Aleksandr Golovin – thanks to goals from Borja Mayoral and Matías Nahuel.

Rodri was among six Spain players to feature in the Team of the Tournament, including the competition’s Golden Boy winner Asensio.

He Was Described as the ‘Sergio Busquets That Escaped’ Rodri had spent two years in Villarreal’s youth system by the time he started to make a name for himself in 2015, and it was at the Under-19 European Championships that the midfielder was really allowed to take that next step.

Spain’s clash with France in the semi-finals of the competition saw him line up against a former youth teammate in Madrid, Lucas Hernandez, and it was a clash between two players – who by all means were still good friends – that prompted Mundo Deportivo to describe Rodri as the “