?Tyler Adams is a perfect representation of the MLS’ continued investment in youth development in recent years. The 20-year-old versatile midfielder was brought up through the New York Red Bulls’ academy and recently made a move to Bundesliga and Champions League competitors RB Leipzig.

Since Adams’ move to Germany in January, he has gone on to appear in nine matches for Leipzig, starting seven of them before going down with an abductor injury in April. At such a young age, no American outfield player has ever made the jump across the pond and made more of an impact for their side in such a short time. 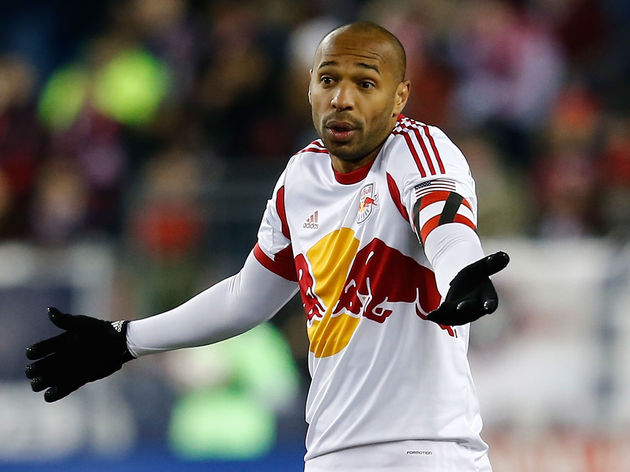 ?Adams speaks about Henry as a hero to him, growing up an Arsenal supporter and then watching the Frenchman dominate ?MLS for the Red Bulls while he was coming through the academy.

The first time Adams met his idol was right after his debut for the club (we’ll get there in a minute) and was congratulated by the French legend. Adams was astonished Henry even knew who he was and the recognition from him meant a lot to the young up-and-comer.

Started and Scored in First Professional Match Against Chelsea ?It was the summer of 2015 and New York Red Bulls were in the middle of an intense MLS season, but Premier League powerhouse ?Chelsea were coming to play a pre-season friendly. The Red Bulls had played a match the day before so much of the first team wasn’t available for the exhibition, opening up space for young players to get a shot.

This match turned out to be the professional debut and start for Adams, as he laced his boots up for the first time against one of the biggest clubs in the world. Chelsea were his brother’s favourite teamand not only did Adams impress, but he also scored his first professional goal. Red Bulls went on to win the match 4-2 and the then 16-year-old’s professional career was on the roll. ?Adams isn’t the only talented footballer in his family, as his brother Dylan Sullivan came through the Red Bulls Academy and will play Division 1 football at Clemson University starting in the autumn of 2019. Sullivan is a solid player himself, and due to the MLS’ homegrown player rules, if he continues to develop he may find his way to the Red Bulls’ first team like his brother.

Adams was quoted in ?The Players Tribune stating: “

Endured a Tough Journey to Become a Professional ?Adams revealed the struggles he went through to get to where he is today. He and his mother would drive 150 miles (241 km) round trip to get to training from their home in Poughkeepsie, NY to the Red Bulls’ facility in Whippany, NJ.

Adams’ father was not around in his life but he was lucky enough to find a family through his mother’s new husband and he speaks about the impact this had on his life. His family on his stepfather’s side were die-hard Rangers fans and would push him to be the best he could be, on and off the pitch.

He’s the Next Young Star of the Bundesliga??

??In his first few months in the ?Bundesliga, Adams has shown he could quickly become on of the greatest Americans to ever play overseas. His ability to play anywhere on the pitch, relentless defensive work rate and spot-on passing ability give him a real shot at becoming a star on the world stage.

Adams will be an important figure for the USMNT as they head into the Gold Cup this summer, with the 20-year-old set to play in a very non-traditional right-back role. After just returning to training this week after a month on the sidelines, Adams will be excited to get back on the pitch for his country when the US take on Jamaica in an international friendly on 19 June.