?Eden Hazard is aiming to seal his transfer from Chelsea to Real Madrid less than a week after the Europa League final, though the two clubs remain a distance apart on the Belgian’s fee.

The 28-year-old is widely expected to complete a move from west London to the Spanish capital in the summer, with Hazard having just one year remaining on his contract at Stamford Bridge, though recent developments suggest that a deal is some way from completion.

Eden Hazard is among the nominees for the @PFA Fans’ Player of the Year award! ?

Get your votes in! ?

According to the ?Mirror, ?Hazard wants his move to ?Real Madrid to be finalised less than a week after playing for ?Chelsea in the Europa League final against ?Arsenal on Wednesday, with a deadline of 4 June set by the forward for his future to be resolved.

The ?Telegraph reports that Los Blancos are preparing a fresh bid for Hazard, but a swift negotiation process is appearing unlikely, given that Chelsea have set a £130m asking price for their pized asset.

Zinedine Zidane’s side are suggested to value Hazard at significantly less and are apparently not optimistic that Chelsea will make any efforts to ease the transfer process by rewarding the player for his performance in the Europa League final. 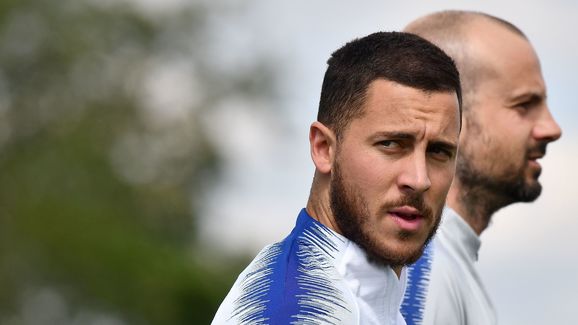 However, Madrid apparently remain optimistic that a deal can be done and that they will be able to land their top target to reinforce their struggling squad ahead of next season.

It is said that talks between the two clubs were initiated in March, but have since been put on hold as Chelsea prepare for their showdown with Arsenal in Baku.

Hazard has told Chelsea that he wants to leave at the end of the season but, despite the player’s stance, Maurizio Sarri’s side have maintained a strong position in sticking to their demands. The deal may not be concluded in time to meet Hazard’s apparent deadline, which would have seen him move to the Bernabeu before Belgium’s Euro 2020 qualifiers in June, and the negotiations look set to rumble on into the summer.

However, it is suggested that a compromise is likely to be reached between the two clubs as the transfer appears almost certain.