?England’s Lionesses secured a 2-0 win over Denmark in their penultimate friendly match of the summer, two weeks ahead of their opening game at the World Cup in France. It didn’t take long after the restart for England to double their lead either, with Arsenal 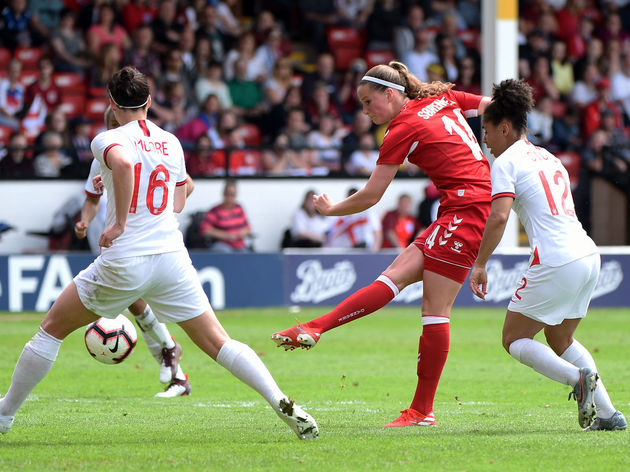 Considering what fans have come to expect from the Lionesses in 2019, their first-half performance left a lot to be desired.

Neville’s side were often narrow in attacking areas and struggled to create too many clear cut chances, while at the back they needed to ride their luck at times to avoid conceding the opening goal.

Things improved after the break and the Lionesses looked like they could score every time they were in possession, but in the end, it was a flattering scoreline and some hard work will need to be put in on the training ground ahead of the World Cup. It wasn’t a vintage England performance, but

When you have a player like Nikita Parris on your team. A goal will be pretty much guaranteed. She scored a beaut against the US in March. #bbcfootball #ENGDEN #Lionesses

Lionesses nowhere near their best but that’s a huge goal from Nikita Parris. Such a top player.

Nikita Parris set to ? this summer. ?