?Paris Saint-Germain are monitoring James Milner’s contract situation with Liverpool, as they remain keen to bolster their midfield this summer.

Milner’s current contract expires this summer, and the 33-year-old is yet to agree on fresh terms to extend his stay at Anfield.

As a result, ?Le Parisien claim that PSG are ready to push for a free transfer this summer, keen for ?Milner to follow ?Manchester United star ?Ander Herrera through the door at the Parc des Princes.

He is currently free to negotiate a contract with overseas sides, although it is expected that he will wait until after the ?Champions League?Tottenham Hotspur?Liverpool

The 33-year-old has been a vital part of Liverpool’s side this season, making 44 appearances in all competitions. He has operated primarily as a central midfielder, although has filled in at full-back on a number of occasions, proving his worth to Jurgen Klopp. 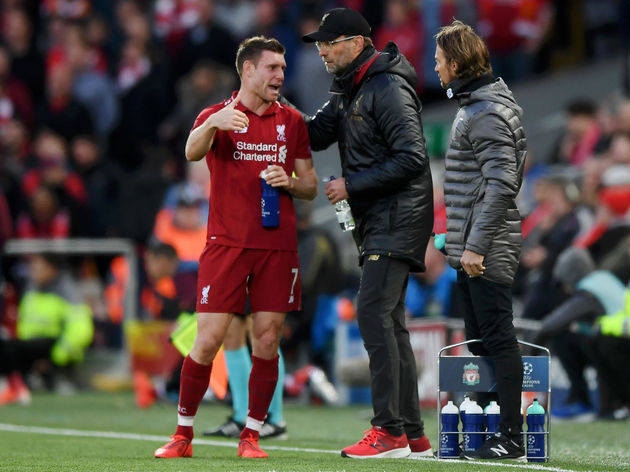