The USWNT broke the all-time World Cup record for margin of victory in Reims on Tuesday night, with a 13-0 win over Thailand to smash Germany’s 12-year mark set with an 11-0 victory over Argentina.

Since this game was so special, and since 90min were around and about at the press conference and in the mixed zone, we thought we’d try something a little bit different in bringing you this set of post-match quotes. Without further ado… 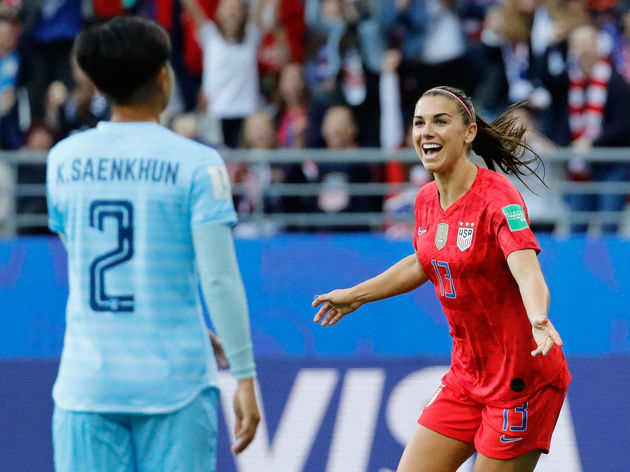 “To tie Michelle Akers’ record [of five goals in a World Cup game] is incredible, but even more than that, this was such a great team performance for us. We showed just how diverse our attack really is, and we know that every goal counts in the group stage – that’s why we had to keep going.

“I think expanding the World Cup to 24 teams was great, and I hope soon enough we expand to 32. I think that will incentivise federations to put more financial effort into their women’s teams and I hope we continue to see the development of women’s teams in their federations around the world.

“I look at the way we played tonight and I feel so inspired by this group of women. When you look at the scoreline it’s high, but when you’re playing in a World Cup every single goal may count, that’s what we were told before the game and that’s why we had to keep going.” 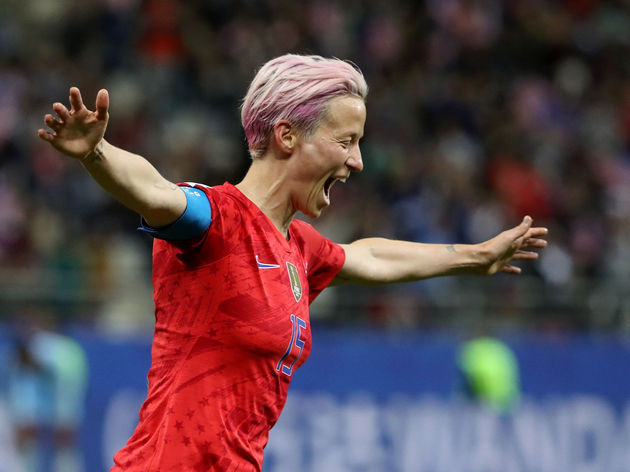 “Obviously we’ve been pent up for the last five days, it’s hard to be the last team to play – I haven’t experienced that before and everyone was super antsy.

“I don’t know if we needed to make a statement. We’re us, the target’s on our back anyway, but we wanted a good performance. We know the competition will be stronger from here on and hopefully once we get into the knockout stages. But yes, the US has played, and we’ve arrived.

“It sucks to get that many goals scored on you, but you don’t want to take your foot off and pass the ball around in your own half for 30 minutes. We have the utmost respect for everyone we play, but it’s the World Cup. That’s part of it. That’s part of growing the game, this is their second time in the World Cup and they’ll improve from here.

“Any world record and anything we can get over the Germans, we’ll take it.”

“I’m sure that FIFA can mandate some ways [to push federations to keep funding their women’s teams after heavy defeats], like you don’t get money for anything else until you give more money to the women and make sure the team’s fully staffed. There’s some teams here who have only played a handful of games since the last World Cup and it’s embarrassing. “In the moment, every time we score a goal in a World Cup…I’ve dreamt of it since I was a little girl. Tonight we knew that every goal could matter, and when it comes to celebrations – this was a really good team performance and it was important for us to celebrate with each other. 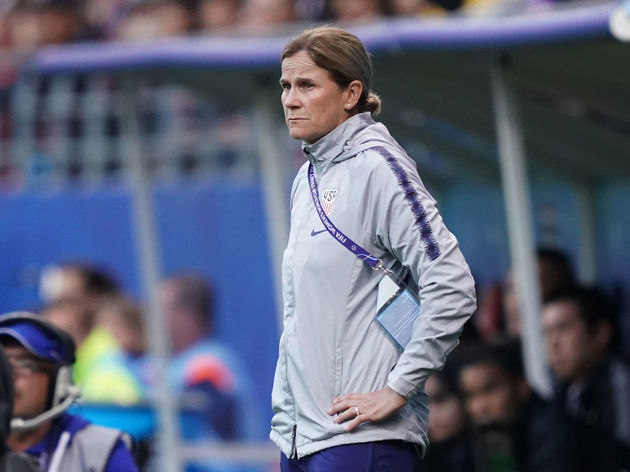