?After an incredibly promising season for the Foxes, Brendan Rodgers and co. will be hoping to build upon their position in the league to mount another challenge for European qualification next season. And with the breadth of quality in which Leicester have coming back from some strong loan spells, their dream of becoming a top club in England once more may become a reality. 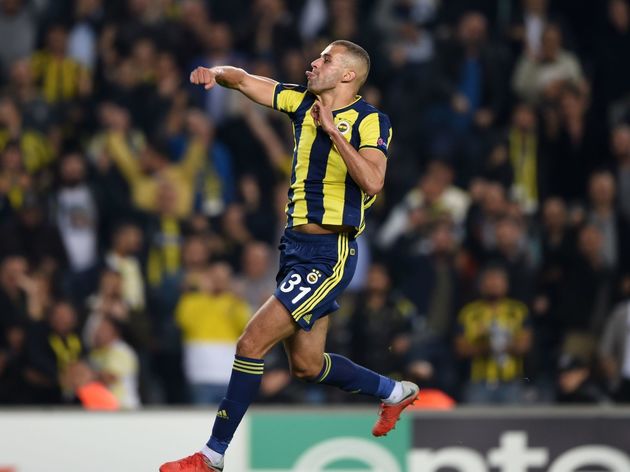 ?The 30-year-old just hasn’t hit the heights expected of him when he signed for ?Leicester City for a club record-breaking fee of £29m back in 2016. Having only made 35 appearances for the Foxes in three years, only scoring eight in that time, his Foxes career may not be over.

Last season he was loaned out again, after a previous unsuccessful loan spell at ?Newcastle, he moved to Fenerbahce, where he scored a solitary goal in 15 appearances.

Slimani will undoubtedly be moved on from the King Power after many failed loan spells, this should help give him another chance of reaching the heights he did for Sporting CP in the 2015/16 season, and it should help free up a massive chunk of wage budget for future signings. After all the hype surrounding the signing of this player on deadline day in 2017, Silva’s Leicester career fizzled out as quickly as it started. In his first season with the club he failed to make any major impact upon the starting XI, and was loaned out to Monaco in January to aid them and their relegation troubles, with Youri Tielemans moving the other way. Silva went nine games unbeaten with Monaco, and was a pivotal figure in the ascent out of the drop zone.

Even though Monaco finished the season only two points outside of the relegation zone, Silva reignited his career to some degree and may have earned himself a spot in next year’s starting XI under new manager Brendan Rodgers. Diabate spent the second half of the season on loan at Turkish Super Lig side Sivasspor after failing to impress at the King Power, with his fortunes turning around whilst he was at Sivas. He became a crucial first team player, and in 17 league games he scored two goals and got three assists, with the 23-year-old scoring an incredible solo goal against Besiktas. According to reports from Turkish news outlet ?Fanatik, Besiktas were so impressed with the goal that they’re looking to sign him permanently.

Diabate doesn’t look to have guaranteed a starting place under Rodgers, with the Foxes having a plethora of excellence in the wide-areas of the pitch, meaning this move for Diabate looks more than likely. ?Club legend Andy King has been with Leicester since 2006, playing well over 300 games for the Foxes, and was pivotal in Leicester’s 2015/16 Premier League winning campaign. Yet as of late, his career at the King Power has stagnated, being relegated to various ?Championship loan spells plagued by injury and a lack of fitness. This was the case for his spell with Frank Lampard’s ?Derby County, as he suffered an ankle injury in February ruling him out for the rest of the season.

The 30-year-old will likely be sent out on loan again, with Leicester being unable to sell or release this iconic player without some fans revolting. ?Benkovic signed for Leicester City in 2018 from Dinamo Zagreb for a deal worth around £13m, and has spent his first season in the United Kingdom on loan at Rodgers’ former club and current Scottish champions Celtic. In his first season he made 19 appearances for the Hoops scoring two and assisting one from centre-back, to top off a remarkably impressive debut season.

However, it seems as though Celtic fans don’t need to mourn his departure just yet as Rodgers has plans for him to return to Celtic Park, as quoted in the Daily Record, “