?Daniel James could not have hoped for a better introduction to life at Old Trafford, as the 21-year-old scored Man United’s final goal in their 4-0 battering of Chelsea on Sunday.

However, as well as putting the icing on the cake of a superb win for the Red Devils, James’ goal also etched his name into the club’s record ?This was four years ago?! How time flies. I’m sure you remember this one, but for anyone who doesn’t, this is how ?Anthony Martial introduced himself to the Manchester United fans.

After replacing Juan Mata in the 65th minute, Martial received the ball down the left wing, about 35-yards out from goal. With seemingly nowhere to go, the Frenchman decided to take on Martin Skrtel anyway, who was trying in vain to show the young forward down the line.

Martial cut inside before seamlessly rolling the ball back to where it came from, as the hapless Skrtel in turned inside-out in front of 75,000 people. With the Slovakian dealt with, Martial now had a free sight at goal – and made no mistake, slipping it past Simon Mignolet.

The goal would turn out to be one of the highlights of a season in which the Red Devils’ only silverware was the FA Cup. This goes some way to explain the depth of feeling that United fans still have towards Martial, despite his patchy form since then. 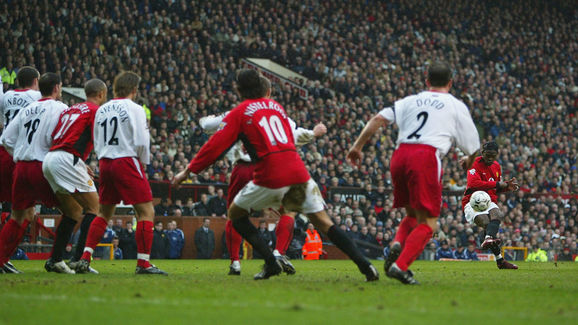 ?Sir Alex Ferguson was always a subscriber to the belief that you should make additions to your squad when you are at your strongest. Why? The market is more favourable as you are not desperate, and a new arrival can inject an increased level of desire and competition into an already successful side.

The signing of Patrice Evra is often argued to be the typical example of this approach, but the acquisition of Louis Saha is an often-neglected instance of this very same phenomenon. When Saha signed, United were Premier League champions and had the best striker in the league: Ruud van Nistelrooy.

So why sign Saha? Well, the Frenchman announced these questions resoundingly on his United debut against Southampton.

Saha opened the scoring against the Saints with an irresistible free kick, just 18 minutes into the game. Over the next four seasons the striker would contribute a further 41 goals for the Red Devils, winning a Champions League and two Premier League titles in the process.

I guess that’s why you strengthen when you are at your best. ?Josh Harrop was one of the benefactors of José Mourinho’s decision to abandon any pretence of Man United putting their strongest team out in Premier League games at the end of the 2017/2018 season, as he was included in a youthful side that won 2-0 against Crystal Palace in May.

With Man United’s Europa League final looming, The Special One gave Harrop his first team debut at Old Trafford – and he repaid his faith within 15 minutes.

Receiving a pass from Paul Pogba, Harrop cut inside onto his favoured right foot and found the bottom corner with a cultured finish.

What next for Harrop? This must have kick-started a memorable United career. Well, not really. He would turn down a contract from the club not long after this, in favour of first team football at Preston North End. Still, a 100% game-to-game ratio for Manchester United isn’t the worst thing to have on your footballing CV. Making a name for himself with a sumptuous goal for Crewe Alexandra in the League Two playoff final, Nick Powell arrived at Manchester United in the summer of 2012 amid a flurry of  hopeful expectation. His debut did little to quell the hype.

After he came on in the 71st minute during a game against Wigan Athletic, replacing Paul Scholes no less, he produced a goal reminiscent of some of Scholes’ best for the Red Devils.

Sadly, this would be the peak of his career at Old Trafford, as injuries, as well as an alleged poor attitude to training, hampered his development.

Following a string of loan spells, Powell would eventually depart United permanently for the team that he opened his Premier  League scoring account against: Wigan, before moving on again this summer to Hull City. 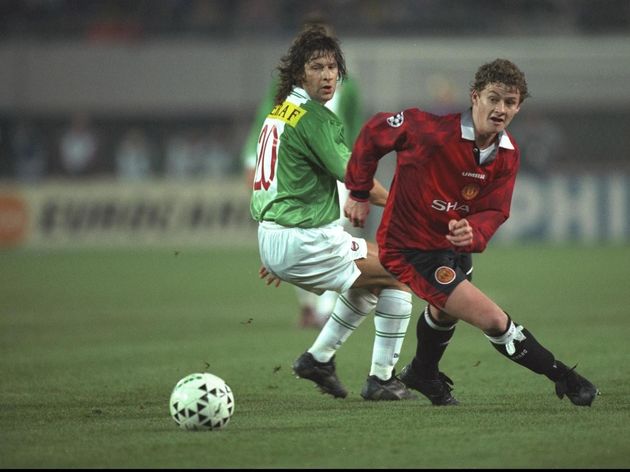 ?Yes that’s right, the man who is level with Daniel James for the quickest-scoring debutant in Manchester United history is…the manager who brought him to the club: Ole Gunnar Solskjaer.

Over a nine year spell at Old Trafford, Solksjaer would score 127 goals, and this goal bonanza got under way just seven minutes in his debut against Blackburn Rovers. Replacing David May in the 61st minute with Rovers leading by two goals to one, the youthful Norwegian ensured his first game in the Premier League would be one to remember.

A long goal-kick from Peter Schmeichel was flicked on superbly by Jordi Cruyff to Solksjaer, who was in acres of space.

His first shot was straight at Tim Flowers, but he made no mistake with the rebound, securing an equaliser for United. A proper old school goal, to kick off a legendary career in Manchester.