?Arsenal want to reward striker Pierre-Emerick Aubameyang for his brilliant goalscoring form and have hatched an incentive-based plan designed to keep him at the club.

The Gabon international has been brilliant since switching the Bundesliga for the Premier League back in January 2018, managing 43 goals in 67 appearances in all competitions for the Gunners. There has, however, been talk of Aubameyang potentially leaving the club in the future, but Arsenal are eager to reward the striker for his great performances and are working on a ‘complicated’ deal to keep him, according to ?the Telegraph.

The north London side will give Aubameyang a major bonus if he fires them back into the Champions League, with head of football Raul Sanllehi leading negotiations and hopeful of pulling off another extraordinary piece of business.

Arsenal were widely praised for making some marquee signings during the summer transfer window, with Nicolas Pepe, Dani Ceballos, Kieran Tierney and David Luiz all seen as brilliant investments. 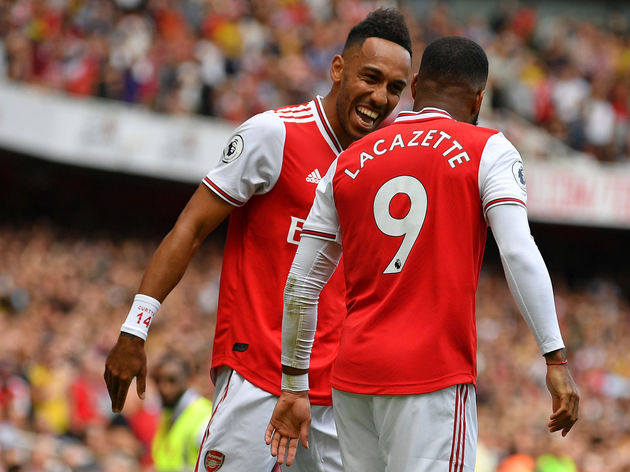 While any new contract would not see Aubameyang earn the same fixed amount as the club’s top earner Mesut Ozil, who currently bags £350,000-a-week, the new offer would be structured in such a way that the former Borussia Dortmund star could end up making that amount through added bonuses if Arsenal qualify for the Champions League.

What is not yet clear is whether Aubameyang’s deal will be extended under the new terms, but ?Arsenal understand the 30-year-old interested a number of clubs over the summer and hope the new deal and its big pay rise would make their commitment to him clear to see.

?Aubameyang scored in Arsenal’s 2-1 victory over Burnley on Saturday, adding to the strike that helped the side beat Newcastle on the opening day. Unai Emery’s team face ?Liverpool on Saturday next.