?24 May 2009: Sami Hyypia plays his last game for Liverpool and Finland lose their only Premier League representative.

9 August 2019: Teemu Pukki becomes the first Finnish footballer to play in the English top flight for over a decade and scores a consolation for Norwich City at Anfield.

17 August 2019: The entire population of Finland has a new hero: the man who just defeated Newcastle United all on his own. Ok, Pukki obviously needed the help of his teammates in the ?Canaries’ 3-1 victory over the ?Magpies last weekend, but it was the striker’s cold-blooded finishing (no pun intended) that sealed the win.

During his brief spell at Celtic, Pukki was gradually frozen out of Neil Lennon’s first-team plans. He made just 25 league appearances following his arrival from ?Schalke in 2013, failing to hold down a starting berth despite a reasonable return of seven goals.

That spell in Scotland left the forward feeling less assured of his abilities, leading to a move to Danish outfit Brondby after just a season at Celtic Park.

Closer to home and back in a supportive environment, he re-learned his trade and worked diligently on his work both on and off the ball. That is how the modern version of Pukki was forged.

Norwich were the beneficiaries of that stint back in Scandinavia as they snapped him up on a free once his contract with the Copenhagen club came to an end. A total of 69 goals in 161 matches for Brondby saw Daniel Farke leap at the chance to sign the Celtic misfit.

Ten goals in his first campaign in Denmark was acceptable as Pukki searched for his missing mojo. 13 the year after was not an issue either; confidence isn’t easy to build up.

It clicked for Pukki in the summer of 2016, with the Fin amassing a total of 46 goals in his final two years with Drengene fra Vestegnen. He hasn’t looked back since then. 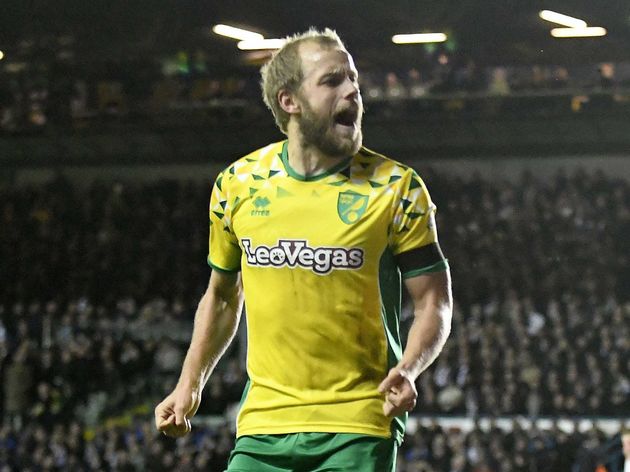 Having been chewed up and spit out by the footballing world, Pukki came back more determined than ever to prove all of his doubters in the British Isles wrong.

Everybody knows the difficulties of navigating the ?Championship. For a viking like Pukki, those stormy seas were more like puddles. He struck on 29 occasions as his new club soared to the top of the table and back into the big time, demonstrating his newfound ruthlessness in front of goal.

Clinical. That is a very accurate way of describing this man’s prowess when it comes to finding the net. Just take a look at his treble versus Newcastle and you will see that he aims to be effective, rather than flashy.

Pukki’s three efforts against Steve Bruce’s weary warriors showed several different qualities that he possesses. The journeyman is comfortable with either foot, is patient and rarely flustered and can find the corner with impressive accuracy. Those four strengths have been the foundations of many great goalscoring careers in the first division. It’s not all about pace and physical prowess; sometimes desire and hard-work are enough to take a player to the top.

Pukki has evidently had to graft to reach such performance levels, something his goal record over the last decade proves.

Up until the start of his third year at Brondby, he would find the back of the net approximately once every four matches. Since the start of 2016/17, he has averaged almost two every three games.

Progress doesn’t just happen. It takes a winning mindset, the will to suffer for a better future and countless hours spent ironing out faults. You can probably imagine what Pukki was up to between the time of his Celtic departure and his return to these shores four years later. He was toiling away and honing his skill-set. He was reaching peak Pukki.

That is why his marvellous start to 2019/20 is not just a flash in the pan. He has earned the right to be here, showing grit and determination to right past wrongs and make himself a more rounded footballer. Pukki has class, Pukki is permanent.