Manchester United have started the season encouragingly enough. They thrashed Frank Lampard’s Chelsea in their opening game, before being a missed penalty away from making it two wins from two against Wolves on Monday night.

Next up for Ole Gunnar Solskjaer’s side is Crystal Palace, who visit Old Trafford on Saturday. They come fresh from a damaging 1-0 defeat to Premier League newcomers and overlapping centre-back enthusiasts Sheffield United?. United should be confident of securing three points against the Eagles in front of their home crowd.

Here’s how the Red Devils are likely to lineup against Roy Hodgson’s side. 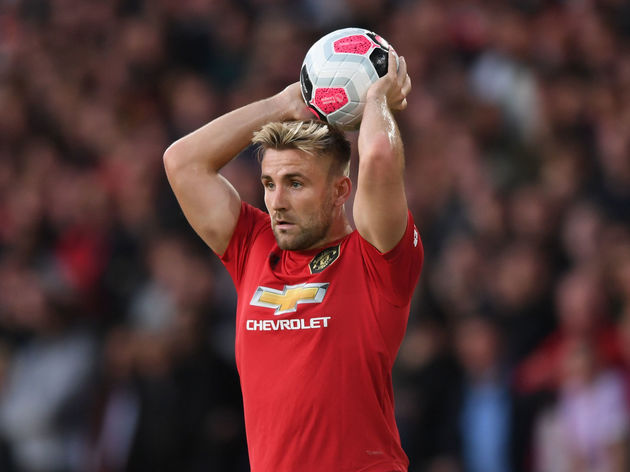 Aaron Wan-Bissaka (RB) – The long-legged Aaron Wan-Bissaka has settled very quickly into the United first team. He will face his former side on Saturday and there is no one better equipped to deal with Palace’s danger man Wilfred Zaha. The 21-year-old marked him in training for the entirety of last season.

Victor Lindelof (CB) – One half of the centre-back pairing that United hope will serve them well for the rest of the campaign, Victor Lindelof has had a error-free start to the season. The Swede looks set to rewarded for his impressive form as well, with a ?new contract likely to be thrusted into his direction in the very near future.

Harry Maguire (CB) – The world’s most expensive defender has a long way to go before he can fully justify his £80m price tag, but nevertheless ?Harry Maguire has still had an encouraging start to life at Old Trafford. Faultless against Chelsea and only being dribbled past once by Raul Jimenez at Molineux, the former Leicester man has cut an imperious figure for the Red Devils.

Luke Shaw (LB) – Last season’s player of the year (of which there was very little competition) has continued his good form into the current campaign. Shaw’s tenacity and discipline is an asset to the United back-line and the 24-year-old should start most games for Solskjaer. ?Scott McTominay (CM) – He may not be the most glamorous midfielder, but Scott McTominay’s hard work and defensive discipline make his an essential cog in the United machine. The Scotland international covered more ground than any other player against Chelsea, and it is this sort of legwork that allows the players in front of him to express themselves.

Paul Pogba (CM) – After a summer of speculation, Paul Pogba now seems set to remain a United player for the foreseeable future. His class is evident to anyone who watches him play and he will be keen to put his penalty miss against Wolves behind him on Saturday Marcus Rashford (LW) – Showcasing a composed finish and a superb work rate against Chelsea, Marcus Rashford appears to be especially motivated this season. Cutting in from the left suits Rashford, and his propensity to interchange positions with Anthony Martial will be potent weapon for United all season long.

Anthony Martial (ST) – Two goals in two games is a great start for a player whose Manchester United career appeared to be over in the not so distant past. Martial has looked very impressive in the striker role so far this season, and deserves to once again be wearing the coveted number nine shirt.