The club confirmed on Monday that their initial takeover bid had collapsed, and they had until 5pm on Tuesday to finalise a deal or their EFL status would be revoked. However, an extended deadline was set to allow the club to find a solution, allowing them to continue trading.

Speaking on the club’s ?official website, it now appears those fears can be put to bed after the deal was announced, which will save the club from dropping out of the Football League.

? Breaking: We are pleased to announce the sale of Bolton Wanderers to Football Ventures (Whites) Limited has been completed.

An excerpt reads: “This has been one of the most complicated administrations I’ve been involved with but I’m delighted to say we have finally reached a satisfactory conclusion with the sale to Football Ventures,” said

“At times, some of the hurdles appeared insurmountable and the frustration felt has been immense, not least by the supporters who have had to endure too many weeks of uncertainty.”I would like to pay particular tribute to the Eddie Davies Trust and their legal team who, throughout this whole process, have been willing to do everything in their power to ensure Eddie’s incredible legacy was maintained and not sullied.

“It is a testament to their unflinching determination to do what was best for Bolton that we are able to complete the deal today.

“I have every sympathy for the staff, players and fans who have been forced to stand by while their club was taken to the brink. I am delighted their loyalty, dedication and patience have finally been rewarded. 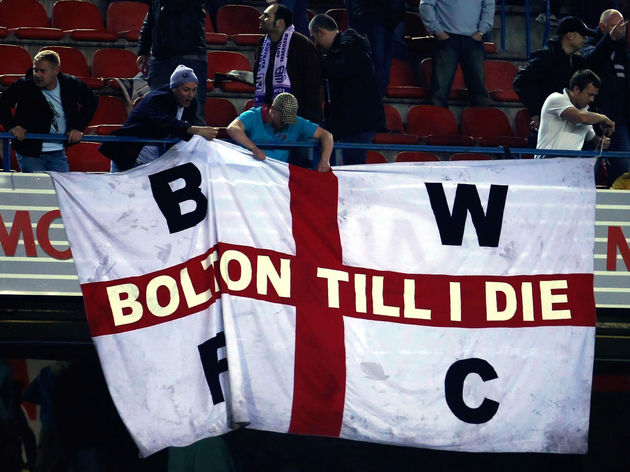 “Now there can be a fresh start with owners who, I believe, will run the club for the good of the supporters and the community as a whole.”For everything the fans have had to endure, they deserve nothing less.”

Ever since late 2015, the now League One club have been dealing with severe financial problems. Despite putting off administration with tireless work since then, the club were unfortunately forced to enter such status earlier this summer, with the new takeover deal meaning they will retain their league status and continue trading.

After years of doing all they could to avoid the worst possible outcome, the club were forced to enter administration earlier this summer, and they must now finalise a takeover deal in the coming hours if they are to continue trading.