Pogba missed three games in all competitions after picking up an ankle problem against Southampton back in August. He returned to action when United faced Rochdale in the Carabao Cup, but manager Ole Gunnar Solskjaer then revealed the player had taken another knock. Pogba was unexpectedly back in the side a few days later to face Arsenal, but hasn’t been seen since. Some have cast him as a doubt to face Liverpool after the current international break, while other sources have painted a more optimistic picture of a possible return.

A report originating from L’Equipe – shared in English by Sport Witness – has claimed the reason for Pogba’s latest absence is a small crack or ‘microfisure’ to a bone in one of his toes.

The Frenchman is said to have sustained the problem against Rochdale and a subsequent scan apparently revealed the damage. But while United are said to have thought he would be fine to face Arsenal, it is claimed his appearance in that game made the pain worse. 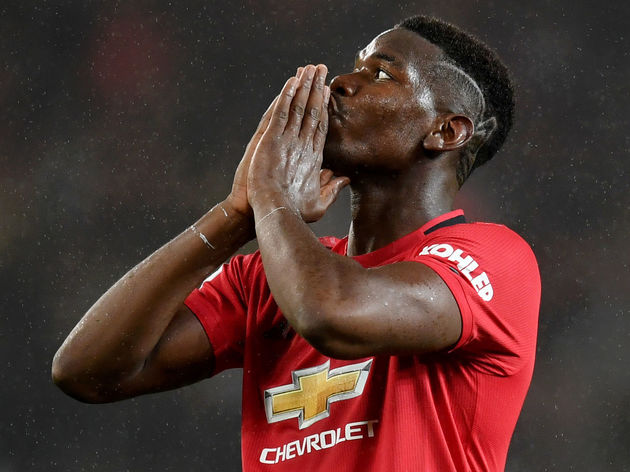 In what will be a relief to United fans, the report notes that surgery is not being considered, with a more natural recovery being favoured as things stand.

United did confirm in the wake of the Arsenal game when naming their squad to face AZ Alkmaar in the Europa League that Pogba had been advised to rest. This week, the 26-year-old has been recuperating in the warm weather setting of Dubai, sharing a video via Instagram.

What is interesting is the potential timeframe for a return. L’Equipe suggests a seven-day period of ‘immobilisation’, followed by a further two or three weeks for a full recovery. There is no direct mention of when that may have begun, but if United were aware that Pogba needed rest prior to the AZ game a week ago, chances are he has already completed the initial stage.

Now for the alleged ‘two or three weeks’ of further recovery. If that is an accurate estimate, it would rule Pogba out of facing Liverpool at Old Trafford, which is now only 10 days away.

United could probably rush him back to fitness sooner than that, but it may be considered too large a risk if there is a possibility a further setback could keep him out of action for much longer.