Finding the narrative beneath the narrative ahead of the big matches isn’t often easy, but every so often you find a story that writes itself. 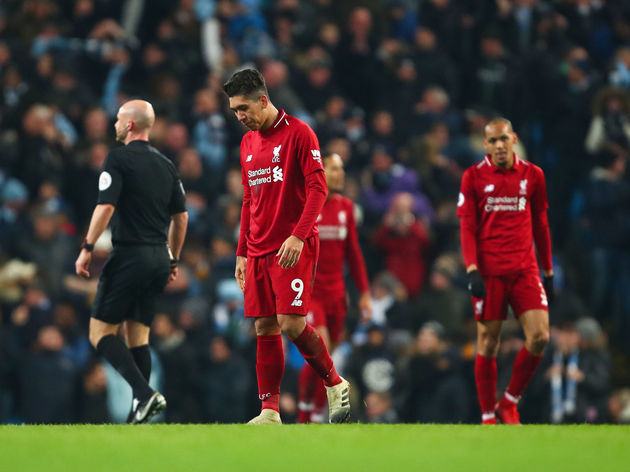 ?it’s far from a must-win

To do so, he would have to edge ahead of Guardiola in his 17th competitive meeting with the Spaniard, in a run of games that stretches back to November 2013 – when Klopp’s Dortmund side received a reality-checking 3-0 defeat in the infancy of Guardiola’s ?Bayern Munich tenure.

By this point, Klopp’s Dortmund years had peaked, but that didn’t stop the two sides trading blows over the course of the next two seasons. The two managers would face off a further six times in Germany, with Bayern famously pipping their rivals to the 2014 DFB Pokal, only to lose to them in the resulting Super Cup.

Klopp vs Guardiola – Record in Germany

By the time Guardiola arrived in England for the beginning of the 2016/17 season, then, the rivalry was set to be reignited, but few would ever have expected it to take off to the heights it has since.

Klopp, having taken a brief sabbatical after leaving Dortmund, was starting to get things into working order at Anfield. He had arrived on the scene in October 2015, and though they failed to qualify for Europe in his maiden campaign, a vaguely revamped squad would embark on a season that would see them return to Europe’s top competition.

.@fernandinho ? We’re searching for this first time to win at Anfield.

We’ve had a few days to prepare and will be ready, I can assure you.

They would finish fourth, just two points behind third-placed ?City, who had fallen well below expectations in Guardiola’s first season. This wasn’t helped by a New Year’s Eve defeat on Merseyside, thanks to a Georginio Wijnaldum strike, nor was it really aided by a 1-1 draw that came about at the Etihad three months later – with a late

Any pressure Guardiola found himself under, however, was of course relieved over the course of an historic 2017/18 campaign. Though even then, he couldn’t quite shake off Klopp.

The famed 5-0 win at the Etihad, after Sadio Mané’s red card, looked to have put a chasm between himself and his old rival, but that lasted only until his next trip to Anfield. There, his side lost 4-3, preceding a Champions League quarter-final that saw the Reds convincingly win both legs.

City finished the season as runaway Premier League champions, but Klopp’s men were on the up, and looked sure to challenge their grip on the throne in the season ahead.

And so it proved. Last season’s indescribable title race – with City and Liverpool taking the second and third best points tallies in the competition’s history – ended up hinging on the record between the sides. In the end, City’s 2-1 victory in January, coming after a Merseyside stalemate, proved enough to edge them to the title by a single point.

They won the Community Shield that followed after a 1-1 draw had to be decided on penalties, but that one feels as if it pales in comparison beside what is to come on Sunday. Klopp and Guardiola, their competitive record poised on a knife-edge, will once again look to out-think the other and put three priceless points on the board for their side.

They’re two managers with wildly different routes to the top and vastly contrasting ideologies. Yet they know each other like bread knows butter, and cannot be separated no matter what you put between them.

The unstoppable force paradox is an over-used reference in football, but it is truly predicated on occasions like this.