Luis Suarez has said that it is ‘difficult’ to imagine Liverpool failing to win the Premier League this season, but says that winning the title back in 2014 would have had ‘more merit’ due to the youth and relative weakness of the squad with which he played.

Prior to joining ?Barcelona, Suarez’s 31 Premier League goals nearly helped the Reds to the title in 2013/14, but they fell at the final hurdle under Brendan Rodgers and allowed ?Manchester City to overturn a five-point lead with three matches remaining.

Rodgers left just over a year later, with the club appointing Jurgen Klopp in his place and undergoing a remarkable four-year rebuilding process that has put them back at the top of the table. They now sit eight points clear at the top, nine ahead of defending champions Manchester City, and ?Suarez says it’s difficult to imagine them losing their lead from here – but insists it would have been more impressive had it been the 2014 side that ended the Reds’ 30-year wait for a top-flight crown, and not the current European champions.

“[Winning the Premier League] is difficult because the season is very long,” he said, via ?ESPN. “But they have a nice advantage at the moment and with this current Liverpool side, it’s complicated [to imagine] them letting that slip.

“But we all know how football is. They had a similar advantage at one stage last season and, in the end, Manchester City won the league. We were close to winning the league at ?Liverpool with young players. We almost managed it without the budget they have today. Given everything Liverpool are now, to have won it then would have had more merit.” 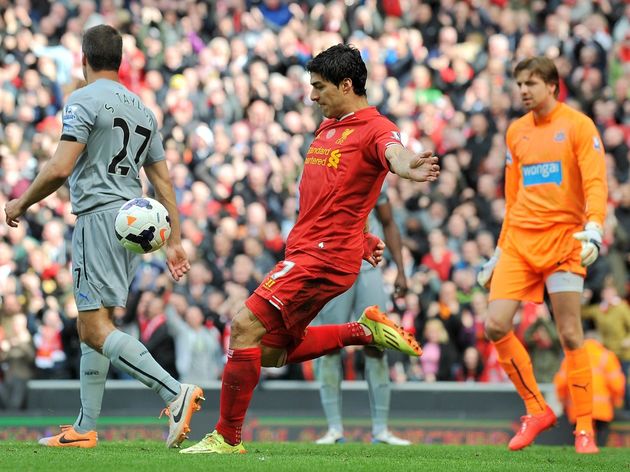 Suarez has watched the Reds rise from his new home in ?Barcelona, and starred as his side lost a lead of their own at Anfield last season, crashing out at the semi-final stage of the Champions League 4-3 on aggregate after winning 3-0 at Camp Nou.

He could be on the move again in the foreseeable, however, with a ?move to MLS potentially on the horizon for the 32-year-old. Suarez has hinted at the possibility of heading over to America, discussing his respect for the league and the focus it has on developing South American talent.

“MLS is a competition which has grown a lot in the last few years and you can see that with the young players that have moved there in the last two years, above all the South Americans,” he said. “That shows that the league wants to grow and not just bring in players of a certain age that are going to retire there. They look for that mix to make the league better.”