?Boca Juniors forward Carlos Tevez has revealed that a random gesture from former teammate Wayne Rooney was the catalyst for their friendship during their years together at Manchester United.

Tevez and Rooney spent two seasons together at Old Trafford and struck up an incredible partnership on (and seemingly off) the pitch which resulted in only two Premier League defeats when the pair started together.

The Argentine has opened up about Rooney and explains how the former Everton man helped him settle in the north west of England. 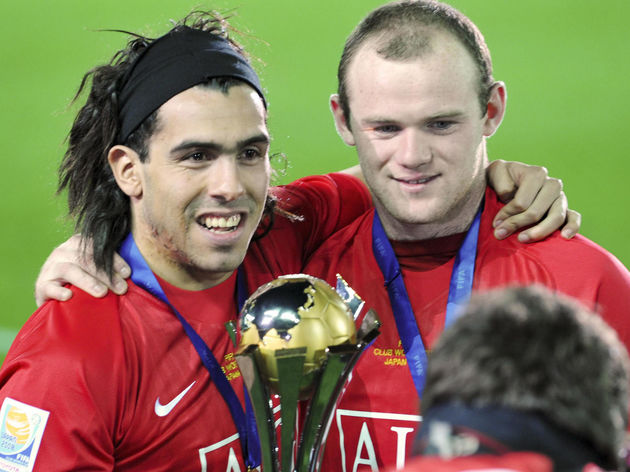 However, speaking to ESPN (via Spanish outlet ?Marca), Tevez alluded to one instance of generosity – Rooney donating a Lamborghini to him – as a major factor for the close relationship between the two.

“I appeared with the Audi that the club gave you and they charged me full price, as if it were with a Fiat 500. Then I started to ask and this crazy Rooney tells me ‘take the Lamborghini’.” In the same report, Tevez suggested that their similar upbringing was another reason for the pairs seemingly telepathic connection on the pitch.

“I identified a lot with him by the place where he came from, which was a low [class] area of Liverpool”, Tevez added. “He always fought the ball as if it were the last, he played like me. I felt very personal, I was very reflected in him.”

During their time together at ?Manchester United, Tevez and Rooney won two Premier League titles, one Champions League, one League Cup, one FIFA Club World Cup and one Community Shield, making for an impressive trophy haul.

Since returning to his native Argentina with Boca Juniors, Tevez has continued to add silverware to his trophy cabinet, winning the 2017/18 Primera División and the 2018 Supercopa Argentina.