When Jurgen Klopp arrived at Borussia Dortmund at the beginning of the 2008/2009 campaign, the club were in a millions miles away from the footballing powerhouse that they would become.

Without a trophy since 2001, their 90s heydays – where a team that bizarrely included former Norwich City boss Paul Lambert won the Champions League – were a distant memory.

In just two season, Klopp transformed a club on its knees into Bundesliga champions once again, leading BVB to a first placed finish in the 2010/2011 campaign. 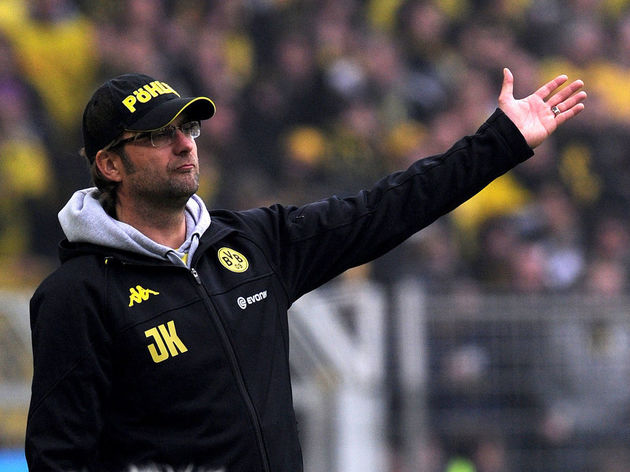 That season may have been spectacular but if you really want to comprehend their irresistible appeal, it is better to use the following year as your vantage point.

Dortmund’s 2011/2012 campaign was ‘heavy metal football’ in its most devilish form. Rebelliously defiant and breathtakingly relentless, Klopp made Dortmund a force to be reckoned with and, much more importantly, elevated them culturally to become one of the coolest teams in football.

This uber-cool factor stemmed from a number of sources. One, they were plucky upstarts, loosening the establishment’s grip on German football by starving Bayern Munich of trophies. Who doesn’t like a rebel?

Second, Klopp was young and exciting. He was passionate to a fault at times and spoke about football in an immensely passionate way, while also popularising sexy tactical concepts such a gegenpressing – which in the ‘proper football-men’ dictionary roughly translates to ‘getting stuck in’. The third cause of Dortmund’s coolness was their absolutely stunning kit. Produced by Kappa, it included a genius checkerboard design, the black squares presented beautifully on a radiant yellow background, with the manufacturer’s distinctive logo further enticing football hipster to join their cause.

It was impossible to play a five-a-side match during the Dortmund’s Klopp era without spying at least one BVB shirt floating about, something that would have been unthinkable before the current Liverpool boss’ arrival in 2008.

Anyway…I can imagine my sub-editor is currently raging that we are 300 words into this all-decade piece and I have neglected to mention what the club actually achieved during the 2011/2012 campaign.

Building on their previous season’s title success, BVB went one better – by securing a domestic double. The reason they were able to overcome Bayern’s financial mite was that Klopp’s tactics made his players far more than the sum of their parts.

BVB principally relied on the playmaking abilities of their system itself as opposed to one particular player.

It’s an abstract idea but essentially, by pressing the opposition in a well-organised fashion, Dortmund hoped to win the ball back with their side perfectly poised to complete a counter-attack.

Klopp, influenced by his Mainz mentor Wolfgang Frank, theorised that the opposition are always at their most vulnerable when they have just lost the ball. Thus, in transition Klopp aimed to get the ball forwards as quickly as possible to provide his side his the best opportunity to exploit this. Dortmund’s 4-2-3-1 formation helped to facilitate this style, as when one of the central midfielders – usually Ilkay Gundogan, Sven Bender or Sebastian Kehl – won the ball back they always had at least four options to move the ball forward.

This led to forwards Jakub

The system required hard-work yes, but much more importantly it required supreme concentration and tactical discipline, which Dortmund had in spades.

Still, their success was pretty unbelievable especially considering the economic advantage that Bayern had over them and it has seemed particularly unlikely following their terrible start to the season. After losing to bitter rivals Schalke in the German Supercup, BVB

Against Mainz they were again underwhelming, falling behind to a Nicolai Muller goal on the half hour mark. Clearly given whatever Klopp’s version of the hairdryer treatment at the break, Dortmund came out revitalised in the second half – eventually nicking a last minute winner through converted full-back Lukasz Piszczek. 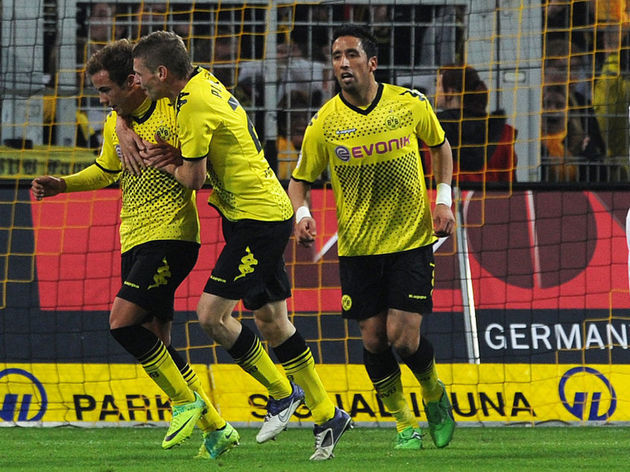 The scenes after the final whistle were typical of their manager’s emotional nature. Initially bounding onto the pitch to celebrate with his players, he then thought better of it, turning straight back around to hand out some of the hardest high fives I have ever seen to a few lucky members of the crowd (or possibly unlucky if their wrists were broken?).

The game would prove be the turning point in the season – Piczczek’s goal the instigator of a merciless Dortmund revival.

After the Mainz victory the team would not lose another league game that season, their unbeaten run stretching to a remarkable 28 games – which is still a Bundesliga record.

Some of the standout performances along the way included a 5-0 win over Koln, a 5-1 victory against Wolfsburg and 4-0 demolishing of Freiburg. Though these results were impressive, the title was really won in Dortmund’s games against Bayern.

In many ways the league encounters between the two sides were distinctly un-Dortmund like. BVB secured a pair of well-disciplined 1-0 wins that seemed to defy Klopp’s all-action footballing philosophy – probably fitting better into José Mourinho’s playbook.

BVB were afforded a chance to rectify this in the DFB Pokal. After securing the Bundesliga title with two games to spare, second placed Bayern Munich were given a chance for revenge when they faced Dortmund in the final.

It was chance that they would not be able to take, with Klopp men putting on a showcase of heavy metal football that made for a perfect end to a near-perfect season. Suffocating Bayern from the opening minute with their relentless pressing, Lewandowski would bag a hat trick as BVB ran out 5-2 winners.

It was a statement to the world – Borussia Dortmund were to be taken seriously as European powerhouse.

Well, that’s it felt like at the time. In reality this would be the last major trophy that Klopp would win at the club with Bayern dispatching of them in the Champions League final the following season. 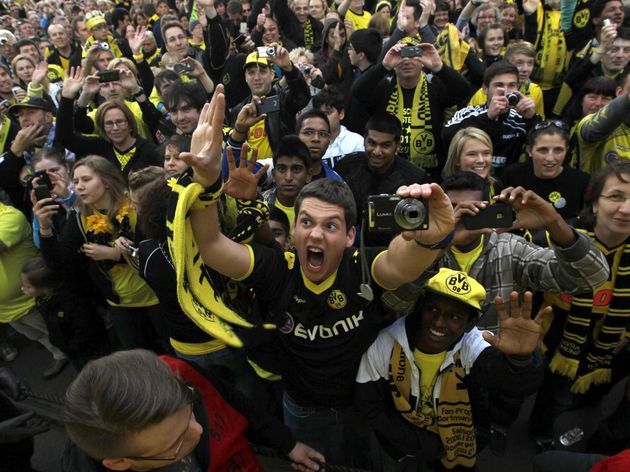 Dortmund’s famous squad would also be gradually decimated over the next few seasons, with defensive lynchpin Mats Hummels, top scorer Lewandowski and the enigmatic Mario Gotze all being poached by Bayern within a matter of years.

Despite this painful reality, Dortmund fans will always have the memories of the 2011/2012 season, when a man with floppy hair and a love for heavy metal transformed them into the coolest football team in the world.

Atletico Madrid 2013/14: The La Liga Title Which Never Should Have Been – and the Great ‘What If’

Germany 2014: The World Cup-Winning Squad That Took 14 Years to Build

Bayern Munich 2012/13: The Robbery in Europe Where Domination Was a Criminal Understatement