Football is the most popular game in the world. Millions around the world follow it, and even stars from other sports can’t hide their passion when it comes to the beautiful game.

Whether it was a childhood passion or a discovery later in life, athletes all have their own reasons for supporting various sides.

So with that in mind, here are nine athletes who love a specific football team.

?During his childhood, NBA icon Kobe Bryant spent seven years living in Italy, where he developed his love for Milan.

Bryant’s idol was Netherlands striker Marco van Basten, who led Milan to back-to-back European Cup triumphs in the 1988/99 and 1989/90 campaigns.

However, he is close friends with both Ronaldinho and ?Lionel Messi – so a fondness for ?Barcelona has inevitably developed in recent years. Tennis star Rafael Nadal has never shied away from his love for ?Real Madrid. The Spaniard can regularly be seen supporting Los Blancos, while he also takes a keen interest in the Spanish national team.

His love for Real is so strong that he has even been tipped to become a future president of the club once Florentino Pérez steps down.

Nadal also keeps an eye out for his local side Mallorca. He became a shareholder in the club back in 2010 to help support them financially, but his one true love is Los Blancos. Nadal is not the only tennis star to take an interest in football. Argentine Juan Martín del Potro spends plenty of his free time playing the sport and following his beloved Boca Juniors.

He loves to get involved with local fan club Los

Del Potro is also close friends with former Italy international Mauro Camoranesi, who grew up in the same city as the tennis star, Tandil. As a result, he also follows ?Juventus, with whom Camoranesi spent eight years between 2002 and 2010.?

When Lewis Hamilton is not racing around the track, you can usually find him following ?Premier League giants ?Arsenal.

His love of football is so strong that he even considered pursuing a career in the sport, having played in the same team as Ashley Young when he was a teenager, but he ultimately opted for racing instead.

Hamilton can often be seen interacting with Arsenal players on Twitter and Instagram, and he follows the Gunners’ every move.? A Formula One icon, Michael Schumacher spent plenty of his free time playing football, and he would often go show his support for German side ?

Having grown up in nearby Hürth, Schumacher would follow his local team incredibly closely, while you could often see him taking part in charity matches around the globe as he looked for any opportunity to play the sport.

Köln were one of the first clubs to show their support for Schumacher after his ski injury back in 2013, and his family remain incredibly close to the German side. 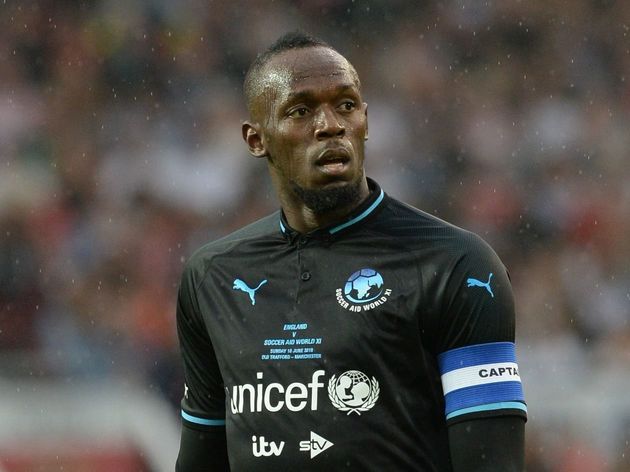 Jamaican superstar Usain Bolt accomplished everything possible as a sprinter. After racking up the Olympic gold medals, Bolt revealed his dream was actually to play for ?Manchester United.

The former sprinter used to follow Dutch forward Ruud van Nistelrooy, who was a dominant force at Old Trafford between 2001 and 2006, which helped him fall in love with the Red Devils.

The club even brought him to the 2011 ?Champions League final as a special guest, and Bolt has remained infatuated by United ever since.? One of the greatest point guards in NBA history, Steve Nash actually spent plenty of his childhood playing football.

His grandfather was a ?Tottenham Hotspur fan and his dad was born a stone’s throw away from White Hart Lane, so Nash has followed in his family’s footsteps by showcasing his love for Spurs.

As soon as he wakes up, Nash checks social media to find out what he has missed from Spurs overnight, and he now spends the majority of his retirement watching the Lilywhites play on TV.?

A five-time Masters champion, golfer Tiger Woods has made sure that his whole family share his love of ?La Liga giants Barcelona.

He has been known to post photos of his loved ones wearing the famous Blaugrana shirt, and he made a point of attending El Clásico when it was held in Miami in 2017.

Woods and his children met Lionel Messi, ?Luis Suárez and manager Ernesto Valverde, and he still boasts a close relationship with the club to this day.?

A close friend of David Alaba, Beckham Jr. regularly visits Germany for trips to the stadium and training complex, and he tries to go watch the team if they ever visit the USA on a pre-season tour.

The 2014 NFL Offensive Rookie of the Year spends a lot of his free time playing football video games like FIFA, and he always wants to play as his beloved Bayern.