?To the surprise of absolutely no one, Liverpool manager Jurgen Klopp has been named the Premier League’s Manager of the Month for November.

The Reds boss was facing a make-or-break month for his side, who looked ahead at a title-defining clash with ?Manchester City and an awkward tie at Crystal Palace among a four-week period of fixtures that could have seen their title credentials take a serious dent.

They kicked off the month with a hard-fought victory away at ?Aston Villa on 2nd November, however, and failed to ever look back.

That 2-1 victory preceded a momentous win over City at Anfield, in which the Reds ran riot over the defending champions, with goals from Fabinho, Mohamed Salah and Sadio Mané putting Klopp’s men in the title driving seat.

They then dispelled the demons of ‘Crystanbul’ with a narrow win away at Palace, before rounding the month out with a win over Brighton at Anfield – achieved despite Alisson’s late red card. 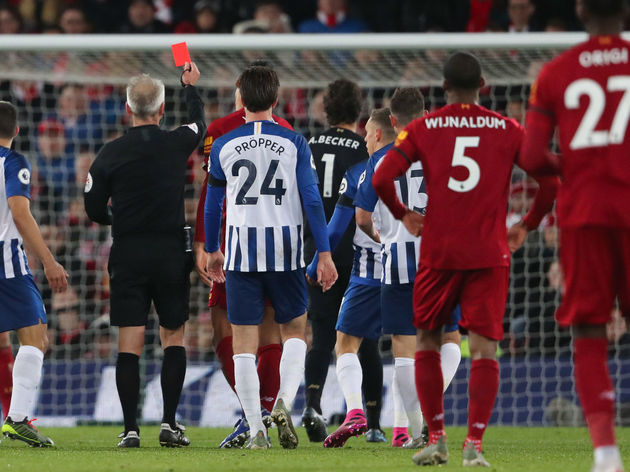 It was a period of fixtures in which ?Liverpool failed to hit their best form in the Premier League, but nonetheless they showed the iron-forged mentality that Klopp has instilled into the side to take four wins from often difficult circumstances.

For their efforts, they sit eight points clear of second-placed Leicester at the top of the division, and an unthinkable 14 points separate them and defending champions City.

It’s the second item of good news of the day for Klopp, who put ?pen to paper on a new deal at earlier on Friday that takes him through to 2024.

Upon signing the deal, Klopp said:

“When I see the development of the club and the collaborative work that continues to take place, I feel my contribution can only grow.”