?Liverpool manager Jürgen Klopp has named five youngsters at the club who he believes are close to commanding a place in his first-team squad.

Klopp has not shied away from using his young players in cup competitions this season, while the Reds are even set to name a squad made up almost entirely of academy stars when they face Aston Villa in the Carabao Cup quarter-final on Tuesday. 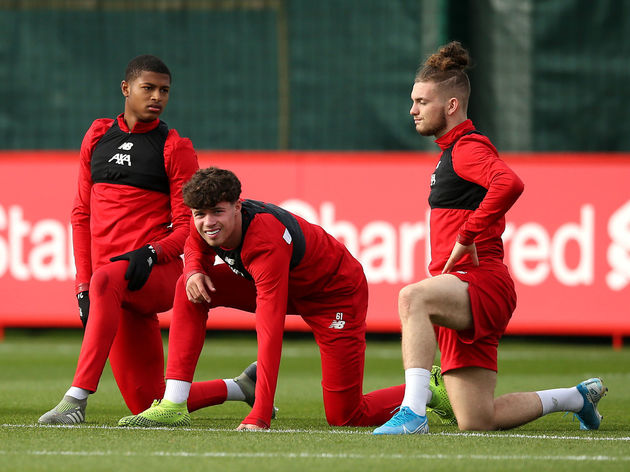 The boss penned a new contract on Friday, and he explained his reasons for doing so to the club’s ?official website. One factor in his decision was the recent development of the academy, and Klopp was happy to name five specific players who have caught his eye.

“We want to go, we had to go, to the academy to bring it closer together because that will be our future,” Klopp said.

“In the moment we have four fantastic players really close to the first team: Rhian Brewster, Curtis Jones, Harvey Elliott and Neco Williams, plus we have Caoimhin [Kelleher] as a goalkeeper. That’s five boys who I would have no problem to line up tomorrow if needed. “Curtis now had his first ?Premier League minutes and of course they have time as well to develop, but that’s four or five and we want to increase that number in the future.”

Klopp insisted that youth development is one of the most important parts of the club. Not only does it give youngsters the chance to make it at the top level, but it could also encourage some of the world’s most talented young stars to head to Anfield in the future.

“With Brexit and stuff like this then things will change, and for the youth departments as well – where can we get the players from?” he added. “So these players need a perspective and they need to feel ‘if I go to ?Liverpool then I have the best chance compared to all the other top six clubs, for example, to make my first steps in the Premier League’.

“That’s all very important and we are constantly thinking about ‘how can we solve the problem today and tomorrow?’ but we are also thinking always about ‘how can this club look when we are not here anymore?’ because this club is not only bigger than pretty much all other clubs, it’s bigger than us for sure as well so it needs to have a bright future and we are all working on that.”