Ole Gunnar Solskjaer has flown out to Salzburg for talks with Erling Haaland over a potential move to Manchester United, as the race to sign the talented striker continues to heat up.

19-year-old Haaland is one of the most exciting prospects in world football, having scored a mind-boggling 28 goals in 22 games for RB Salzburg this season.

This includes a remarkable eight in just six ?Champions League games – a record goal tally for a teenager in the competition.

His remarkable form has attracted the interest of a host of top European clubs and ?United

In order to increase the chances of a deal being struck, the 46-year-old flew out to Austria personally for talks with the youngster on Friday morning. Various sources, including the ?Dail?y Mail and Norwegian outlet VG, have confirmed as such. However, the Red Devils are not the only side stepping their interest in the rangy striker, with ?Borussia Dortmund and RB Leipzig also keen.

As reported earlier this week, Haaland is said to have boarded a chartered flight to Germany recently in order to visit each club’s training ground. Leipzig boss Julian Nagelsmann confirmed that the talks took place and claimed that they went positively in an interview with ?Kicker.

“You can say relatively little after such conversations, because they are usually very one-sided. You say a lot as a coach while the agent and the player mostly listen.” 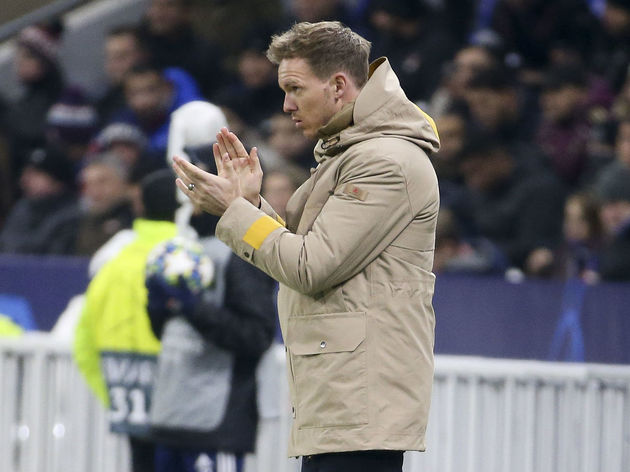 Despite all the interest in Haaland, Salzburg sporting director Christoph Freund has revealed that he feels it is “too soon” for the striker to be moving away from the club, when speaking to the ?Mirror.