?Sadio Mané was forced to withdraw in the first half of Liverpool’s game against Wolves this evening with a suspected hamstring problem.

Mané has been in sensational form this season, scoring 11 goals and registering eight assists as the Reds swept away all challengers to rack up a hefty lead at the top of the Premier League table. 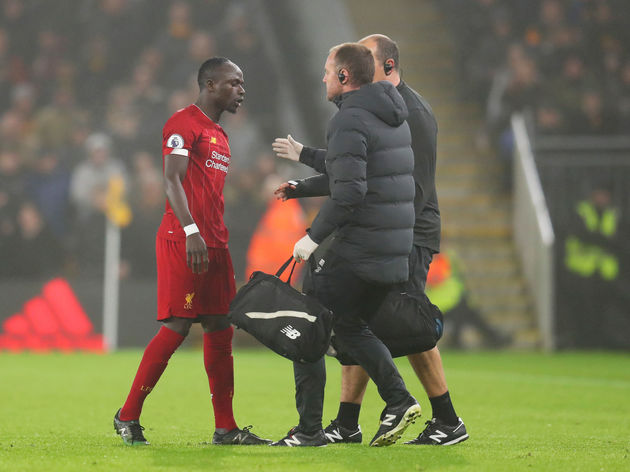 However Liverpool will be significantly weakened if the strain that led to the Senegal international being substituted proves to be serious.

Mané did not seem to be in any great discomfort when he departed the field but ?beIN SPORTS have reported that the forward told Liverpool’s team doctor that he was suffering from a hamstring complaint.

Despite things looking fairly encouraging for the 27-year-old’s recovery time, the Reds faithful were still anxiously searching for any updates on social media.

Mane just knew he was done, worrying. Didn’t even try to continue, maybe it was a pre-existing injury

What’s the news on Mane? What’s the injury and extent?

More importantly though, those who had tripled captain Mané on Fantasy Premier League – on account of Liverpool having two fixtures this gameweek – were absolutely fuming.

I have a personal reason for this TC decision.

When in hospital last year I wanted to TC Mane but physically couldn’t. World was spinny & half my body didn’t work.

Nine months on I get to go again.

Don’t care if he blanks.

Its just nice to be able to TC him. #FPL pic.twitter.com/JoiiZjNXqp