Liverpool manager Jurgen Klopp has confirmed he will not use any senior players for his side’s FA Cup replay with Shrewsbury, nor will he manage the game himself – leaving the occasion to Under-23s manager Neil Critchley.

The Reds will require a second attempt to get the better of the League One side, after a Jason Cummings double overturned a commanding ?Liverpool lead at New Meadow to secure a famous ?2-2 draw for the Shrews. 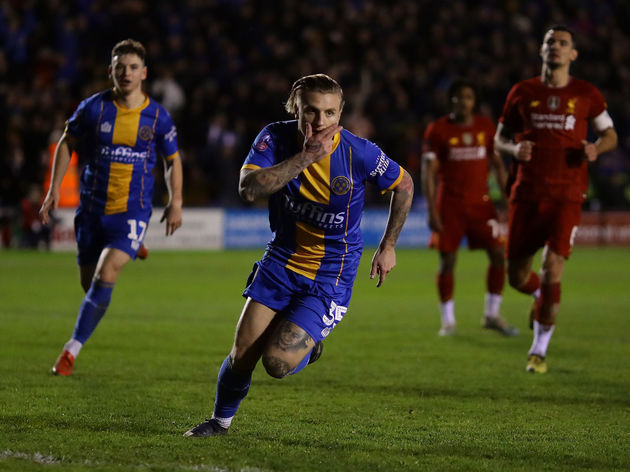 ?The draw comes a blow not just to the Reds’ pride, but to their burgeoning fixture schedule, with the replay landing just days after their Premier League clash with ?Southampton. It will likely represent their sixth game in quick succession, and falls within the winter break for top flight sides – a two-week period designed to give players some much-needed respite after a hectic Christmas period.

Klopp, however, is not prepared to detract from his senior stars’ short break. According to The Athletic’s James Pearce, the boss confirmed after the draw in Shrewsbury that his first-team players will not be involved – nor will he or his assistant Pep Lijnders, as he leaves the game in Critchley’s hands.

Jurgen Klopp says that no senior players will be involved in the FA Cup fourth round replay and he won’t manage the team. Neil Critchley will be in charge #LFC

It’s a similar approach to the one taken by Klopp to the League Cup tie with Aston Villa in December, which proved to be a logistical impossibility as the Reds were in Qatar when it was due to be played. Critchley’s young side were put to the sword by Villa by five goals to nil on that occasion, but it seems now as if they will get a chance to make amends in the eyes of the senior pros.

The case has been made in recent weeks to scrap FA Cup replays at this stage in the tournament, with the idea floated to instead decide a winner on the night in order to avoid fixture backlogs.

Quite right too. Farcical to stage FA Cup replays during PL break. A break introduced to help England do better in international tournaments shortened by FA bad planning… https://t.co/SoLd5v36v8

The likes of Oxford United manager Karl Robinson have ?bemoaned the physical stress it puts on players, and it seems likely we could be in line for a rethink similar to the one that saw replays scrapped from the fifth round onwards from this year’s competition.

Fourth round replays will take place on Tuesday 4th and Wednesday 5th February, just days after a full card of fixtures up and down England’s top four leagues.