Shrewsbury fought back from two goals down to earn a well-deserved replay at Anfield, as Liverpool embarrassingly stumbled to a 2-2 draw against League One opposition.

The world champions’ composed and assured start was rewarded with an early goal, Curtis Jones delicately finishing Pedro Chirivella’s sumptuous through ball – much to the disappointment of the hopeful Shrewsbury supporters at New Meadow. But the hosts almost found an unlikely leveller just eight minutes later, with Adrian making a fine save following Shaun Whalley’s one-on-one.

Half-chances came and went for both sides, Whalley and Takumi Minamino guilty of squandering the best of the bunch for the Shrews and Reds respectively, while the visitors could have had a penalty midway through the half. But, despite an improvement from the League One side, Liverpool held on to their one-goal cushion going into the break.

Merely 30 seconds into the second-half and Liverpool had doubled their advantage, but they had a Shrewsbury defender to thank for it. Donald Love’s deft finish in his own net gave the Reds a little breathing space, but the Blues wouldn’t give up their fightback, eventually grabbing a goal through Jason Cummings’ penalty.

Shrewsbury grew in confidence and snatched a deserved equaliser with a quarter of an hour remaining, Cummings effortlessly shaking off Dejan Lovren and finishing with ease in front of the euphoric home fans. A goal-line clearance just before stoppage time kept the Shrews in the tie, but the hard work of the FA Cup minnows was thoroughly rewarded with a staggering 2-2 draw come the final whistle.

It was a confident start from Jurgen Klopp’s side, who showed no signs of nerves in the opening stages, and the German was rewarded for the faith he put in youth. The Reds boss watched two of his young starlets combine for ?Liverpool’s opener, and in quite superb fashion too, giving the world champions a convincing lead early on.

Shrewsbury could have drawn level, but the ?Premier League leaders looked incredibly comfortable throughout the majority of the first half, despite not creating a great deal of chances. The rather ‘worn’ pitch somewhat nullified Liverpool’s characteristic passing moves, but strong performances from goalscorer Jones, Neco Williams and Chirivella made for pleasant viewing for the away fans. 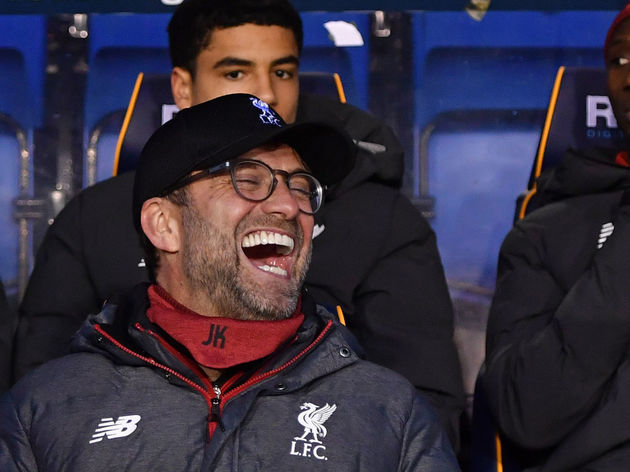 Despite being handed a two-goal lead just seconds in to the second half, Liverpool conspired to make life unnecessarily difficult for themselves, with the established trio of Fabinho, Joel Matip and Lovren being largely culpable of letting the hosts back in to the match.

The Reds persisted with shooting themselves in the foot time and again, continually causing themselves issues playing out from the back. Whether it was complacency, or merely a stunning Shrewsbury comeback, Klopp will be utterly furious with the lack of conviction and quality from his side, who now have another 90 minutes of football to squeeze in. 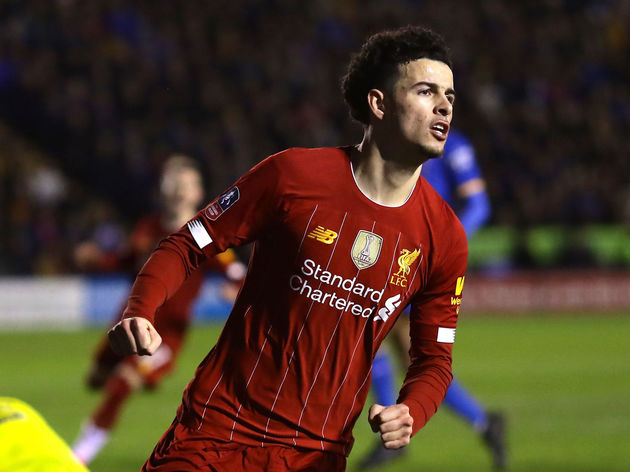 While it wasn’t a vintage Liverpool performance, Jones certainly didn’t disappoint. Following his stunning Merseyside derby showing in the previous round, expectations were high for the youngster, who handled any nerves he may have had wonderfully.

The local lad showed his composure and precision during Liverpool’s opening goal, tucking away Chirivella’s pass with aplomb. The 18-year-old was a cut above his teammates – even the established internationals – and he continues to give Klopp plenty of food for thought going forward.

18y 361 – Curtis Jones is the first teenager to score in consecutive appearances for Liverpool since Raheem Sterling in April 2014 (19y 133d). Promise. pic.twitter.com/yGFPf2t3A7

What an amazing assist by chiravella ? Curtis Jones with a lovely finish, what a player he’ll be ?

Liverpool face a trip to London to take on ?West Ham on Wednesday, before hosting ?Southampton at Anfield this Saturday. Meanwhile Shrewsbury face back to back trips to Gillingham and Rochdale in League One.