PSG pipped Real Madrid to top spot of Group A, while Borussia Dortmund inched past Inter to qualify as runners up in what was arguably the toughest set of clubs drawn together in Group F. With both teams in pretty sparkling form in their leagues, this could make for a tight contest as PSG look to protect their unbeaten run in the competition at the famously intimidating Westfalenstadion.

The clubs haven’t met since 2011 and the fixture promises appearances from Jadon Sancho, ?Kylian Mbappé and Erling H

Tuesday’s Champions League clash could see the return of ?Neymar, who has been absent since 1 February with a rib injury.

Having ??missed out on three group stage matches due to a suspension handed out in the aftermath of his Instagram post criticising match officials last season, the Brazilian is yet to make an impact on the competition, notching just one goal so far in two appearances. 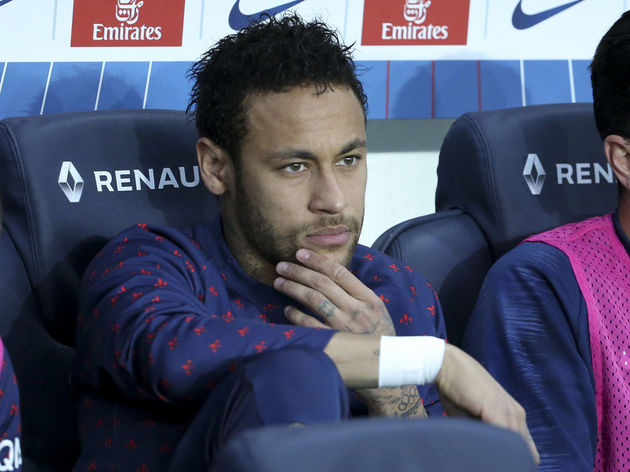 Thomas Tuchel is yet to confirm whether he’ll be in the squad but his side haven’t shown signs of missing him yet, staying unbeaten and scoring 16 goals in four matches since his injury, including the 6-1 drubbing of Dijon in the Coupe de France.

Dortmund are still without captain Marco Reus, whose muscle injury is expected to keep him on the sidelines until late March. ?

Emre Can has slotted in well since signing permanently from Juventus last month,

The same match saw Julian Brandt involved in a tackle which ruptured his ankle ligament.

A return for the PSG fixture has not been ruled out though, after the winger rested through Friday’s match against Frankfurt.

These two clubs haven’t faced each other in nearly ten years. In 2010, they played twice and drew both times in their campaigns to escape Group J of the Europa League, a feat that only PSG could achieve. Robert Lewandowski, currently the top scorer in the Bundesliga, came off the bench for Dortmund at Parc des Princes in their last meeting, but failed to make an impact as the game ended goalless.

Dortmund are in the midst of a tight scrap at the top of? the Bundesliga?Bayern Munich

Inconsistency has hampered Lucien Favre’s side this season but they did their part on Friday night, smashing Eintracht Frankfurt 4-0. PSG have been a dominant force in Ligue 1 so far this season, but their recent wobble against relegation-battling Amiens may worry Thomas Tuchel.

While a changed squad faced up to ensure key players were fresh for the Champions League fixture, questions must surely be asked of the defence who, having conceded an average of just 0.7 goals per league game this season, leaked three goals in the first half.

Goals have flowed in games involving these sides in recent weeks

With a few question marks remaining over squad selection, the inclusion or otherwise of Neymar could prove crucial on Tuesday. While the Brazilian might just edge this one for PSG, the impact of Dortmund’s 12th man should not be underestimated. A tightly contested but entertaining affair could set the two teams up for a fascinating second leg in Paris.