90min wouldn’t be 90min if we let the biggest date in professional wrestling pass us by ?without shoehorning in some weird football/wrestling hybrid content that absolutely nobody asked for.

Last year, we spoiled you when we ?fantasy-booked the entire event using only figures from the footballing world and listed eight footballers and managers who should try their hand in the WWE.

This time around, you’ll have to make do with five big names from the Premier League who should obviously be in line to face Brock Lesnar when he inevitably retains* “Bear hug! Bah gawd, it’s a bear hug on Lesnar! He’s passing out! The air is being mercilessly ripped from his lungs! Is he gonna tap?!”

He’s already won the Champions League and, by the time Lesnar returns from the inevitable three-month hiatus that will follow him successfully defending the title for the nine millionth time, he’ll have won the Premier League too. A WWE title run is the next logical step for the man who can do no wrong.

The current Liverpool boss is a universal fan-favourite and only the precious few WWE fans who have already defected to AEW could have a bad thing to say about his name being in the title picture.

He might, however, be a little soft-hearted to go the distance in the ring. “Here he is, King! You have to love the way he comes to the ring, dancing all the way down the ramp. The WWE Universe adore him, but not everyone looks impressed…”

The Spaniard is simply impossible to dislike and that infectious positivity would win over the WWE fans [as and when they’re allowed back] no problem whatsoever. The match would undoubtedly be one of the slowest ever witnessed in the history of professional wrestling, but Reina’s been here and done it all before – he has the know-how to go the distance.

He’s also quite a sturdy looking chap, which you would have to be to stand toe to toe with the inhuman force that is Brock Lesnar. “Well he certainly loves himself, but how can you not when you look like he does? Look at him, he’s a specimen! If anyone can go the distance with the Beast, you’re looking at him, Cole!”

Qualifying solely on the merit of his ridiculous physical attributes, Adama Traore would fancy himself to take however many F5s Lesnar can manage and still spring back to his feet with a HBK-style kip-up.

He would take some keeping down, and with his pace and energy, he’d be able to tire Lesnar out in no time at all. Some questions remain over whether he quite has the end product to put a match to bed at the very highest level, but at the very least has the raw attributes to keep it interesting. 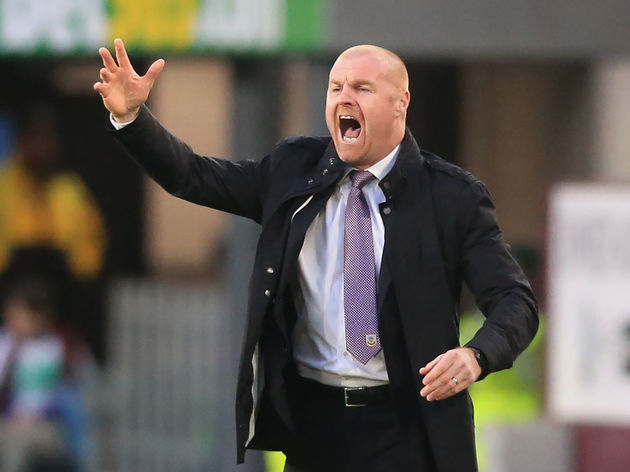 “Uh oh, you know what that sound means! It’s the Baron of Burnley, and he means busine…wait a minute, where is he? Lesnar and Heyman don’t know what’s going on! He was under the ring! No, not the chair! RIGHT IN THE BACK WITH THE STEEL CHAIR! Oh the humanity! Lesnar is on the ropes!”

Dyche knows how to get a result when the chips are down, and he’s never shy from causing an upset on the big occasion. He’s as crafty as they come, and if there’s one thing he learned from his time as a lower league central defender, it’s how to take a beating.

He’s a gruff, he’s rough around the edges and he no doubt needs to work on his flair and showmanship, but the blows he lands are as stiff as you’ll see anywhere in wrestling (mostly because he doesn’t actually know it’s fixed) and fans believe every word that comes out of his mouth (again, because he thinks it’s a competitive sport). Michael Cole: “Now we’re talking! Paul Pogba is here to shut Heyman’s mouth and take the fight to the champion! Lesnar has his work cut out for him here!”

Somehow Graeme Souness: “That’s all well and good Michael but I mean look at his ring gear, all those daft colours, and his silly haircut. That’s just not what wrestling’s about for me, I’m just not sure he has the mentality for the big, big matches. For me, he’s the reason Manchester United are in the mess they’re in just now.”

He’s a 90min wrestling favourite having ?won our inaugural Royal Rumble in 2019, and only missed out on the 2020 edition since the ?entirety of Liverpool FC were inexplicably allowed to enter.

Nevertheless, he’s keen to get back into the ring, and where better to do it than in a ‘worlds collide’ extravaganza against the biggest name in wrestling?

He has everything you’d want in an elite wrestler; he’s a tremendous athlete, has the presence, he has the charisma, he knows how to work the fans. If he is to leave Manchester United this summer, he could do a lot worse than have a go between the ropes – if Rob Gronkowski can do it, after all…