But who would make a Manchester United Masters side in 2020? Given how successful the club was in the 1990s and 2000s, it should be one helluva team…

Only players aged 35 or over are eligible, and they must not be currently playing, coaching, managing or have any other role at a club that isn’t only ambassadorial (that excludes even the non-coaches among the Class of ’92, who co-own Salford City).

Where possible, club legend games will be used to narrow selection choices. If a player has health conditions that would prevent them from playing, then they will not be included. Club Highlight: Saving a Dennis Bergkamp penalty that basically paved the way for the treble.

Club Lowlight: When he was too proud to stay on in a reduced role in 1999.

Peter Schmeichel was the best goalkeeper in the world throughout pretty much the whole of the 1990s, even helping redefine the position with techniques borrowed from handball and taking an active role in counter attacking football.

The Great Dane was a born winner and competitor, so you know that even on a tiny Masters pitch he’d be barking orders at his teammates and taking no rubbish off anyone. Club Lowlight: That eight-month ban for missing a drug test.

Rio Ferdinand won it all at United during 12 (mostly) wonderful years at Old Trafford. Sloppy personal organisation cost him eight months of his career, while he later risked antagonising fans over a contract saga in 2005, but you’re hard pressed to find a better English defender.

At his peak, injury free, Ferdinand was the perfect modern defender, the type of centre-back who was mentally sharp enough that he was always one step ahead and rarely got his shorts dirty. Club Highlight: Erm…playing exactly 31 games in his only full season? His favourite number.

Okay, so Bastian Schweinsteiger wasn’t actually good in his very brief United career, but the fact is that the German was still one of the greatest midfield players of his generation.

Schweinsteiger, who played 500 games for Bayern Munich prior to moving to England and won 20 trophies in his career – including the World Cup, only turned 35 last year. He was also playing professionally until quite recently and is spritely compared to some of these older stars. Club Lowlight: Missing out on selection for the 2008 Champions League final.

Sir Alex Ferguson always had players he trusted for big games, even if they were not necessarily regular starters in normal circumstances. Park Ji-sung was one of those and remains a cult hero among United fans to this day, largely thanks to his tireless running.

The South Korean icon could play anywhere in midfield and made a habit of scoring against Arsenal in particular. He also netted against Chelsea and Liverpool. Club Highlight: A goal and assist in the 1999 Champions League final.

Club Lowlight: Missing a penalty on his league debut against Tottenham.

Age is but a number to Teddy Sheringham, for whom a lack of pace was never an issue in his career. He was United’s top scorer and a PFA and FWA award winner at 35, while he was still playing in the Premier League at 40 and hold records for oldest goalscorer and outfield player.

Sheringham played relatively little in the 1998/99 treble season, but his decisive contributions in both the FA Cup final and Champions League final were huge. Club Lowlight: Scoring only once in his final season.

Gary Neville recently called Dwight Yorke an ‘unbelievable footballer’ and ‘the all-around centre-forward’, so one would like to think that even 11 years after hanging up his boots he might still have some of the old magic in his locker.

Along with both Schmeichel and Sheringham, Yorke played in the Legends match between United and Bayern Munich at Old Trafford just last summer. Club Highlight: Named by Sir Alex Ferguson as the ‘one certainty’ in his all-time best United XI.

The one footballer Roy Keane seems to consistently praise more than any other is Denis Irwin, who was a model professional and ever present throughout his 12 years at United. It was as though the full-back was incapable of having a bad game. Even at 36, Darren Fletcher has not ruled out resuming his professional career because as of November 2019 he still didn’t consider himself officially retired. Management looks to be in his future at some point, but he’s not made the step beyond the coaching classroom just yet. 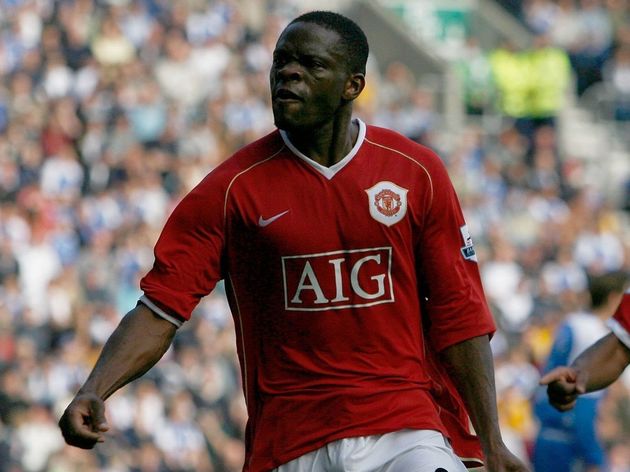 Club Lowlight: All those injuries that stopped him ever fully thriving.

Louis Saha’s United careers feels as though it was unfulfilled. Despite a flying start following a £12.4m move from Fulham, it was mostly a transitional period for the club and fitness battles limited his game time. He still won two Premier League titles and the Champions League.