Sean Dyche has conceded he may be pushed into selling star man Dwight McNeil – but only if a big offer comes in.

McNeil, who joined the Burnley academy in 2014, has emerged as an exciting talent in the Premier League over the last two seasons. With five goals and ten assists during that time, the young Englishman is attracting a lot of attention from the bigger clubs in the division. 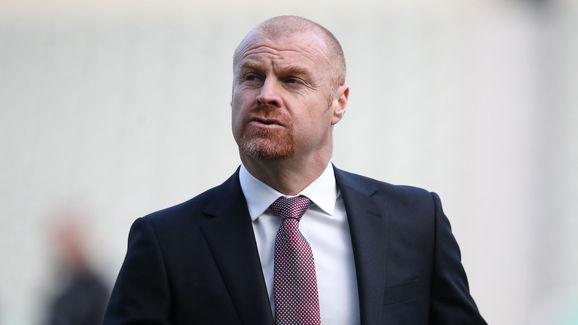 Dyche is under no illusions about the situation. The Clarets manager said, as quoted by the ?Daily Mirror: “There’s a reality when players come in, particularly when we’ve developed them as lower-league players for less money, or the likes of Dwight McNeil. At some point those players, not all of them, but some of them get to a point where the club will sell them.”

It would not be the first time Burnley have cashed in on one of their prize assets, having sold Michael Keane to Everton for £25m in the summer of 2017. However, Dyche insists Burnley are in a healthy financial position, and are not under any pressure to sell McNeil; leaving them able to demand more money than they did for the England centre-back.

?At the time of writing, just over a year has passed since Manchester United did the unthinkable and knocked Paris Saint-Germain out of the ?Champions League with a 3-1 win at the Parc des Princes, overcoming a terrible first leg which saw them lose 2-0 at home. While United exited in the next round, the game was a high in a season of lows for United fans.

Then-interim manager Ole Gunnar Solskjaer had nothing to lose after replacing Jose Mourinho in December. Steady the ship, enjoy a few months in charge at the Theatre of Dreams, and perhaps leave a mark on the history of the club once more.

He did more than that.

That night in Paris was one of the better memories in a turbulent few years for the club, and Ole was the man at the wheel conducting the comeback. While the permanent appointment of Solskjaer in March 2019 was an audacious one to say the least, it was one that suggested to some fans that the board were perhaps finally looking beyond immediate success, arguably for the first time since Sir Alex Ferguson’s retirement, despite the appointment coming off the back of that famous Champions League comeback.

Everything seemed bright and cheerful once again at Old Trafford, but Solskjaer’s appointment was most definitely papering over the cracks, and it still hasn’t quite paid off…yet.

United waved goodbye to the likes of Romelu Lukaku and Ander Herrera in Solskjaer’s first summer transfer window, two players who were regulars in the starting XI. While one could argue that the decision – seemingly Solskjaer’s own – to sell the club’s second best goalscorer in the 2018/19 campaign was a bold decision, Lukaku’s revival in Italy has suggested that it may have been naive. That sale combined with United’s lack of firepower in midfield has proved costly at times this season, where they have dropped points in poor fashion to the likes of Wolves, Crystal Palace, Southampton and even Bournemouth, who are in a relegation battle. Allowing some dynamic attacking players to leave, combined with Solskjaer’s apparent inability to break down defensive, low-block opposition, has made for another inconsistent campaign for the Red Devils.

And while another criticism of Solskjaer has been his poor decision-making with team selection and substitutions, turning to the likes of Jesse Lingard and Andreas Pereira perhaps too often (the former has failed to register a Premier League goal or assist so far this season) his hand has been somewhat forced.

The counter-argument in favour of Solskjaer is that the board have failed to replace key players time and again, leaving the Manchester United head coach short of quality, game-changing options.  how This was always going to be another rebuilding season; the only issue is that fans have endured so many failed ‘rebuilds’ (if you can even call them that) since 2013 that patience is growing thin. What Solskjaer has accomplished amid his downfalls, however, was recognising and trusting his young talent.

Teenagers Brandon Williams and Mason Greenwood have been shining stars in an uncertain season. Williams has made 25 appearances for the first team in all competitions, including standout performances in big games against Liverpool and Manchester City. As for Mason Greenwood, the stats don’t lie. So far, he’s bagged 11 goals this season at barely 18 years old, and has been pivotal to United as a rotation option. While Solskjaer definitely has his flaws, he also deserves credit where it’s due. Despite results being inconsistent and United currently sitting on just 45 points after 29 games – 12 worse off than this time last season – a turnaround in form since the new year has created a buzz around Old Trafford.

The mid-season signing of Bruno Fernandes lifted spirits around the club, with his immediate impact of six goal contributions in eight games seeing him grab the club’s Player of the Month award for February. While splashing £47m on a mid-season European import isn’t a luxury that many Premier League clubs can afford, his immediate success as an attacking midfielder can be credited to Solskjaer, who was clear in what type of player he was desperate for in January.

With Bruno’s help, Solskjaer’s United side are now unbeaten in their last nine games and have edged out Pep Guardiola’s Manchester City twice in that time. The confidence is flowing, and perhaps this is a sign of Ole Gunnar Solskjaer finally getting to grips with his squad and learning from previous mistakes (and Bruno quickly becoming United’s best player, obviously). There’s a reason that rival managers have had nothing but compliments for Solskjaer at times this season. Like a mid 2000’s Randy Orton, Solskjaer has proven to be the ‘Legend Killer’ at times – except he doesn’t wear wrestling trunks or try for the RKO in the technical area.

Solskjaer’s awareness to see his side’s limitations is why he can steady the ship at Manchester United, if given time and proper backing from the board. He understands that there are certain types of football that his side are simply not capable of playing as of yet, which is why he has halted the likes of Chelsea, Arsenal, and Premier league champions-elect Liverpool, and beaten noisy neighbours Manchester City three times this season.

However, he must learn to wipe clear errors out of his game if he wants to make the most of his opportunity. Points dropped in ‘easier’ games this season could prove costly, and basics such as tactics and substitutions must be improved.

If Solskjaer can continue to remove deadwood and slowly bring in the right players to fit alongside the new wave of youth, then maybe, just maybe, he can turn ?Manchester United into a ruthless attacking unit once more and restore some consistency at the club, even if that is as far as his qualities can take the club.

?Not only are Juventus one of Italy’s biggest clubs, but they have an enormous fan base worldwide – and that was even before Cristiano Ronaldo joined the club!

Everywhere you look, you’ll find people showing their allegiance to I Bianconeri, and there’s plenty of different ways to do that.

Here are nine of the best pieces of Juve merch you can pick up right now. 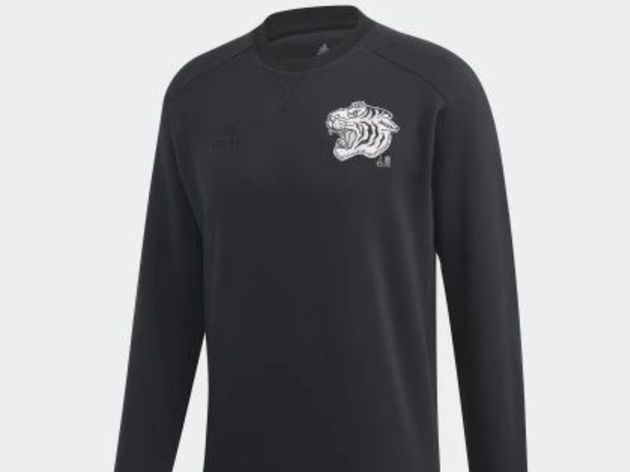 Sure, you could just buy a shirt with the ?Juventus badge on it. But you could get this one with a tiger instead. 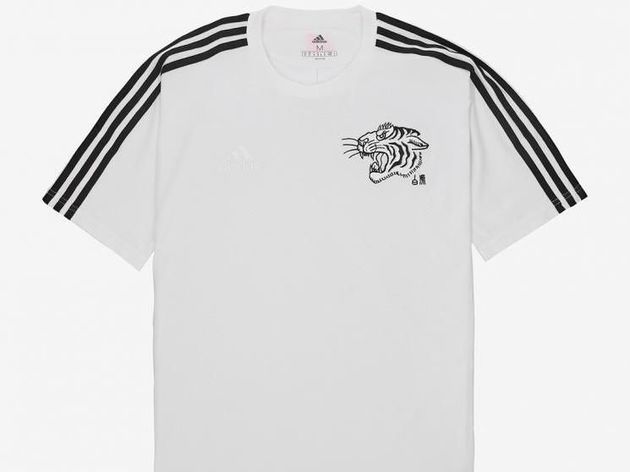 “But wait! I love cool tigers, but I’m more of a short sleeve kinda guy.”

Don’t worry. I’ve got your back. 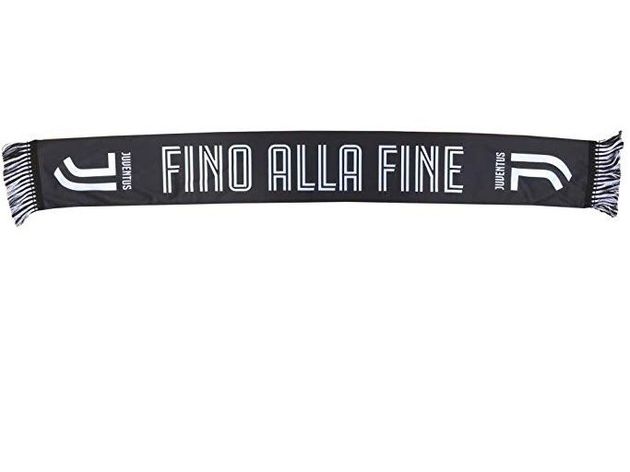 Wear it around your neck. Spin it around in the air. Do whatever you want with it. It’s a scarf.

Available from ?Amazon for? £14 Throw it back to 1984, when Michel Platini and Marco Tardelli were strutting their stuff for Giovanni Trapattoni’s side.

The Old Lady saw off Porto in that year’s European Cup Winners’ Cup final, and they did so wearing this delightful attire. 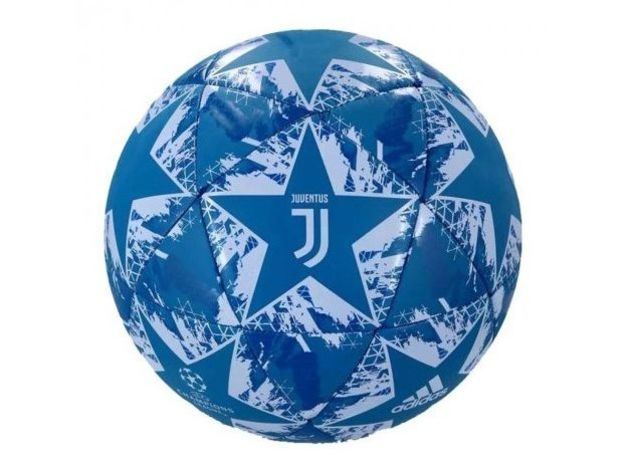 This season’s ?Champions League ball is a masterpiece, but I hear you’re looking for something specific to Juventus? Look no further.

The Old Lady have been training with this ball this season, and you can too. 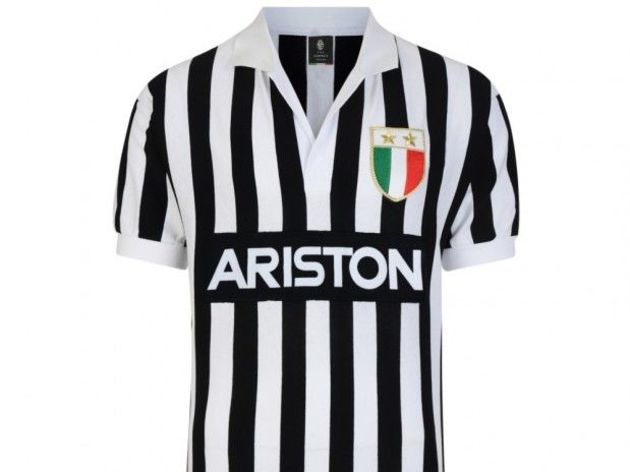 We’ve already heard about how great the 80s were for Trapattoni’s Juventus. Having won their 20th league title, they were permitted to add that beautiful second gold star to their badge.

Ironically, they did not win the league in the 1984/85 season, but they did pip ?Liverpool to the European Cup. If that’s not worth remembering, then I don’t know what is. 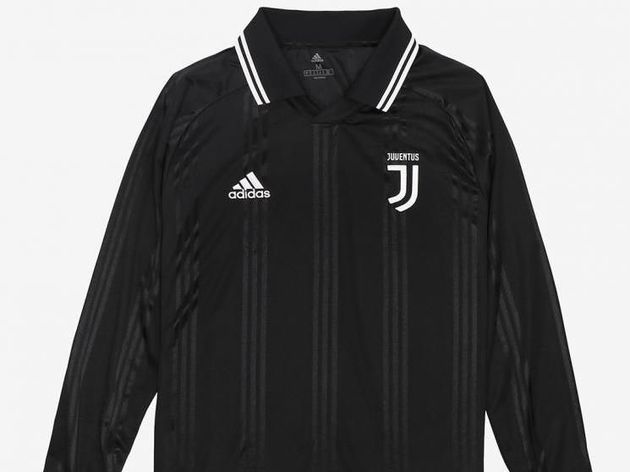 Imagine a world in which the 2019/20 Juventus side have travelled back in time. This shirt has been given a retro style, but still features the modern badge and logos.

So, if you’ve ever wanted to feel like a time-travelling ?Cristiano Ronaldo (and haven’t we all?), this is the shirt for you. Are bobble hats your thing? Do you like skiing? Are you cold?

If you answered yes to any of those questions, then it’s your lucky day! It’s a mug and a keyring. Talk about bang for your buck.

This article contains affiliate links to products. 90min may receive a commission for purchases made through these links.

?The mother of an alleged racist abuse victim has been left'” Nelson’s mother, Donna James, told the Guardian: “Manchester UnitedThey might have had a chat with Kamarl and offered him personally some reassurance that they were looking into it. But none of that has happened.

“That’s really disappointing because Kamarl has really fond memories of being at United from being young and doing things there. He really enjoyed his time as a ballboy there. It’s really hurtful that they haven’t put more of a human response to it.”

A number of witnesses have come forward to the newspaper, typically identifying Nelson as the victim rather than the aggressor.

Controlled Solutions Group (CSG), who run the security at Old Trafford have denied the allegations, while Manchester United have said they are reviewing CCTV evidence from outside the ground. “We have provided CCTV footage and other information as part of their enquiry and would encourage any witnesses to contact the police. We await the outcome of that investigation.”

Despite working at United for six years and having previously been part of their development squad, Nelson apparently hasn’t received any support from the club following the incident last month.

?Leeds players and staff have been left ‘stunned’ by Marcelo Bielsa’s decision to keep first-team training running over the next three weeks.

The Premier League and EFL have suspended all games until 3rd April as part of their measures to stop the spread of coronavirus, with other football associations across the world also putting their domestic competitions on ice for the time being.

Most clubs have told their players to self-isolate at least for the next two weeks, but it’s business as usual for Leeds as Bielsa will continue mandatory first-team training. The Daily Mail reports that this is an effort from Bielsa to prevent his players from taking the foot off their gas as Leeds close in on promotion to the Premier League, but it’s a decision which has unsurprisingly left many within the club ‘stunned’.

Leeds United currently have a one-point lead at the top of the Championship table and a seven-point gap to the playoff spots, making them a West Brom

Although Bielsa’s short-term decisions have been made with the view that this season will continue at some point in the near future, it has already been suggested that the 2019/20 campaign could be scrapped.

FA chairman Greg Clarke believes it will be ‘unfeasible’ to complete the 2019/20 season,