Gareth Bale has become “the whipping boy” at Real Madrid, says Dimitar Berbatov, with the former Tottenham star told to consider a Premier League return after taking “the blame for everything that goes wrong”.

The Wales international moved to Spain in 2013 as part of a record-breaking transfer.

He enjoyed a productive debut campaign at Santiago Bernabeu and has continued to collect major honours on a regular basis – including the Liga title and four Champions League crowns.

Questions have, however, been asked of his form and fitness over recent years, with the 29-year-old unable to steer clear of the treatment table.

He has become a scapegoat for many in Madrid, while even his own team-mates – such as Thibaut Courtois – have suggested that he is not fully integrated into the Blancos squad.

Berbatov, who played alongside Bale during his time at Spurs, believes a second spell in England would benefit a proven performer, with the likes of Chelsea and Manchester United credited with interest.

“Another rumour doing the rounds this week has been a Premier League return for Gareth Bale and that would be great for everyone here,” Berbatov told Betfair.

“Bale seems to get the blame for everything that goes wrong at Real Madrid, which is unfair. If you look at his stats he is still performing, but he is the whipping boy for some reason.

“And, as a player, if you don’t feel appreciated, then you have to move on.” 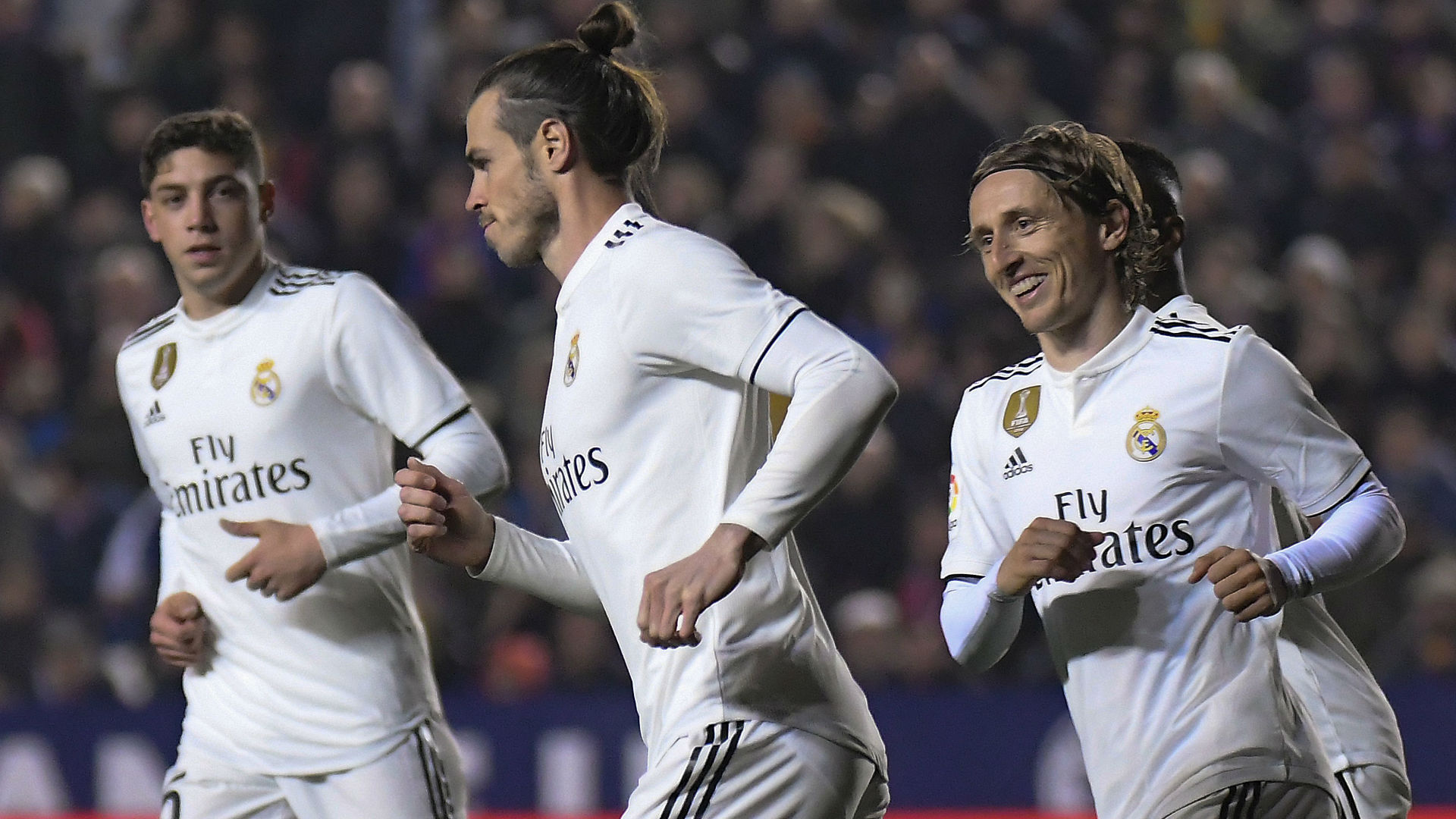 Quizzed on where Bale could end up, Berbatov added: “Where would he go? It’s a question of money first of course – I’m not sure Spurs can afford over £100m on a player – but Bale is a world-class talent who could play for anyone and it would be great to see him back.”

Bale was able to make an important contribution to the Madrid cause on his most recent outing.

He stepped off the bench to convert a match-winning penalty against Levante.

Certain team-mates were, however, shrugged off during a subdued celebration, with that taken as another hint that all is not well in the Spanish capital.

Santiago Solari has sought to play down such talk, with Real’s boss welcoming the angry reaction of a player not happy with an impact role, but transfer gossip appears destined to linger through to the summer. 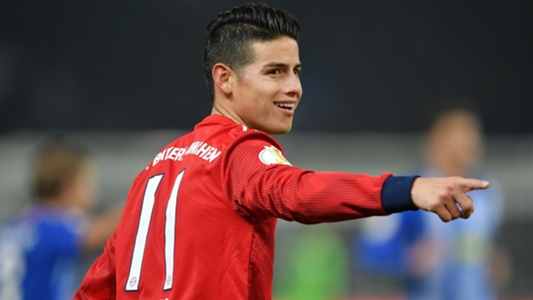 Bayern Munich president Uli Hoeness insisted James Rodriguez’s future was in the hands of the Bundesliga giants amid uncertainty over the attacker.

James, 27, arrived at Bayern from Real Madrid on a two-year loan deal in 2017, with speculation linking the Colombia playmaker with a return to the Santiago Bernabeu.

But Hoeness said the German champions would have the final say on James, whose deal includes a €42million option to buy.

“It all depends on what our coach decides,” he told Sport1.

“If he [Niko Kovac] says he wants James for next season, we’ll pay the €42million. It is up to us what happens.

“We have an option we can either trigger before May or not. If we decide that’s what we will do, he will have to stay. But we haven’t yet made any decision on the subject.”

Bayern are also heavily linked with a move for Atletico Madrid and France defender Lucas Hernandez.

Hoeness said they were still considering trying to sign Hernandez, who is reported to have a release clause of €85m.

“I imagine we will pay his release clause if we have the opportunity to do so. He is a world champion,” he said.

Bayern earned a 0-0 draw with Liverpool in the first leg of their Champions League clash and will now head home for the second leg.

Meanwhile, in league play, Bayern trail Borussia Dortmund by three points in the Bundesliga through 23 matches.

Bayern, who topped Hertha Berlin 1-0 over the weekend, will next face off with Borussia Monchengladbach and Wolfsburg before the second leg clash with Liverpool on March 13. 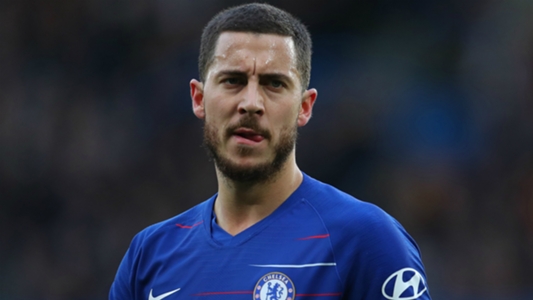 Chelsea star Eden Hazard has the talent and personality to play for La Liga giants Real Madrid, according to his former manager Jose Mourinho.

Hazard, 28, revealed earlier this month he had made a decision on his future, but whether he is staying at Stamford Bridge or leaving remains unclear.

The Belgium international is contracted until 2020, yet has been linked consistently with a switch to Madrid.

Mourinho, his former coach and an ex-Madrid boss, is unsure what Hazard will do, but he believes the attacker is capable of starring at the Santiago Bernabeu.

“Eden’s ambitions… playing at Chelsea his whole life or going out to a giant like Real Madrid?” he told DAZN on Sunday.

A crucial goal from @HazardEden10 helped send us to Wembley today!

Which has been your favourite goal from our Carabao Cup campaign? #CHEMCI pic.twitter.com/ZrbIIxOLjh

“I can’t tell you, because I haven’t talked to him for quite a while.

Hazard arrived at Chelsea from Lille in 2012 and has won two Premier League titles and the Europa League with the club.

The forward made his spot kick in Sunday’s Carabao Cup final for Chelsea, but it was not enough as the Blues fell to Manchester City in penalty kicks.

Chelsea are back in action midweek when Hazard and the Blues take on Tottenham.

The Blues currently sit sixth in the league, three points behind fourth-place Arsenal while maintaining a game in hand.

Neymar did not leave Barcelona because he “felt in the shadow of Lionel Messi”, insists his father, with the Paris Saint-Germain star also seeing a return to Spain at Real Madrid ruled out.

He had spent four years in Catalunya, recording 105 goals in just 186 appearances.

It was suggested that he had opened himself up to a move as he wanted to become a superstar leader of his own side, rather than playing a support role to five-time Ballon d’Or winner Messi.

Neymar’s father insists that is not the case, telling Grande Circulo: “My son did not leave Barca because he felt in the shadow of Messi.

“When he received the call from the Emir [Tamim bin Hamad Al Thani], who showed interest in bringing a new star into an ambitious team, we took notice.”

Ever since making a stunning switch away from Barca, Neymar has been linked with a retracing of his steps.

Real Madrid are said to have considered the 27-year-old to be of the ‘Galactico’ mould for some time.

Florentino Perez has spoken of his admiration for the South American, with the Blancos president having history when it comes to putting big-money deals in place.

PSG have, however, made it clear that they have no intention of parting with a talismanic presence.

Club president Nasser Al-Khelaifi has told Marca: “Neither Real Madrid, nor any other club in the world, needs to call us about Neymar or any other player.

Neymar is said to be happy with that stance, with his father saying of the ongoing La Liga transfer talk: “Ney will not go to Real Madrid!”

A second spell at Camp Nou has also been mooted for Neymar, with Barca having struggled to replace him despite forever being in the market for top talent.

Various figures with strong ties to the club from past and present have had their say on a remarkable return, with there mixed opinions when it comes to a possible approach.

A decision on the future of James Rodriguez, as the end of a two-year loan from Real Madrid approaches, is being left in the hands of Bayern Munich boss Niko Kovac.

The Colombia international linked up with the Bundesliga giants in the summer of 2017.

Having been deemed surplus to requirements in Spain, the 27-year-old opted to take on a new challenge in Germany,

He overcame a slow start to enjoy a productive title-winning debut campaign with Bayern and now has 10 goals and 14 assists for the club to his name.

Questions have been asked of his next move throughout a spell at the Allianz Arena and continue to tick over heading towards the summer.

An extended stay at Bayern has been mooted, along with a possible return to Madrid or a switch elsewhere – with Arsenal among those credited with interest in January.

Officials in Munich will leave Kovac to make a decision on whether or not to pursue a permanent deal, with club president Uli Hoeness telling Sport1: “It depends very much on whether Niko Kovac says: ‘I want to keep him’.

“If he says, ‘he’s a great player but won’t play regularly under me’, then we can’t pay the transfer fee.

“It all depends on what we want. We have an option that we can choose to take up or not. If we choose to do so, he’ll stay.” 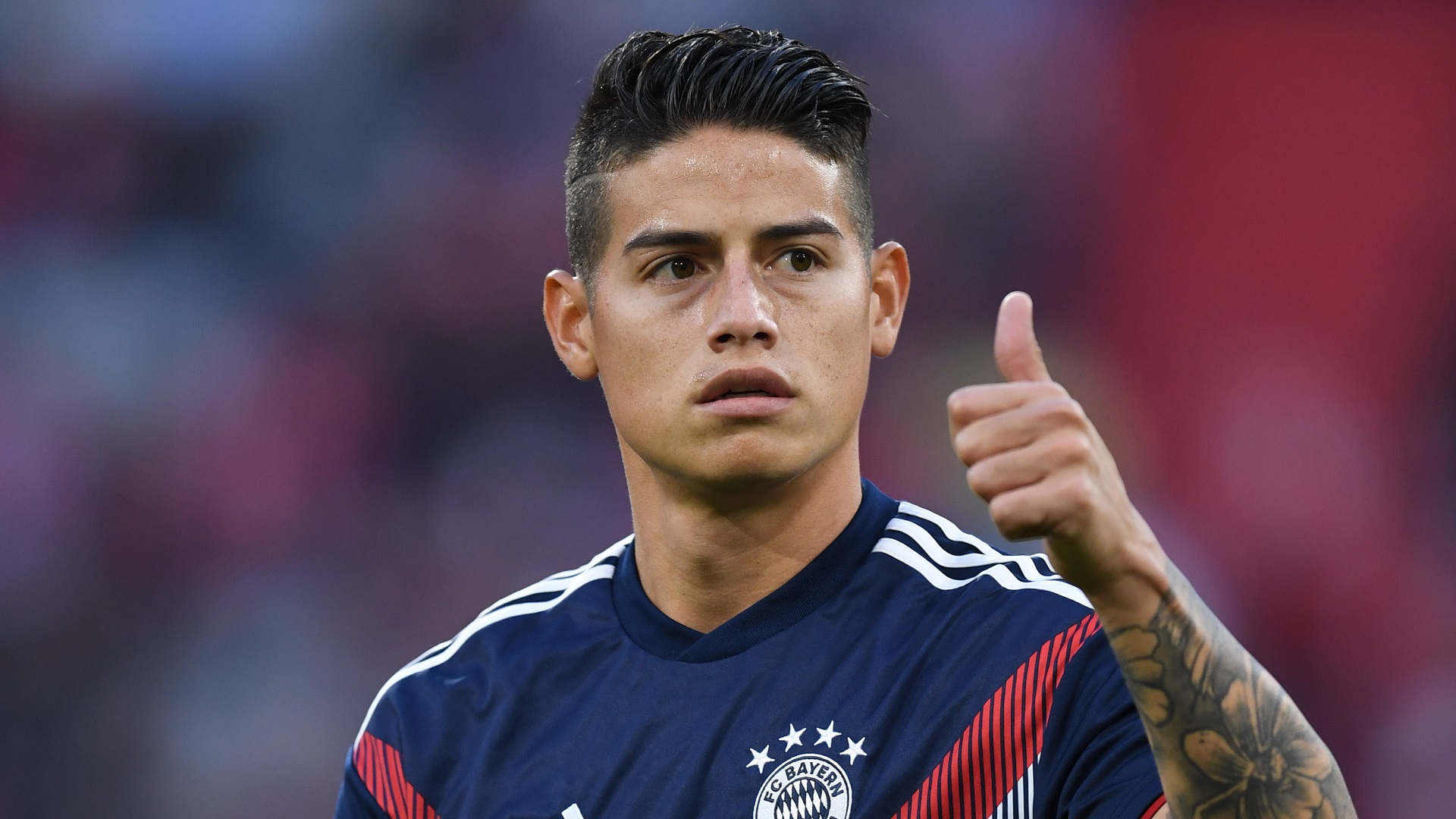 James started all six of Bayern’s games in February and has earned praise from Kovac.

The Bayern boss has said of the South American playmaker: “He’s very good.

“He’s got good awareness and positioning and what I personally like a lot is that he always puts himself at the team’s service.”

James, meanwhile, has said of his future: “I have to think hard about what I’m doing [in terms of my future]. In Madrid, I have everything: my house, people who love me.

If he continues to impress in Bundesliga and Champions League competition over the remainder of the campaign, then Kovac and Co will have no issue with triggering that clause and securing themselves a proven performer at the very highest level.