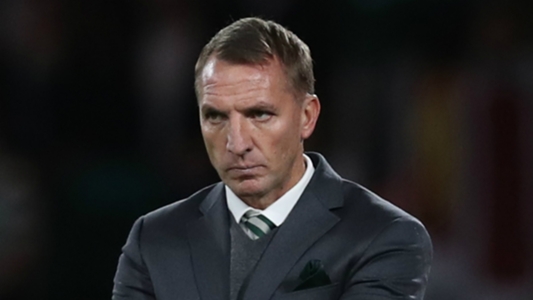 Brendan Rodgers insists his focus remains on Celtic despite reports of interest from Leicester City.

Leicester sacked Claude Puel on Sunday after a 4-1 home defeat to Crystal Palace the previous day, with Rodgers already tipped as a potential replacement before the news was confirmed.

And reports subsequently emerged suggesting the Foxes would be prepared to wait until the end of the season to get the Celtic boss, who is the early odds-on favourite to land the job.

However, Rodgers, who has won seven major trophies in under three years with Celtic, was not willing to entertain speculation ahead of the 4-1 Scottish Premiership home win over Motherwell on Sunday.

“My job is to concentrate on the football aspect, and that is with Celtic,” Rodgers told BBC Scotland.

“I’ve been stood here for two-and-a-half years and I’ve been asked similar questions. My message is always very, very clear: I’m very concentrated on the game.

“We’re in really good form and my concentration is fully on getting the three points [against Motherwell].”

Rodgers has previously managed in the Premier League with Swansea City and Liverpool, while he has also been linked to the Newcastle United job.

First-team coaches Mike Stowell and Adam Sadler are in temporary charge of Leicester as the club look for a new boss. 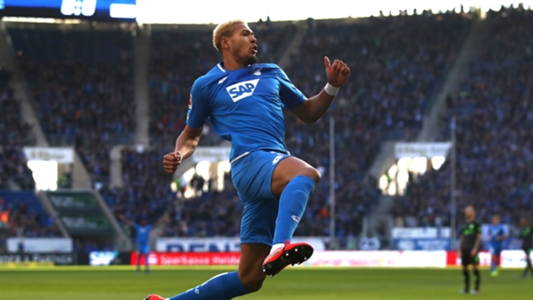 Ralf Rangnick concedes RB Leipzig would not be able to match Newcastle United’s reported €60 million (£52m/$86m) bid for Joelinton, although he doubts the Magpies would make such a move.

Both Leipzig and Newcastle are said to hold an interest in Hoffenheim’s Brazilian striker, with reports in Germany suggesting the Premier League club are close to a record-breaking deal.

Rafael Benitez’s men broke their long-standing transfer record in January as they paid Atlanta United in the region of £21m ($27m) for playmaker Miguel Almiron, who starred on his full debut against Huddersfield Town on Saturday.

Despite this, Rangnick, discussing Leipzig’s interest in Joelinton, is sceptical that Newcastle would shell out a massive fee, as controversial owner Mike Ashley looks to sell the club.

He did acknowledge that the purported asking price of €60m would also rule Leipzig out of the running for the 22-year-old, though.

“I only read that Newcastle want to pay [roughly] £50m for him,” Rangnick said of the reports, speaking before Leipzig face Hoffenheim and Joelinton on Monday.

“Coming with this fee, the player would get a fitting contract. We are not able to pay this, whoever the player is.

“If these numbers are true, [Leipzig could not pay it]. Although it would surprise me, because Mike Ashley, who has never paid more than around £20m for a player, is thinking about selling the club and wants to make a profit.

“That he, at the end of his tenure at Newcastle, would buy a player for so much money is hard to believe.

“But it doesn’t matter, even if the fee is a bit below that. We will never be a club who can afford such players. It amused me a bit in these past days, reading this and also being linked to the player.

“He is a great player but there are more great players – at Hoffenheim and at other teams in the Bundesliga.”

Joelinton has scored 10 goals in all competitions this season, having spent his first two years at Hoffenheim out on loan with Rapid Vienna.

He extended his Hoffenheim contract through to 2022 in November. 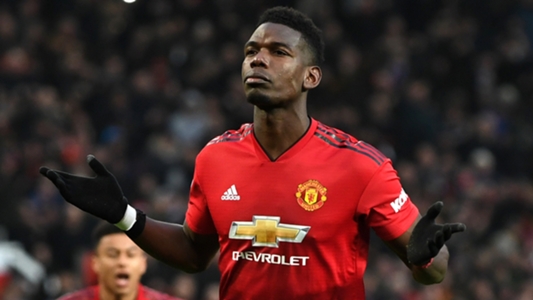 Paul Pogba has seen his long-term future at Manchester United questioned by Gary Neville, with the World Cup winner expected to push for a move elsewhere at some stage.

The France international was acquired by the Red Devils in a record-breaking deal during the summer of 2016.

He was returned to Old Trafford from Juventus, with Jose Mourinho moving to bring a former academy graduate back to familiar surroundings.

The Portuguese was unable to bring the best out of a World Cup-winning midfielder, but has seen Ole Gunnar Solskjaer succeed where he failed.

Pogba has been a talismanic presence under the Norwegian, but is now seeing a return to form spark further questions of his future.

A move was mooted while frustrated under Mourinho, but Neville believes a deal could also be sought by the 25-year-old and his representatives if his current form is maintained and his value continues to increase.

The former United defender told Sky Sports: “To be balanced on Pogba, for two years, £95 million, he gave the club nowhere near enough in terms of performance levels and his contribution.

“In the last two or three months he’s playing like the player – to be fair – that they bought for £95 million, and he’s an outstanding player when he plays like he is doing at the moment.

“But in the back of my mind the problems that we were witnessing in the first two years will emanate again at some point.

“He’s been brilliant, he’s been outstanding, but this is only three months of football in the two-and-a-half years from the three seasons so let’s keep it in balance.

“That’s my worry with him; can he be trusted in the long term?”

Pogba’s current contract with United is due to run until the summer of 2021.

The Red Devils have a 12-month option in that agreement which will likely be triggered if no extension is agreed before that point.

Christopher Nkunku intends to be at Paris Saint-Germain beyond the end of his current contract, but a man previously targeted by Arsenal admits he is unable to predict what his future will hold.

The 21-year-old midfielder is a product of a famed academy system at the Ligue 1 giants.

He is taking in a fourth season as part of the first-team fold, but has rarely been a regular.

Nkunku did make 27 appearances across all competitions in 2017-18 and has another 18 outings to his name this term.

He has managed four goals, including two in his last two games in Ligue 1.

The youngster has earned plenty of praise for his showings, but has also seen plenty of talk regarding moves elsewhere.

Arsenal were credited with interest during the January transfer window, with Unai Emery seeking to land players of potential for the present and future.

No move was made and Nkunku has impressed for PSG. 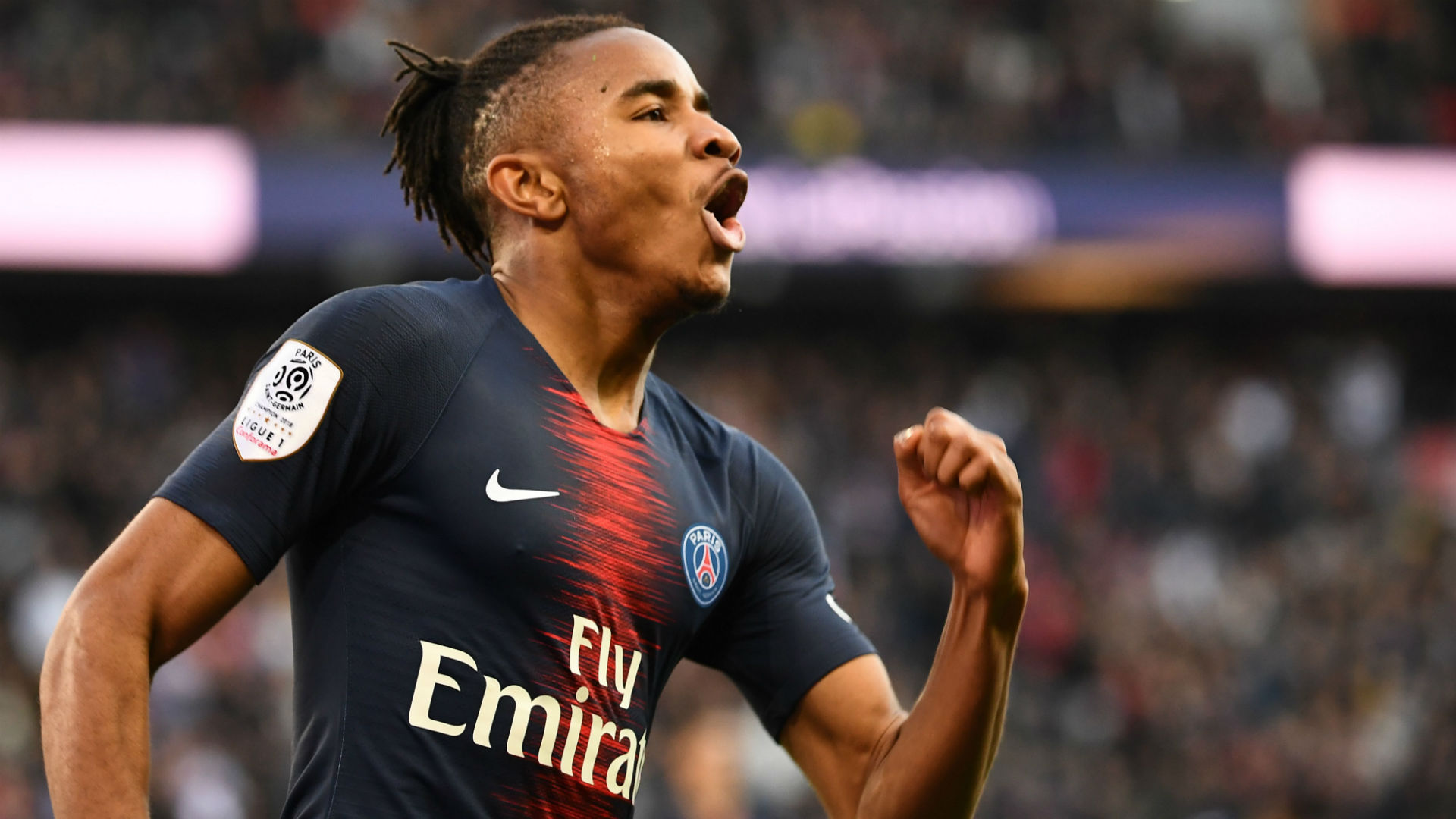 He remains tied to a deal through to the summer of 2020, but no extension has been put in place as yet.

There is an intention on his part to commit to fresh terms at some stage, but that decision may be taken out of his hands as he concedes anything could happen in upcoming windows.

Nkunku told Maxifoot on his plans to remain at Parc des Princes: “It’s my intention, my goal, afterwards, yes, I’ve thought about my future as all the players do.

“Today, I’m a Parisian until the end of my contract in 2020 and after we’ll see the club.”

Nkunku has impressed in the last couple of seasons while helping to cover the injury-enforced absence of Brazil international Neymar.

He may, however, slip back down the pecking order once a star-studded squad is back to full health.

That could see interest in his services rekindled, with Arsenal having explored the option of taking Nkunku on loan with an option to buy. 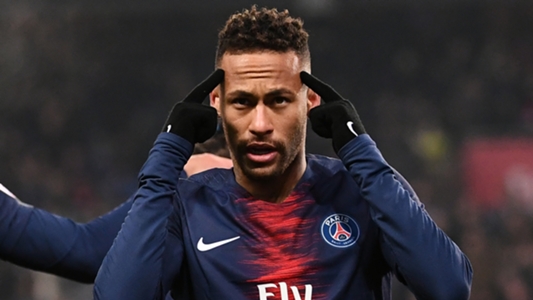 Paris Saint-Germain president Nasser Al-Khelaifi says there is no point in Real Madrid making an offer for Neymar this summer because he is not for sale.

The Brazilian attacker has been constantly linked to a return to Spain since forcing his way out of Barcelona to make a world-record transfer to the French champions in 2017.

Madrid, having tried to sign him from Santos before he headed for Camp Nou, are said to be still eyeing Neymar, while Barca are reportedly interested in taking him back.

The 27-year-old has been in sensational form since his arrival, scoring a total of 48 goals in 53 games in all competitions for PSG and president Al-Khelaifi says Madrid have already been warned that he will not be allowed to leave this year.

“Neither Real Madrid, nor any other club in the world, needs to call us about Neymar or any other player,” he told Marca.

Neymar has been out of action since January with a foot injury and could be missing for at least another month. Asked how his recovery is going, Al-Khelaifi replied: “Very good. He’s an extraordinary player and person. He shows a great ability to sacrifice and great character to overcome this new injury.

“He has been recovering in Paris, also in Barcelona and now in Brazil. It’s what was expected since the start by the club’s doctors.”

Neymar is not the only world famous attacker playing for Thomas Tuchel’s Ligue 1 leaders, with Kylian Mbappe continuing to make headlines. The 20-year-old France star has scored 22 times in just 20 Ligue 1 games this season and the president believes he has alread sealed his place as a PSG icon.

“Kylian is already a club legend. What he has done at just 20 years of age, having won a World Cup and become one of the five best players in the world alongside Neymar, is exceptional,” he said. “In Paris, everyone loves him, he is at home and he knows that he has everything he could want to make history at PSG. He has the ability to make the Parc des Princes dream and all of the young people who love sport. The relationship between PSG and Mbappe is long-term because there is a very strong mutual trust.”