The Brazilian club are thinking big ahead of the 2017 campaign, and their coach is determined to bring in a household name to Vila Belmiro

In addition to Bastian Schweinsteiger, Dorival Junior has named Franck Ribery, Yaya Toure and Francesco Totti on an ambitious list of star-studded names he is interested in signing for Santos.

Dorival revealed last month that he recommended the club sign a big-name player and had suggested Manchester United outcast Schweinsteiger as a potential target.

While the finances of such a deal may be beyond Santos, the head coach hopes they can entice a player of the highest calibre to boost their international profile.

Bayern Munich winger Ribery, Manchester City midfielder Toure, who has only recently been brought out of the wilderness by Pep Guardiola, and veteran Roma forward Totti are among those leading Dorival’s wishlist.

However, he suggested that such players would have to be willing to take a pay cut for a Santos switch to come to fruition.

“I work in reality, but I have to try and build the best team possible,” he said in an interview with Brazilian publication Lance!.

“I think of it as a marketing move, which can gain new members or a partner interested in the image of the player.

“This is the healthy side of football, wanting more and more. Then comes the board looking for a new name, a man who is down and wants to turn his career around.

“Ribery is one of these, who could be a name, and at Manchester City there is Yaya Toure. Totti is another that if he came would attract everyone’s attention.

“We are discussing some names. Sometimes the player himself is looking for a new place and is disposed to a new financial situation.”

Santos finished second in the Campeonato Brasileiro, thus securing a place in the 2017 Copa Libertadores.

Manchester United are closing in on a transfer for highly rated young Benfica defender Victor Lindelof.

Goal understands that Benfica president Luis Filipe Vieira was expected to travel to Manchester on Monday to meet with United officials to iron out the final details of a move.

Who is United target Lindelof?

Jose Mourinho has marked the centre-half as his number one target in the January transfer window and the Portuguese side are said to be willing to let him leave for around €45 million.

Lindelof, a 22-year-old Sweden international, is also able to operate from right-back and has started in 13 of Benfica’s 14 Primeira Liga games, and all six of their European fixtures.

Paris Saint-Germain and Inter had also been linked with the youngster, who is one of Jose Mourinho’s priorities for the coming window

Dimitri Payet has fuelled speculation surrounding his future at West Ham by refusing to rule out a potential return to former club Marseille.

The 29-year-old has been linked with several big clubs including Manchester United after starring for West Ham last season, before helping France reach the Euro 2016 final.

However, Payet – who played for Marseille from 2013 to 2015 – has suggested he could be interested in moving back to Ligue 1.

He told SFR Sport: “I am not closing the door to anything.”

Should Payet look to leave West Ham, it is understood that it would take a huge offer to lure him away from the London Stadium.

West Ham co-chairman David Gold said in July that the club would not entertain offers less than £50m for Payet.

Klopp: Liverpool have a duty to entertain

Marseille have since been taken over by Frank McCourt, the former owner of Major League Baseball’s Los Angeles Dodgers, and have big plans to return to the top of French football.

“Marseille have a new project which seems interesting,” Payet added. “Aside from that, we are obviously waiting to see the first few things that the new owners do, but Marseille knows how attached I am to the club.

“When I talk about it, I say the best possible things, because that is what I think, so why not.”

Manchester United, Chelsea and Ligue 1 giants PSG are all said to be monitoring the Brazilian, with Jurgen Klopp the latest to show an interest

Liverpool are the latest European club to show their interest in highly-rated Santos midfielder Thiago Maia, according to ESPN.

The 19-year-old is considered to be one of the hottest prospects in South American football, having shone in the Brazilian top flight and for the national side as they took gold at the 2016 Olympics.

Manchester United, Chelsea and Ligue 1 giants Paris Saint-Germain are all said to be monitoring Maia, but will have to fight off competition from Jurgen Klopp’s Reds if they are to land the starlet.

The German manager is reportedly keen to add a central midfielder as cover for captain Jordan Henderson and has a number of scouts keeping a close eye on the teenager. 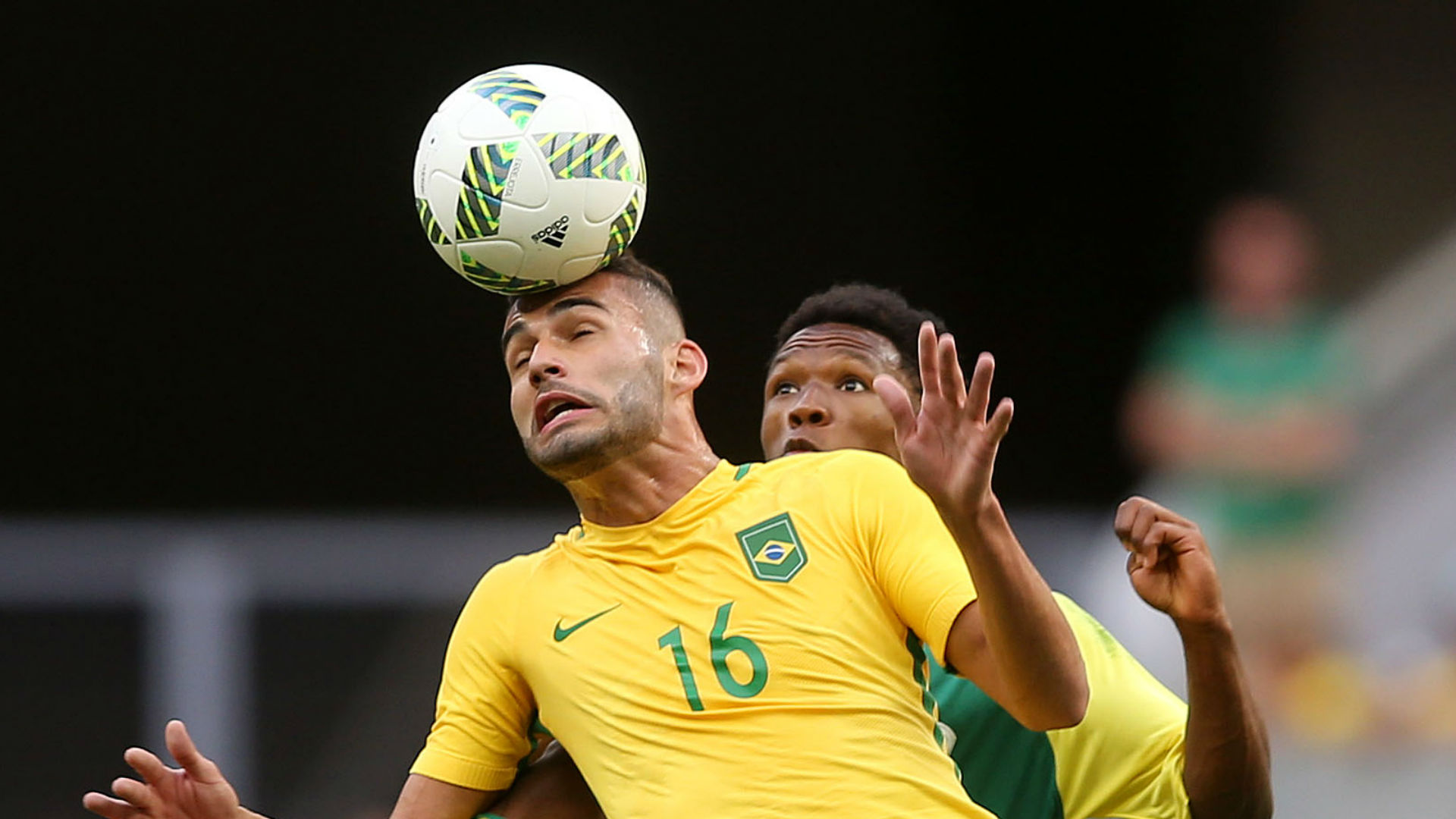 The Argentine striker appeared to bid farewell to La Bombonera on Sunday, but Guillermo Barros Schelotto is not giving up on him staying at the club

Boca Juniors boss Guillermo Barros Schelotto hopes he will still have Carlos Tevez available in January amid talk of a move to Chinese Super League side Shanghai Shenhua.

Premier League Team of the Week

Tevez appeared to say farewell when he was substituted in the closing stages of Boca’s 4-1 win over Colon on Sunday, waving to the supporters inside La Bombonera and embracing Barros Schelotto on the touchline

The 32-year-old, who saw a pitch invader drop to their knees in his path and hug him as he made his way off, was seemingly in tears as he took his seat in the dugout, but his coach refused to confirm it was the talismanic striker’s final appearance for his boyhood club.

“He still hasn’t said anything to me,” said the coach. “I took Carlos off because the match was over and, if he leaves, so that the fans can say farewell.

“I saluted him just like the supporters – it may have been a farewell or gestures of affection to convince him to stay.

Pep has the balls to adapt

“Whatever Carlos decides is good. We hope to have him in January. We have done everything we could, now it’s up to him. Boca have all the time in the world to wait for him.

“The team depends on Carlos’ decision – it is formed around him. But I think we have some variations.”