After moving to the Olympic Stadium, the Hammers have brought in Andre Ayew, Arthur Masuaku, Sofiane Feghouli and Jonathan Calleri, much to the delight of the manager

Slaven Bilic has talked up West Ham’s financial muscle in the transfer market, claiming the Londoners can now compete with the Premier League’s elite for players.

After moving to London Stadium, West Ham have brought in Andre Ayew, Arthur Masuaku and Sofiane Feghouli, as well as loanee Jonathan Calleri.

While West Ham were unsuccessful in their attempts to sign Michy Batshuayi – who they will come up against on Monday after the Belgian striker joined Chelsea – and AC Milan’s Carlos Bacca, the club did break their transfer record to prise Ayew from Swansea City.

And West Ham manager Bilic is happy with the state of his squad.

“I said it openly, we tried to get one of the top strikers in the market and they opted for a bigger club, and also better money of course, but at the end we bought what we wanted to. I’m happy,” the Croatian said.

“I said a few weeks ago to the chairman and [chief scout] Tony Henry that if we want to go big game fishing, there are two conditions for us to compete with the big clubs – if we go early or if we put more money in.

“Then we might have had a chance, on paper, with those great ones. But we didn’t do that. Then it is almost impossible to get the player.”

West Ham finished seventh in the Premier League last season, while Chelsea surrendered their title as they languished in 10th position.

Pep Guardiola could be on a collision course with Manchester City supporters over his handling of fan favourite Joe Hart, but the new boss is making the right choice.

Guardiola has elected to replace Hart as City No.1, a decision which is sure to be vastly unpopular with many.

Hart has proven himself to be one of the best goalkeepers in England, if not Europe, in recent seasons, and there is no denying that he is a modern City legend.

He is incredibly popular with City fans, many of whom will argue that he deserves to be given time by Guardiola. That is not how it will work.

Guardiola has publicly suggested that Hart could work his way back into the first team given time, but it is understood the decision has already been made to sign Claudio Bravo from Barcelona, a move which will push the Englishman further from the first team.

| Man City close in on Bravo 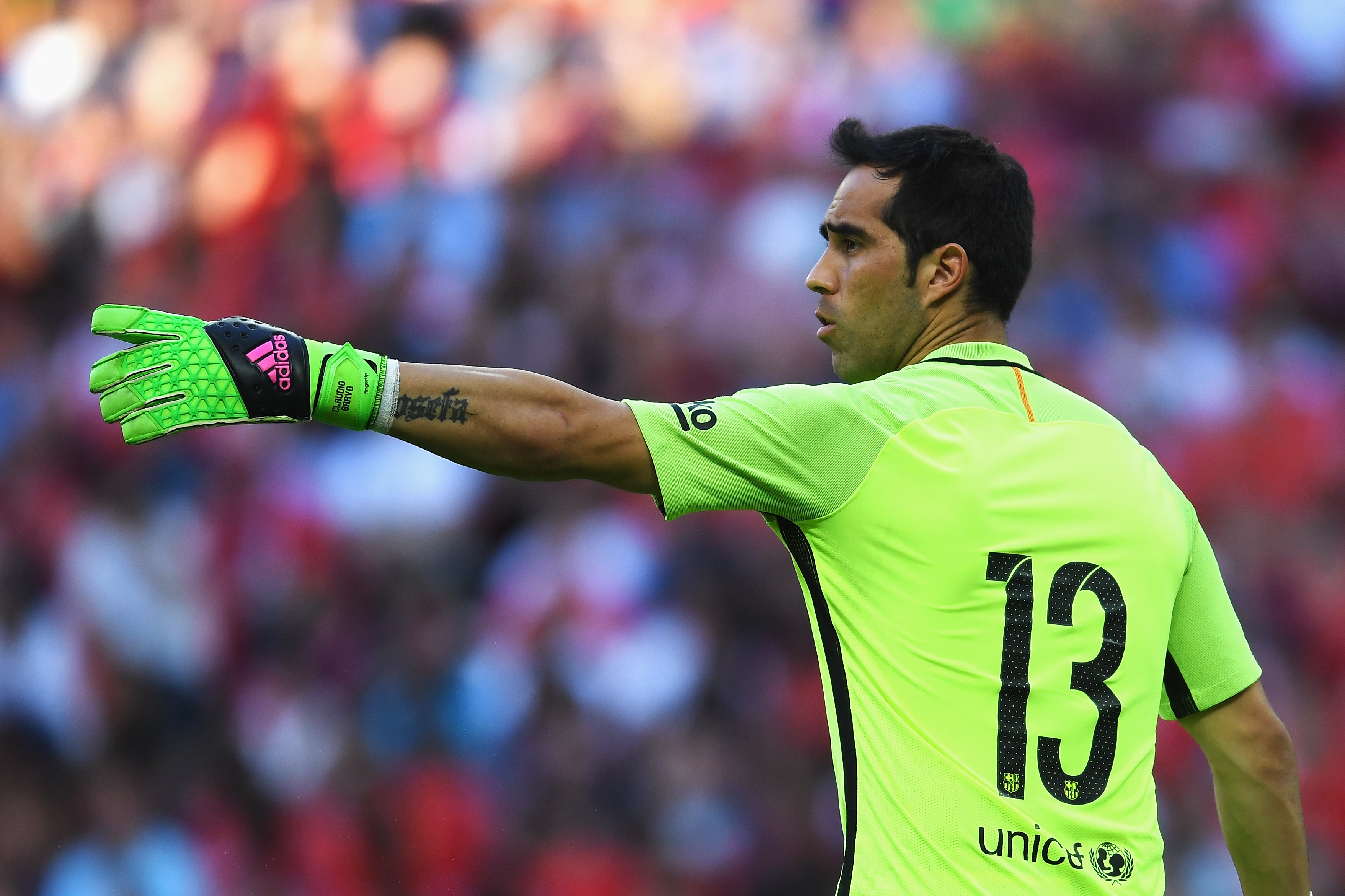 The Catalan was casting his eye over the City players while he was still in charge of Bayern Munich, and word quickly spread that Hart may have a fight on his hands to retain his place in goal.

It has become clear that Guardiola’s doubts have only grown during the summer. He chose Willy Caballero for the first game of the season because the Argentine gives him confidence in his “build-up play and personality”. The inference is that Hart does not.

Caballero, it must be said, is not significantly better than Hart either with the ball at his feet or in terms of reading of the game. Few would say the rest of his game is stronger than his team-mate’s.

But it is a question of suitability. Caballero is currently a better fit for what Guardiola wants to do at City than Hart. The Blues hope to sign Bravo, an upgrade on both, in any case.

This is why the argument that Hart should continue as No.1 based on past performances for club and country should be discarded out of hand. Sentimentality should not come into it.

Guardiola has always placed huge importance on his goalkeepers. He once described his Barca side as “Victor Valdes and 10 more”, valuing the keeper’s ability on the ball and comfort outside his area. Frans Hoek, the Dutch coach who worked with Barca’s keepers, including Valdes, during the 1990s, said in 2013: “Valdes’ work at Barcelona consists 80 per cent of the time in constructing play, while the other 20% of the time he does the normal work of a goalkeeper.” If Hart could rely on doing the normal work of a goalkeeper for 80% of the time, there would be no issue.

Manuel Neuer’s extreme confidence with the ball at his feet, as well as his desire to rush from his line to cut out danger, was also a huge part of Guardiola’s gameplan at Bayern. 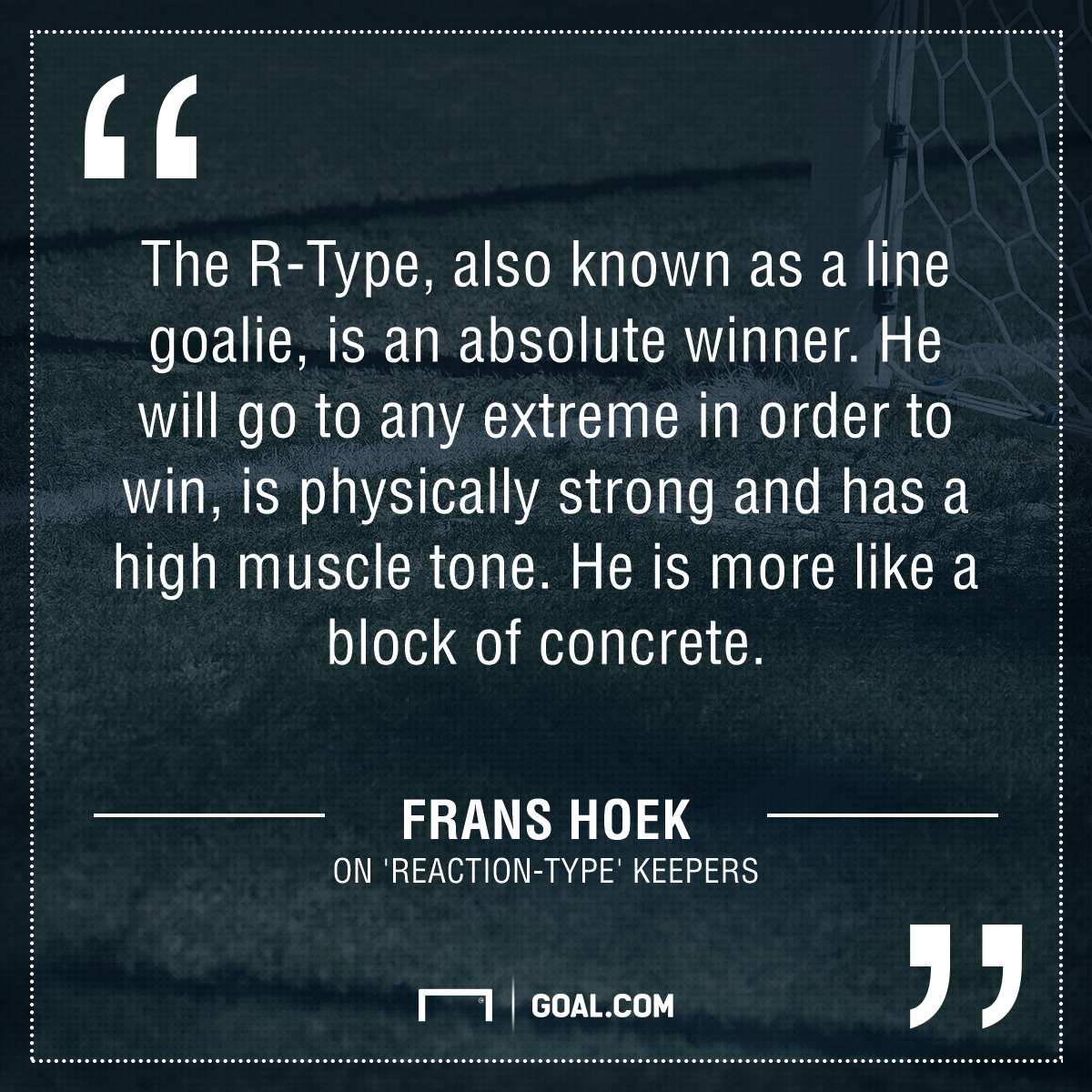 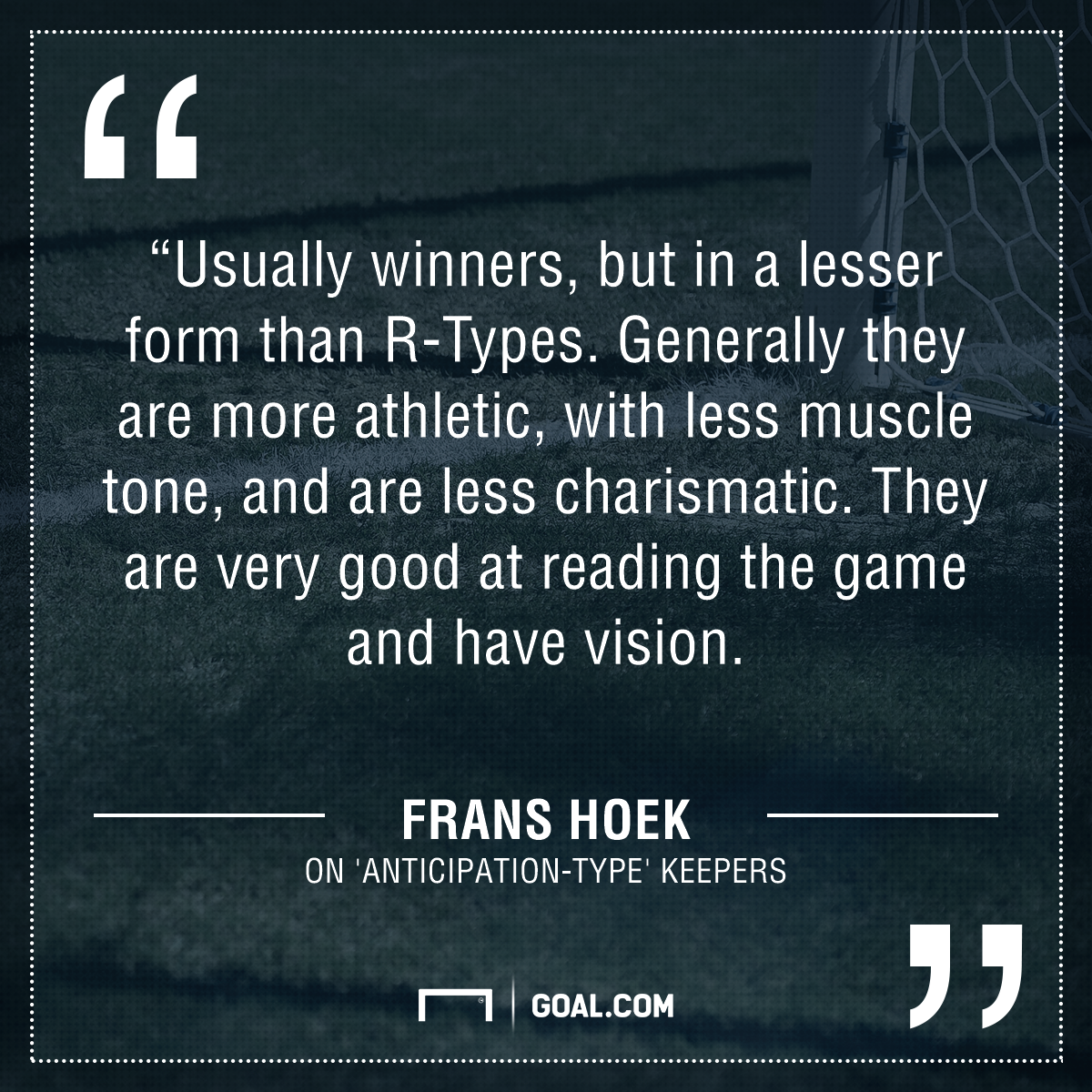 After all, it is a misconception that Pep’s keepers simply have to be good at passing the ball. The ability to contribute to the build-up play is of course essential – whether that be with inventive passes to beat the press, or simply the confidence not to resort to an aimless punt down field.

But that must be combined with a tactical understanding which allows them to play well outside their area, not only sweeping up danger in behind the defence but essentially dictating the whole team’s shape.

The type of keeper favoured by Guardiola and Hoek in their respective careers “could be easily used as field players, as they are able to function as the 11th player,” as the Dutchman lays out in his goalkeeping thesis, published in Soccer Coaching International. “This means they love a backpass.”

Does that describe Hart? He is by no means terrible in possession, but the point is that Guardiola has decided he is not quite good enough for his system. Bravo fits the mould.

The right goalkeeper will set the tone right from the back, his positioning and passing will help City both defend and attack. 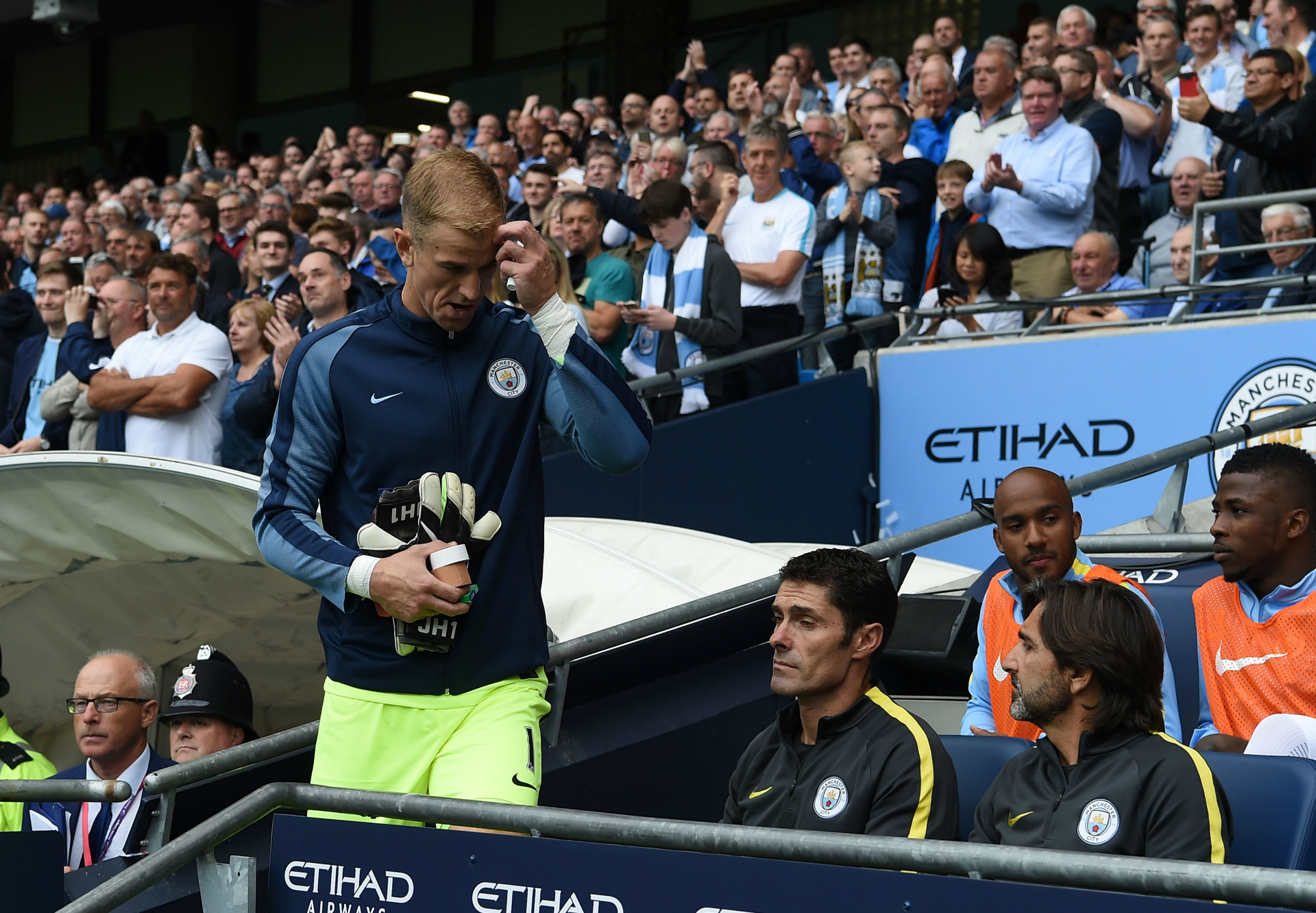 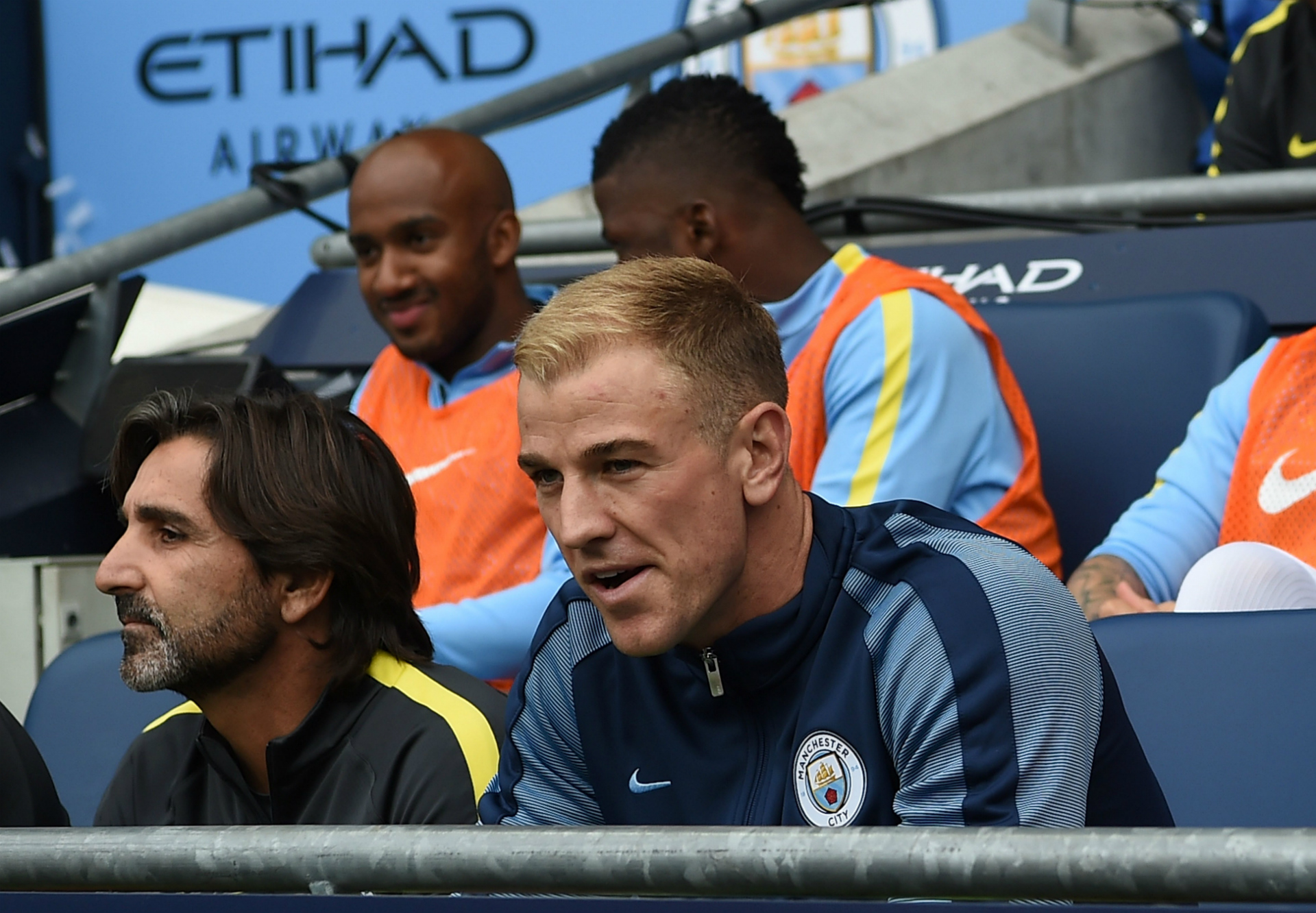 That is why those who suggest City need to improve in other areas of the pitch before worrying about Joe Hart are also missing the point. Yes, Hart is a better goalkeeper than, say, Aleksandar Kolarov is a centre-back, but once again it comes down to suitability. Hart is, for now and possibly forever, not a Guardiola goalkeeper. Whether he is the England No.1 or not is irrelevant, and whether City need to sign a right-back, or a centre-back, or a midfielder, should not come into it.

The goalkeeper is absolutely vital to Guardiola’s footballing philosophy. Without the right man between the posts, the Catalan will not feel able to get City playing how he wants them to play. For a man absolutely obsessed with the most minor of details, there is no way one man’s popularity – no matter who he may be – will force him to back down on such an important issue.

City fans were overjoyed when it was confirmed Guardiola had chosen the club as his next destination. They knew about his exploits with Barca and Bayern, they had seen the type of football he can get his teams playing, they could dream about the trophies. They will surely have known, too, that he is as ruthless as anybody in the business.

City signed up for the full Pep Guardiola experience, and there will be no compromises. Hart will be the first at the Etihad to attest to that, and the fans will have get used to it.

Pep has insisted publicly that the England No.1 could yet work his way back into the first team, but a move for the Barca keeper has thrown his future into doubt

Joe Hart fears his time at Manchester City is coming to an end as the club step up their efforts to sign Claudio Bravo from Barcelona, Goal has learned.

Hart was left out of Pep Guardiola’s starting line-up for their Premier League opener against Sunderland on Saturday and faces a fierce fight to hold onto his status as City No.1.

Guardiola has publicly insisted that Hart may yet win back his place, but the Catalan is thought to have his doubts about the England keeper’s ability to adjust to his complex tactical demands.

Sources close to Hart also believe that the player will struggle to get a look in if Bravo arrives at the Etihad Stadium.

It is understood that City are confident of signing Bravo before the close of the transfer window, as reported by Goal on Sunday evening.

Although City and Barca are yet to agree on a transfer fee, the Chilean is keen to link up with Guardiola and talks are expected to intensify after the conclusion of the Spanish supercopa on Wednesday.

Hart is extremely popular with City supporters after playing a pivotal role in the club’s recent success, having won two Premier League titles, two League Cups and the FA Cup in the last five years.

But it has become clear that he does not suit Guardiola’s gameplan and, with Bravo’s arrival set to be confirmed this month, he may yet decide to seek a new club in order to guarantee first-team football. 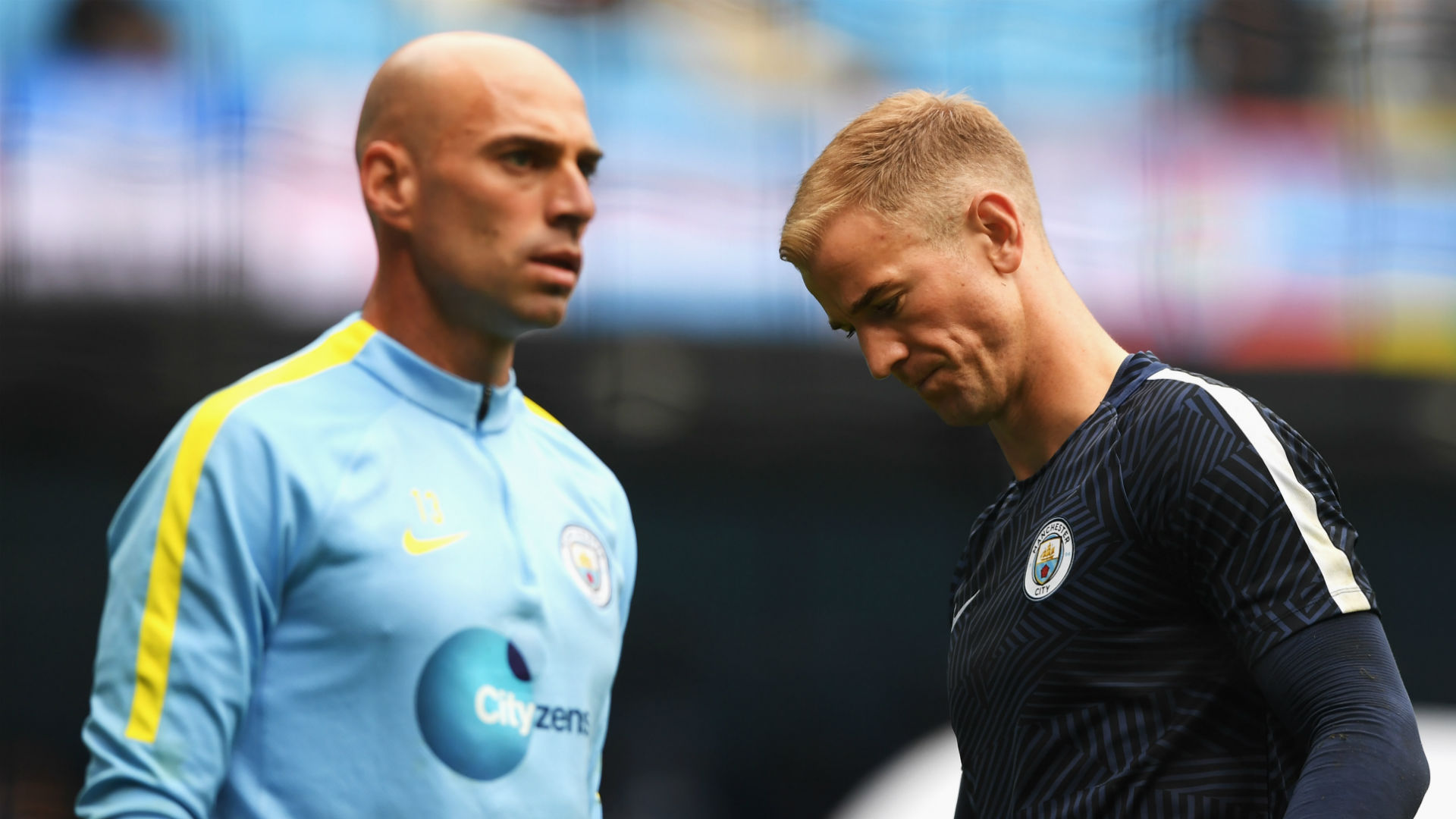 “I am pretty sure he is not happy,” Guardiola said of Hart after he was left out of Saturday’s game. “Players when they do not play they are sad, of course, I would not like them to be happy when they don’t play.”

Guardiola insisted on Friday that Hart could adapt to his methods given time, and after the Sunderland game he once again was at pains to point out that his decision to pick Willy Caballero did not necessarily spell the end for the England keeper.

“Today he was the first choice,” he added. “I don’t know. I don’t know. It was today. Maybe the next game I’ll change or maybe not. Today I needed the build-up, to use the goalkeeper to play quicker, to arrive the balls behind the line, and Willy had this quality.

“First of all he had more time, he arrived on the first day, in the first training session we worked on that. That’s the reason why, nothing else.

“I know Joe’s quality, he’s an amazing goalkeeper, he’s the goalkeeper with the national team, the last years he was so important to win the two Premier Leagues, the cups, and titles, the personality, the character, I know that. But today I have to decide and today I decide in that way.”

Andrea Pirlo says Juventus are still laughing at Manchester United for allowing Paul Pogba to leave the club cheaply and join the Turin side back in 2012.

The France international moved to the Serie A side for just £800,000, spending four years in Italy before heading back to Manchester United this summer in a world-record £89.5m deal.

Pirlo says that while Juventus may have lost their prize asset they are still struggling to believe they managed to land him for such a nominal fee in the first place.

“On the first training session Pogba had with Juventus the players were laughing,” he told the Telegraph.

“We were not laughing for any other reason than we were just in total disbelief that this player with so much obvious ability was able to leave the club the size of Manchester United for free – and I think Juventus are still laughing.

“I will always remember that first day he trained at Juventus. He was only young but we could see he was special.”

Despite the massive transfer fee, Pirlo believes that Pogba will be a success at Old Trafford, particularly with Zlatan Ibrahimovic also now at the club.

“I think Pogba will make Manchester United a real force again. One player of that quality can change things,” he added.

“They will lift the players, the fans. You give any team Pogba and Zlatan in one window and they are capable of special things.”