Former Real Madrid winger Julien Faubert believes Neymar will one day be a worthy successor to Lionel Messi at Barcelona, but feels his ex-club will struggle to replace Cristiano Ronaldo.

Ronaldo became Madrid’s all-time top scorer in October but has struggled to shine under Rafael Benitez this season, allowing Barcelona to surge into the lead in La Liga with Neymar deputising for the injured Messi.

Speaking ahead of next week’s El Clasico clash, Faubert says the Brazilian is a ready-made replacement for his counterpart, whereas Gareth Bale is incapable of filling Ronaldo’s boots.

“Neymar has the same quality and power that Messi and Ronaldo have. His level is very high,” Faubert told AS.

“We do not know the same about Bale. After Messi, Barca will have Neymar, but after Ronaldo, we do not know what will happen to Madrid.”

The once-capped France international also weighed in on who reigned between Messi and Ronaldo, stating the former is the more naturally-gifted of the duo.

He said: “Messi did not have to work too hard to get to his level.

“He is pure talent. Ronaldo, on the other hand, has had to work hard every day to reach his level.”

Madrid star Karim Benzema could meanwhile face jail time after pleading guilty to his involvement in blackmailing Mathieu Valbuena in a sex-tape scandal, and his compatriot Faubert admitted the news took him aback.

“People are surprised. I love Benzema as a player and person, but what am I supposed to think now?” he continued.

Faubert had a six-month loan stint at los Blancos in 2009 and compared former team-mate Guti to Messi and Zinedine Zidane, while speaking about his sole experience in a Clasico – the infamous 6-2 hammering at the hands of Pep Guardiola’s treble winners.

“Guti was like Zidane and Messi,” Faubert recalled. “He saw football differently. He was a player worthy of the Ballon d’Or.

“It [the Clasico loss] had been a classic game. We were helpless. I remember how the Barcelona controlled the tempo of the game, with the technical excellence of Xavi [Hernandez], Messi and [Thierry] Henry.”

After returning to West Ham from his loan, Faubert wound down his career with experiences in the Turkish Super Lig, and with Bordeaux in Ligue 1.

The Belgium international – signed from Lille by Brendan Rodgers – has enjoyed a run of games under the new manager, and is keen to impress

Liverpool striker Divock Origi is eager to feed off the “positive energy” generated by Jurgen Klopp.

The 20-year-old signed on a five-year contract from Lille in July 2014 and spent last season with the Ligue 1 club, but has now become a regular fixture in the Reds squad under the new boss.

Liverpool went six games unbeaten under the German coach prior to the international break, and the Belgium international is now hoping to transform Klopp’s enthusiasm into results on the pitch.

“If you look at the new manager, the immediate feeling is that he sends a lot of positive energy to everyone,” he told the latest issue of the official Liverpool FC magazine.

“He likes to work with everybody and help them make progress and he has a clear plan. That has also come across in what I have seen in the first games he has been in charge.

“When you have a coach like this it means you have a leader who sends this energy to the group and we try to react for him in every way. I think it should be a good partnership for him and Liverpool.”

Earlier in October, Klopp revealed he attempted to sign Origi while at Bourssia Dortmund.

Origi admits such comments offer him encouragement, although he insists it is still up to him to impress when given his chance in the absence of injured duo Daniel Sturridge and Danny Ings.

He continued: “I heard he said he’d been interested in signing me when he was at Bourssia Dortmund so that shows that he is aware of my qualities.

“That was nice to hear but eventually it is down to me to show what I can do on the pitch and I have to focus on that.

“Everybody at the club believes in me so I have to work hard and try to maximise every moment of playing time I get.”

The talent will be aiming to break his Liverpool duck by scoring against Premier League leaders Manchester City when club action resumes next weekend.

Chelsea are ready to cut their losses this season and end Radamel Falcao’s loan stint in January, according to ESPN FC.

The Colombian arrived on a season-long transfer from Monaco in the summer but has failed to make an impact this term, starting only twice and scoring just once so far.

However, an early termination is believed to be problematic unless the clubs find another side willing to take on the troubled striker and pay his significant wages.

Falcao’s reported desperation to find a team where he will feature regularly could lead to a compromise that would suit all parties found, however.

Chelsea are understood to have identified Bayer Leverkusen’s Javier Hernandez and Valencia’s Paco Alcacer as potential replacements in the January transfer window. 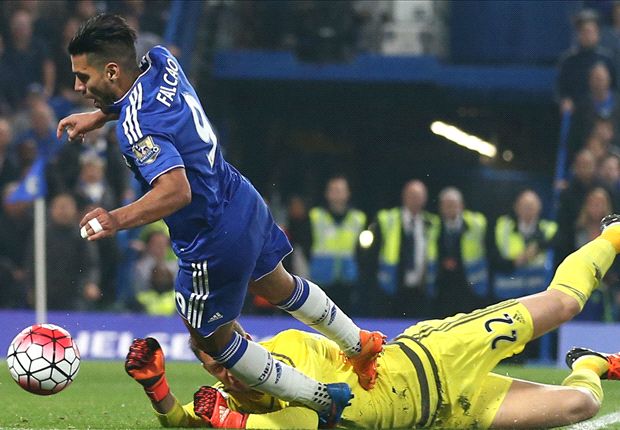 Gary Neville believes Manchester United would be better off signing Gareth Bale from Real Madrid than bringing back Cristiano Ronaldo.

Ronaldo left Old Trafford to join los Blancos for a world-record fee in 2009, and has gone on to win the Ballon d’Or twice during his time in Spain.

The Portugal star has repeatedly been linked with a return to Manchester during the latter stages of his career.

But Neville says Bale, Ronaldo’s team-mate who is four years younger, would be a smarter signing.

“The idea of Cristiano coming back as his swansong, well it wouldn’t be the same for him as it was before,” Neville told the Daily Star.

“What he did before at United was, for two years, out of this world and it was a privilege to be part of it. But I would certainly prefer us to get Bale – and that’s no disrespect to Cristiano.”

Rumours are rife that Ronaldo – now Madrid’s all-time top scorer – could seek an exit out of the club after falling out with new coach Rafael Benitez.

The 22-year-old mainstay in the Bianconeri midfield was targeted by a host of Europe’s wealthiest sides over the summer, with Barcelona amongst the forerunners for his signature.

Pogba ultimately spurned the advances of the treble winners, but Bronzetti believes it is only a matter of time before the sought-after France international turns out in their colours.

“I know that Barcelona are after him [Pogba],” he told Tuttosport. “It’s likely he’ll end up there sooner or later.

“We’ll have to see whether Juventus decide to sell him. In any case, Barca are not the only Spanish club looking for him.”

Bronzetti also stated the Serie A champions could be set to lose Alvaro Morata to Real Madrid, with the capital club retaining an option to re-sign their academy product for €30 million at the end of this season.

“As far as I know Real’s intention is of taking him back,” he continued. “But we’ll have to see what Morata himself says.

“You don’t go to Real with reluctance. They certainly aren’t the type of club that will keep those who don’t want to stay with them.

“Real are changing their policies and they are putting a lot more emphasis on the players from their youth squads. For them, someone like Morata may be interesting too.”

The striker moved to Turin for €20m in the summer of 2014, with his goals proving crucial to Massimiliano Allegri’s men winning a league and cup double last term.