Manchester City and Chelsea are both ready to bid for Real Madrid striker Karim Benzema, according to HITC.

The France international’s future at the Santiago Bernabeu has come under speculation amid rumours of differences with coach Rafael Benitez.

Benzema’s charges of conspiracy to blackmail France team-mate Mathias Valbuena over a sex tape has also led to strained relations, as the striker believes the club could have supported him with more gusto during the scandal.

Chelsea would be keen to bolster their strikeforce in January as Diego Costa has struggled for goals this season, while City could use cover for Sergio Aguero, who has suffered from injuries and missed several key games so far. 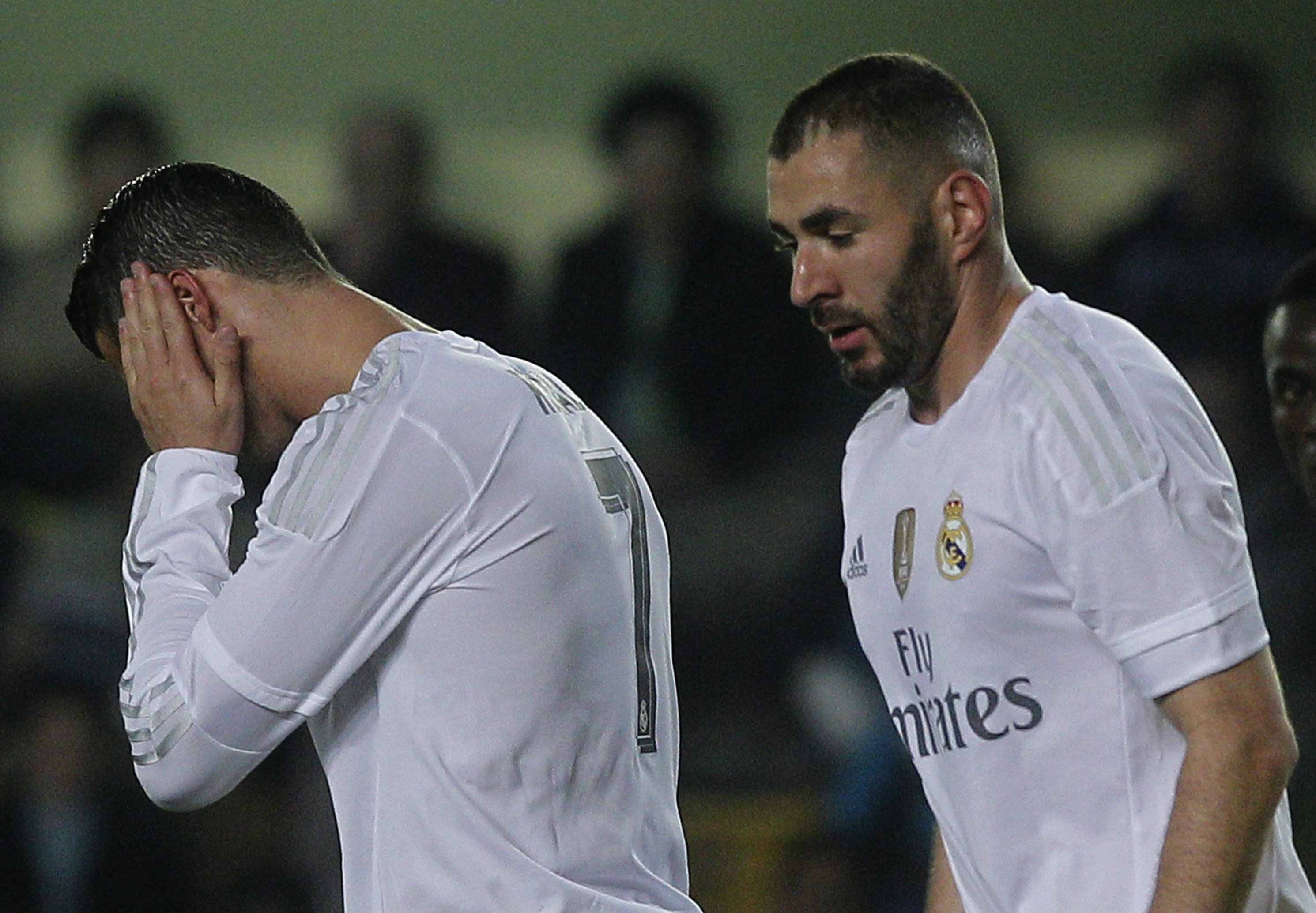 The Portugal international has been repeatedly linked with a switch to Parc des Princes, but the club owner has denied negotiations are already in process

The Portugal international’s future is the subject of frequent speculation, with both PSG and his former club Manchester United touted as potential destinations should he depart the Santiago Bernabeu.

However, a potential move to the Parc des Princes is apparently still far away at this stage.

“At the moment, Ronaldo is a Real Madrid player. He still has two-and-a-half years to go on his current contract,” El-Khelaifi told Le Figaro.

“I maintain an excellent relationship with Real Madrid president Florentino Perez. We have not held talks over Ronaldo.

| Mourinho Madrid return would be risky

“He is obviously a great player, but we already have some great players in our squad. Angel Di Maria is one of them. I am very satisfied with our current squad.”

Al-Khelaifi also had his say on the future of Zlatan Ibrahimovic – whose contract with PSG expires at the end of the season – and revealed that they will sit down with the 34-year-old in February to discuss his future.

“I have a lot of respect for Ibrahimovic as a player, he always behaves professionally,” he added.

“We will never forget what he has done for PSG. The fans will always remember him. He loves Paris and PSG. Every match makes him happy like he is still 16. He always wants to keep going and that underlines his motivation. He gives his all for the club.

“We will discuss his future in February, to see what he wants to do. He knows that I will always support him.”

With Rudi Garcia on the brink after an awful recent run of form, the Giallorossi have turned their attention to the sacked former Chelsea boss

Roma have made Jose Mourinho their No.1 managerial target as speculation grows over Rudi Garcia’s future, Goal understands.

The Portuguese manager was dismissed by Chelsea owner Roman Abramovich on Thursday, with the Blues suffering a dismal defence of their title that sees them languishing in 16th place in the Premier League table.

And Goal understands that Mourinho is at the top of the list of potential replacements for Garcia at Roma, who could lose his job if the Giallorossi fail to beat Genoa in Sunday’s Serie A clash.

Mourinho spent two years in Italy managing Inter, where he won two league titles and the Champions League during a hugely successful spell with the Nerazzurri.

In a statement released earlier on Saturday, the 52-year-old revealed that he would not be taking a sabbatical, seemingly with the aim of making an immediate return to management after his sacking on Thursday.

Roma, meanwhile, are currently fifth in the Serie A table although Garcia’s position worsened after Wednesday’s humiliating Coppa Italia exit at the hands of Serie B side Spezia. 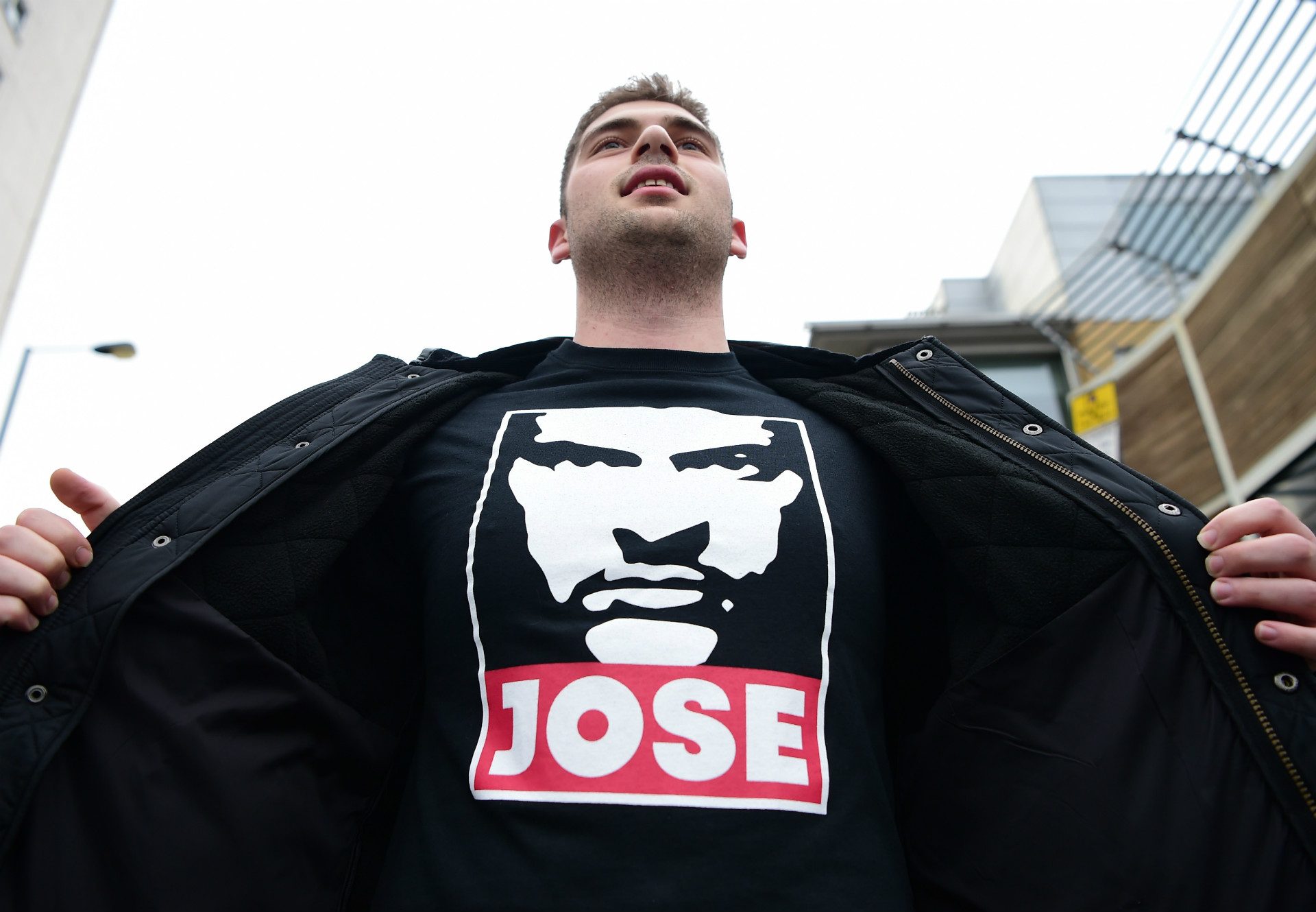 ‘WITH YOU JOSE!’ CHELSEA FANS BACK MOURINHO

The Frenchman has successfully steered Roma to the last 16 of the Champions League but is still in a precarious situation having failed to register a single victory since November 8.

The capital club do, however, appreciate that luring Mourinho to Stadio Olimpico will be difficult, with the Portuguese having previously suggested that he would only return to Italy to take the Inter job.

Former Roma boss Fabio Capello, meanwhile, has dismissed the chance of returning to the club with whom he lifted the 2000-01 Scudetto.

Despite being one of the hottest young properties in European football, the young Portugal international is keen to stay at Estadio Dragao

Porto midfielder Ruben Neves has no plans to leave the Portuguese giants despite interest from several Premier League clubs, including Arsenal.

Neves has established himself as a regular in the Porto line-up since making his senior debut last season, with 18-year-old was even given the captain’s armband in the Champions League in October, becoming the youngest player to skipper a team in the competition’s history.

The teenager’s performances put him into the Portugal fold as well, with Neves earning his first and second senior caps in friendlies against Russia and Luxembourg in November.

And now he is the subject of intense transfer rumours, with English clubs such as the Gunners, Liverpool and Chelsea reportedly lining up to seal his signature.

Nevertheless, Neves said he is happy at Porto and wants to win titles with the club, telling reporters: “Yes, it’s possible that I will end my career at FC Porto.

“I’m happy at the club and I’m focused on improving every day to reach my goals, which include winning titles with FC Porto, my favourite club.”

Neves came through the youth ranks at Porto before earning a spot with the senior side at the beginning of the 2014-15 season at just 17 years of age.

The central midfielder admitted he struggled with the step up at first but has found his feet in the talented squad.

“When you come from younger teams, and you reach the main squad, there are always difficulties you have to deal with, like the intensity, the maturity, and the experience of the players,” he added.

“But I was welcomed by the group and I had some players helping me immensely, like Ricardo Pereira, who is a close friend of mine, and Helton, who is a reference.

The Portuguese boss will continue to live in London and is looking for another managerial opportunity, indicating he is ready for another job

Jose Mourinho has revealed that he will not be taking a break from management and will continue to live in London following his dismissal as Chelsea boss on Thursday.

Following a disastrous 2015-16 so far, in which the reigning champions have slumped to nine defeats in 16 Premier League games, Blues owner Roman Abramovich acted to relieve the Portuguese coach of his duties.

And while Guus Hiddink remains the favourite to take over at Stamford Bridge on a temporary basis, Mourinho, in a statement released by his Los Angeles based agents CAA, has indicated that he is “not tired” and will not be taking an extended break from football management.

“He will not be taking a sabbatical, he isn’t tired, he doesn’t need it, he is very positive, and is already looking forward,” the statement read.

Revealing plans for his immediate future, the statement indicated that Mourinho will continue to live in London and will be seen attending games, though the Portuguese will stay away from high profile contests in order to dampen any speculation.

| Gullit: Mou’s time was coming to an end

“Because of his love of football, you will see Jose at football grounds working and supporting friends. He will not be attending any high-profile games because he wants to discourage any speculation about his future,” the statement continued.

“Jose will remain living in London and hopes he and his family will be given the opportunity to do this privately.”

“Jose will not speak about his current situation for the foreseeable future. He asks the media to respect this decision.”

The CAA agency, in conjunction with Mourinho, also criticised Chelsea as the only club to have sacked the Portuguese boss and pointed to his post-Blues success with Inter Milan as representing the aim for the future.

“He is immensely proud of his eight trophies at Chelsea, and thanks the fans for all their support throughout his two spells at the club,” it said.

“During his career, Jose has sometimes chosen to leave a club, but only at Chelsea has the club decided that he should leave.

“Each time represents for him the end of a cycle, and the opportunity to start a new one. José hopes that his future after Chelsea this time will be as successful as when he left the club in 2007.”