Bayer Leverkusen midfielder Hakan Calhanoglu has admitted that he would find it hard to reject Manchester United or Barcelona, should either of the two clubs make an offer.

Calhanoglu has established himself in the Bayer side over recent years, capturing attention with some remarkable free-kicks, and has been widely linked with a move away from the Bundesliga.

But speaking after the club’s Champions League defeat to Roma, the midfielder suggested he would consider an offer from both clubs, although no approaches have been made by either United or Barcelona.

“Barcelona and Manchester United are huge clubs. It would be difficult to turn them down but I have not said anything about any transfers or anything of the sort,” he told Turkish broadcasters Lig TV.

The 21-year-old also acknowledged his head would be turned if Champions League holders Barcelona made a move, but any talk of a move to Camp Nou  is just speculation.

“I have not said anything and there is nothing to talk about, but of course if Barcelona made an offer I would have to consider it,” Calhanoglu added.

Arsenal and Manchester City target Grzegorz Krychowiak has ended speculation regarding his future by signing a new contract with Sevilla.

The midfielder has penned a one-year extension to his current deal, meaning he will remain with the Europa League holders until 2019.

Krychowiak was linked with a move to City and the Gunners over the summer, but their interest has prompted Sevilla to increase his release clause from £21.5 million to £32.2 million.

A statement on the club’s website said: “Grzegorz Krychowiak has become a leader of the side despite being at the club for just over a year.

“He has shown an absolute involvement with Sevilla and learnt the language quickly, meaning he has the complete trust of manager Unai Emery.

“In 63 appearances for Sevilla, the cub have an unbeaten percentage of 74 per cent.”

According to a report in France, the Real Madrid forward has told the PSG boss that he would love to play under him for the French champions

Speculation over Cristiano Ronaldo’s future at Real Madrid continues to mount as a new report in France claims that the forward told Laurent Blanc that he would be keen on a move to Paris Saint-Germain.

According to French newspaper Le Parisien, as Ronaldo walked off the pitch after Madrid’s 1-0 win over PSG on Tuesday, he told the Blanc: “Your team play very well. I would love to work with you.” 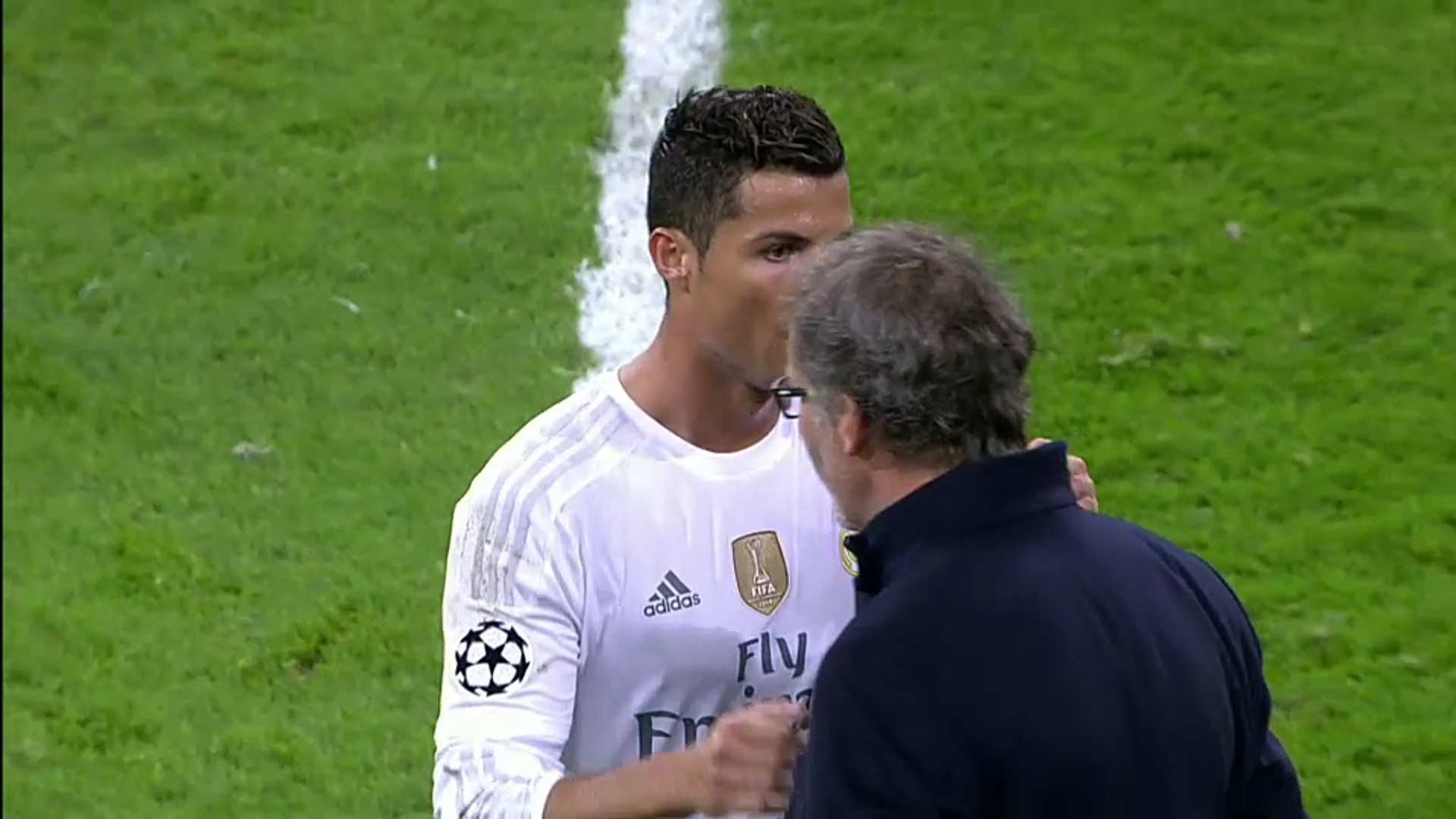 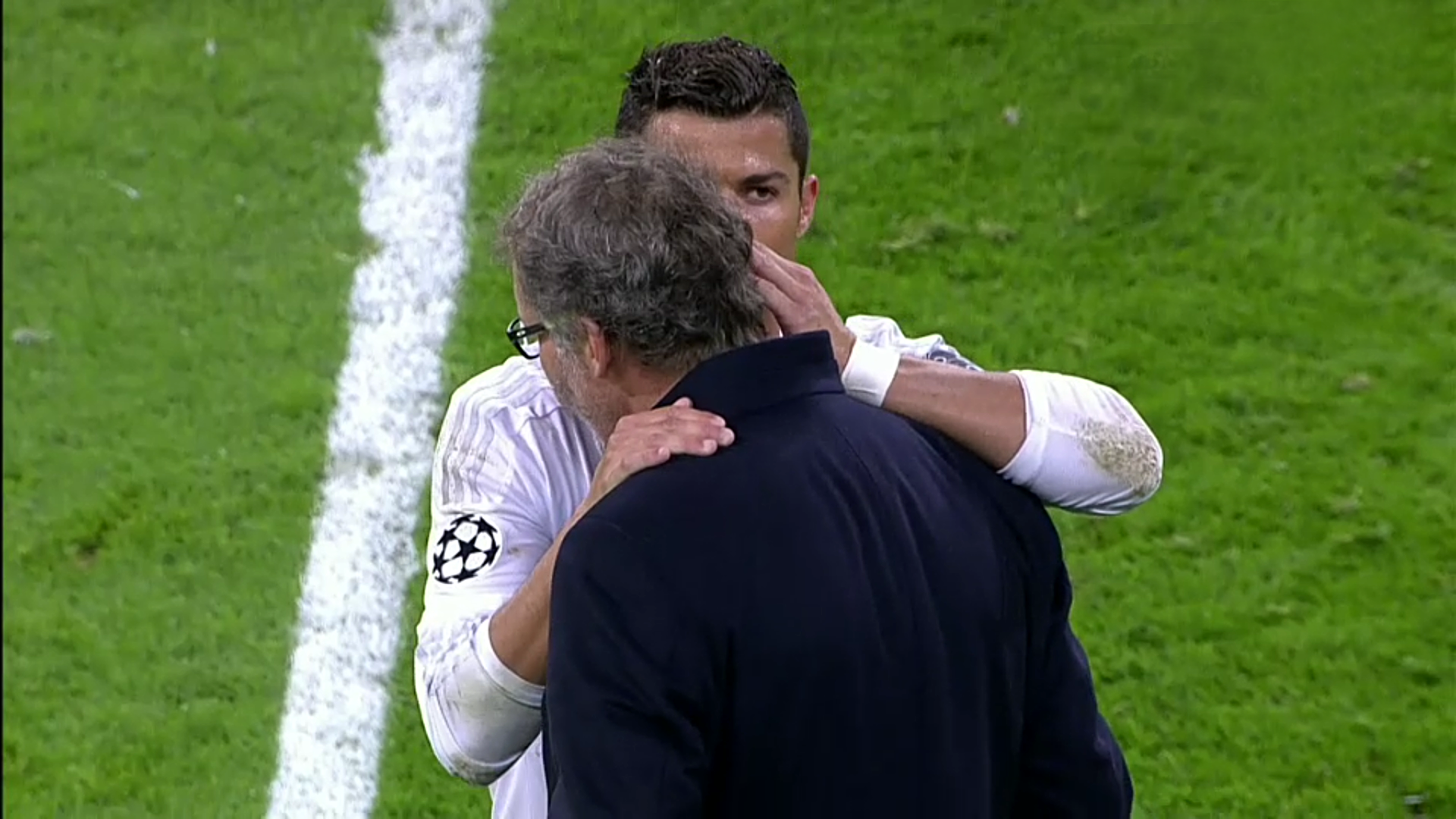 Ronaldo remains a long-term target for the French champions but earlier this week, PSG’s owner Nasser Al-Khelaifi insisted his side had not held any formal negotiations.

“Ronaldo has a contract with Real Madrid and we respect that,” he told beIN Sports.

“If there were negotiations they would be in secret. But right now we don’t have any negotiations with Ronaldo at all.”

The Poland international arrived from Arsenal in the summer as a replacement for Morgan De Sanctis, but has endured inconsistent displays in both Serie A and the Champions League.

His costly mistake in the Champions League against BATE Borisov in September saw the Giallorossi lose 3-2, leading Tacconi to claim he is a liability.

“He’s a good goalkeeper, there’s no doubt about that,” Tacconi told Gazzetta TV.

“But he’s an uncontrollable lunatic – he’s completely mad. And for this reason he’s a risk.”

Szczesny has started 12 games in all competitions this campaign, but only managed one clean sheet to date.

The 25-year-old custodian moved to Stadio Olimpico following the arrival of Petr Cech to Arsenal.

The former Arsenal and Real Madrid striker is still without a club after being released by Tottenham in September, having failed to make an appearance for Mauricio Pochettino’s side in 2015-16.

Watford have impressed since gaining promotion to the Premier League, losing only three of their first 11 league games to sit 11th in the table, with Nigerian striker Odion Ighalo scoring seven times.

And even though captain Troy Deeney expressed reservations when asked this week about the prospect of Adebayor playing at Vicarage Road, Flores has hinted he is keen on the prospect of adding the 31-year-old to his striking options.

“I love players with character, with talent, with hunger and soul. So if he [Adebayor] is in this case, he would be perfect.

“But I don’t want names at this moment. The most important thing is that good players want to come to Watford. This is good news. So we would welcome all good players.

“I don’t like to talk about players who don’t belong to the Watford team. At the moment I am focused on the players who are at the training ground.”