Eriksson’s role at the club is currently unclear, but it has been revealed by board member Otto Steiner, the Swede will not be taking control of the team with current coach Alexander Schmidt remaining in charge.

Steiner told the official club website: “The board has accepted that Sven-Goran Eriksson will be included in the coaching team of 1860. Alexander Schmidt will remain our coach. Executive Robert Schafer has the order to talk to both of them and to negotiate their exact duties.”

Since leaving the England job after the 2006 World Cup, Eriksson has coached in leagues around the world including spells in Mexico, England and Africa.

Most recently he found himself working with BEC Tero Sasana in the Thai Premier League.

Interim Chelsea boss Rafael Benitez has confirmed highly-rated attacking midfielder Lucas Piazon will join Malaga on loan until the end of the season.

The Blues beat off competition from a host of European rivals to sign the 18-year-old from Sao Paulo, with him completing his move to Chelsea last January.

Piazon has made three appearances for the club so far – one in their 8-0 victory over Aston Villa in the Premier League, where he missed a penalty, and the other two in the League Cup.

However, with first-team opportunities likely to be limited due to the stiff competition for places in the youngsters position – with Eden Hazard, Juan Mata and Oscar all currently ahead of him, he will join the Spanish outfit.

Malaga currently sit in fifth spot in La Liga and will face Portuguese giants Porto in the last-16 of the Champions League which starts up again next month.

Piazon has represented Brazil at Under-15 and Under-17 level and will be hoping to establish himself in Spain under Malaga boss Manuel Pellegrini.

It could have been another long-running transfer saga involving Barcelona and Arsenal, but now the Catalans have declared that striker David Villa is not for sale at any price.

The Gunners had made a formal approach, but after Barca manager Tito Vilanova said the Spaniard was not for sale, Goal.com exclusively revealed that the Londoners were relenting in their pursuit.

However, Arsene Wenger has now reportedly turned his attention to Atletico Madrid’s Adrian Lopez, so it’s clear that the Gunners will keep trying for a new striker until they finally get one in the transfer window. 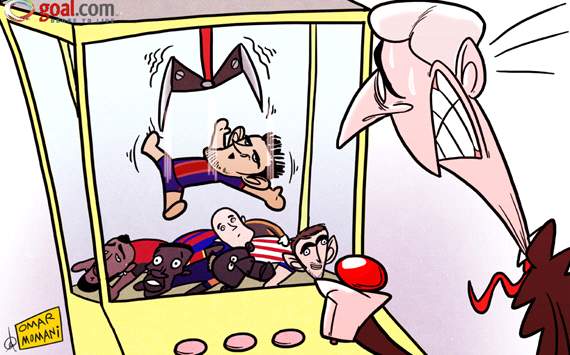 Swansea City have signed Osasuna winger Roland Lamah on an 18-month loan deal, subject to clearance from the Premier League.

Lamah was born in the Ivory Coast but moved to Belgium aged 15, and has been capped five times by their national side since making his debut in 2009.

He has already played football in his adopted country, the Netherlands and France, and is looking forward to playing in England after completing a medical.

“This is a great opportunity for me and I’m happy to be here,” Lamah told Swansea City’s official website.

“I know a few of the players here, and I already know that Swansea is a family club that will suit my style of play.

“To play in the Premier League is a dream, and also to play under Michael Laudrup is fantastic for me.

“I am looking forward to starting training and meeting the squad, and then I want to show everyone what I can do.”

Swans chairman Huw Jenkins has also expressed his delight at the club making their first signing of the January transfer window.

“We’ve been watching him for a while,’’ he said. “Michael [Laudrup] has been looking to strengthen the wide positions to create more competition and we are delighted everything has been agreed.

“He is a player with slightly different attributes to what we already have. Hopefully he will settle in quickly and perform to his best.’’

Lamah is ineligible for Swansea’s FA Cup third round replay against Arsenal as he was not registered in time for the original tie, but will be available for the Swans’ match at home to Stoke on Saturday 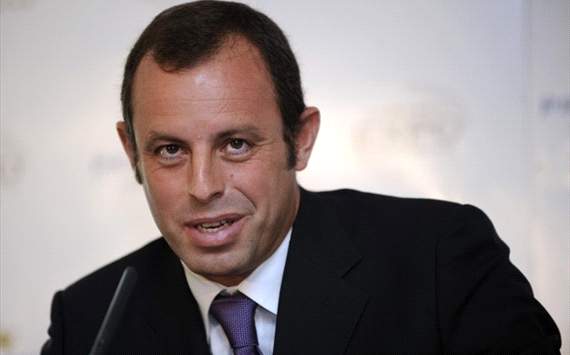 Barcelona president Sandro Rosell has revealed that Manchester City have attempted to sign a number of Blaugrana employees at all levels of the club’s structure.


The Premier League champions already have former Barca directors such as Txiki Begiristain and Ferran Soriano under contract, and they are evidently keen to add to their Barcelona contingent.

“Manchester City have indeed launched an offensive to lure a number of people away from Barcelona,” Rosell told RAC1.

“We’re talking about people at all levels of the Barca structure, not just players. Their attempts have been unsuccessful, though, as our employees are happy here.

“There have been contacts, but we have a fantastic group of people and nobody wants to go.”

Rosell then went on to urge Manchester City CEO Soriano to act professionally and not to use the information he has about Barcelona to the Citizens’ benefit.

“I had hoped that he would not use the information he gathered about Barcelona during his time here to help another club become bigger, but he seems to disagree with me.

“I would like it if the relationship between both clubs was a bit better and more transparent.”

Goal.com exclusively revealed last year that City are keen to sign Barcelona wonderkid Jean Marie Dongou, while they have also shown an interest in adding Gerard Deulofeu and Sergi Roberto to their ranks.