?Everton midfielder André Gomes completed a 60-minute practice match on Sunday in an attempt to step up his recovery from the gruesome ankle fracture dislocation he suffered back in November last year.

The 26-year-old has not been seen since a 1-1 draw with Tottenham Hotspur, during which he sustained the horrific injury following a challenge from Son Heung-min. Fortunately, it was soon realised that the injury, which was clearly still serious, was not career-threatening like many felt in the immediate aftermath.

As noted by ?Paul Joyce, the midfielder’s recovery is obviously going well as Gomes was able to play the entire behind-closed-door friendly, which featured both senior players and members of the Under-23s.

The best news was that both Gomes and the club’s medical staff were happy that there had been no issues during the match, so the Portugal international has now moved one step closer to a full return.

He has been in light training since January, and manager Carlo Ancelotti recently confessed (via ?BBC Sport) that the club were eager to welcome him back to the first team in time to face ?Arsenal on Sunday. “We have the possibility to prepare him for Arsenal,” he said.

“I already spoke with the player, he agreed and the medical staff agreed, to have a plan to put him on the pitch against Arsenal.”

It appears that the final hurdle for Gomes is to regain his match fitness, so the fact that he managed to get through what was almost certainly an intense 60-minute game suggests that a return against Arsenal may not be too outlandish.

?Everton currently sit eighth in the ?Premier League, but they are just five points away from the top four, so Gomes’ return will certainly be a welcome boost to their push for ?European qualification. “Lautaro is growing, he is a very young boy,” he said. “I think he is above all interested in wearing this glorious shirt and growing from a professional point of view.

“Let’s not forget that because of its history, Inter does not envy any other teams, so as I always say, the players will be sold only and exclusively when they themselves indicate that is what they want.” 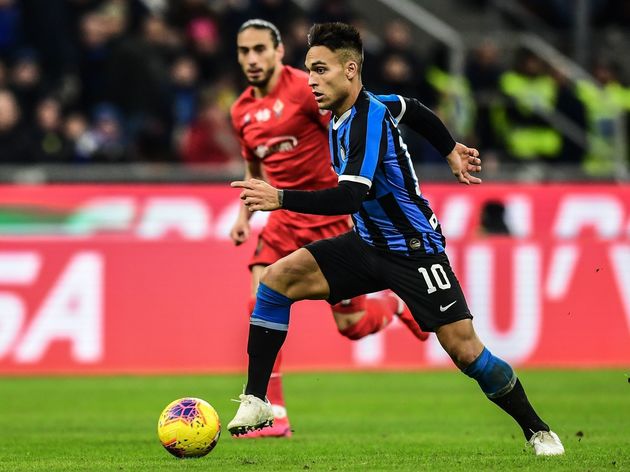 With Inter determined to hold on to their starlet, Barcelona may be forced to look elsewhere. According to ?Sport, La Blaugrana remain desperate to sign Martínez, but they are not prepared to go crazy in their attempts to get their man.

Barcelona believe that his €111m release clause, which will be active only for two weeks in July, is too high and does not reflect the direction in which they want to move – especially since they are considering other strikers who are available for far cheaper.

Sport suggest that Barcelona could try to explore sending other players to Inter in exchange. Midfielders ?Arturo Vidal and ?Ivan Rakiti? 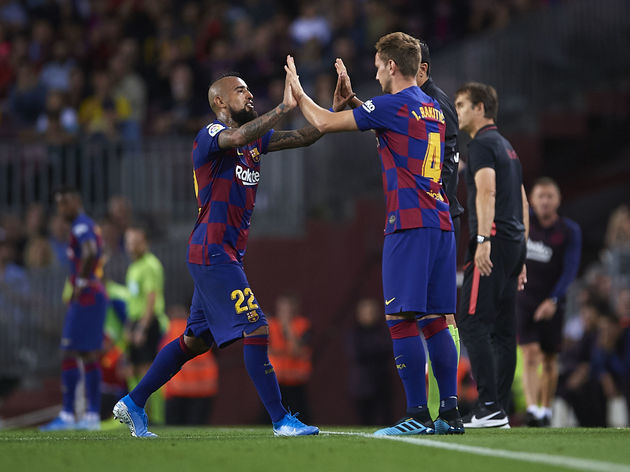 ?Arsenal’s Pierre-Emerick Aubameyang is in their sights

?Real Madrid manager Zinedine Zidane has admitted he is unsure why his side have struggled defensively in recent weeks, but insisted that left-back Marcelo is not the problem.

His side were held to a disappointing 2-2 draw by Celta Vigo on Sunday, meaning they have now conceded seven goals in their last three games. Having begun the season with such a resilient defence, their recent form has come as quite a surprise.

Speaking after the game (via ?AS), Zidane admitted that he does not know why his side are struggling on that side of the ball recently, although he was quick to point out that Celta’s second goal only came about because of a sublime assist from Denis Suárez.

“It’s football, there is no explanation,” he said. “We have conceded two goals, sometimes there are mistakes and when we see the second goal, the pass is extraordinary. There is no more explanation.

“I don’t think [the team are struggling physically]. The season is also very long and we know that more complicated matches will come. 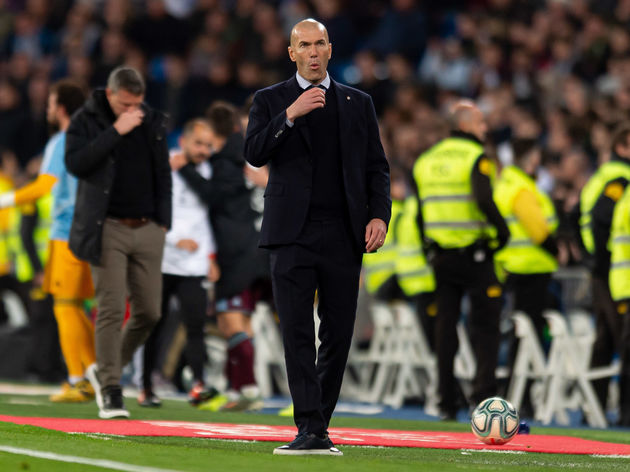 “Physically we are not bad, although we can improve even more. Our first five minutes were good, but they scored a goal and it cost us. We can improve in many aspects, not only physically. We will play against teams that are much better.”

Zidane was quick to avoid throwing ?Marcelo under the bus. The Brazilian replaced the impressive Ferland Mendy in the ?Real lineup but endured a challenging game at left-back, although his manager seemingly did not see it that way. “I don’t think he makes us weaker defensively, because he was good at the back, but you always bring out stats,” Zidane responded.

“It hurts to lose two points at home; Celta are a good team who don’t deserve to be at the bottom. 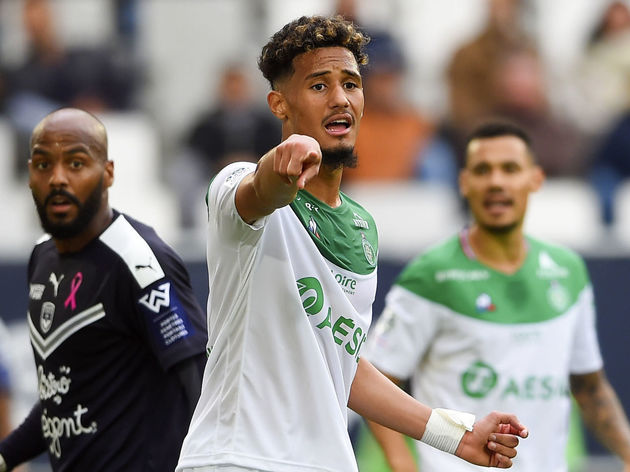 The Gunners will know that they will likely have to pay that entire £30m, given Lopez’s reputation as a tough negotiator. They already had to deal with him when they signed winger Nicolas Pépé for £72m in the summer, and they might be preparing themselves for round two.

Instead of Gabriel, Arsenal struck a loan deal for Flamengo’s Pablo Marí in January, but they are expected to look for a permanent signing in the summer to play alongside Saliba, whose loan with Saint-Étienne will expire at the end of the season.

?Chelsea manager Frank Lampard is eager to forget about his side’s 4-0 loss to Manchester United on the opening day of the season as he does not believe it was a fair scoreline.

In what was Lampard’s first competitive game, the Blues were defeated despite boasting more possession and shots on goal. They even hit the woodwork twice, but found themselves unable to deal with United’s clinical edge. Lampard will have the chance to get some revenge on Monday when his side welcome ?United to Stamford Bridge. In the build-up to the game, he told the club’s ?official website that, despite coming out on the losing end, that first match gave him real confidence in his side.

“It was only a surprise probably having watched the performance, it wasn’t a 4-0 game,” he said. “I would be the first to criticise ourselves and I was honest with the players afterwards.

“I said ‘look, that’s not a 4-0, let’s not walk away from the small details that made it 4-0, but don’t take this as a big kick in the teeth, because it shouldn’t be on performance.’ “Then a few days later they went toe-to-toe with the best team in the country this season by a mile, ?Liverpool, and possibly should have won the Super Cup.

“I didn’t find the defeat to Manchester United was a real seminal moment. It didn’t feel nice on the day, it would be great to correct it tonight, but at the same time I didn’t take it as a huge hurtful thing. I could see in those two performances against Manchester United and Liverpool what the team could achieve this season.”

Monday’s game looks set to be a crucial one in the race for the top four. Chelsea sit fourth on 41 points, while United are ninth on 35, so defeat for either team would come as a huge blow.

Victory would see Chelsea move nine points ahead of Ole Gunnar Solskjaer’s men, but Lampard added (via ?Sky Sports News) that United would still be well in the race for Champions League football.

“No [they would not be out of the race], not on nine points,” he said. “Not at this time with the amount of points to play for and the way the ?Premier League is, certainly not.”