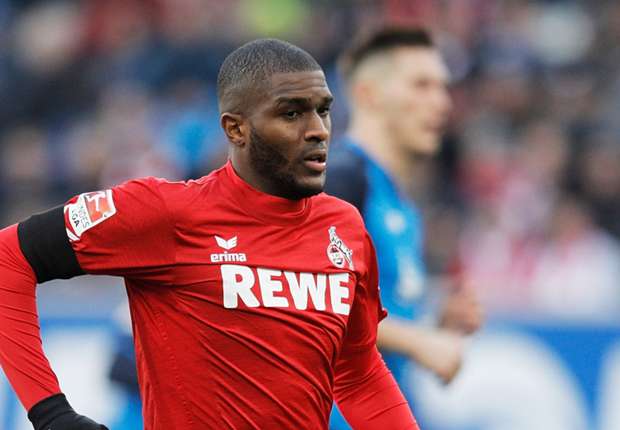 The French striker made joined Tianjin Quanjian on a two-year loan deal with an option to buy, but he had offers from Germany and England

Anthony Modeste has revealed Borussia Dortmund were among the clubs interested in signing him before he completed a move to China.

Bet on Dortmund to win Bundesliga

The striker’s move to Chinese Super League club Tianjin Quanjian appeared to be off last month, but a deal was later agreed with Koln for an initial two-year loan with the option to buy for a reported total of €35 million.

Premier League side West Ham and Ligue 1 club Marseille were among his other potential suitors before Modeste’s move to Tianjin was completed last week.

“All these clubs were interested, but as I told you, my club quickly talked with Tianjin,” Modeste said to France Football.

“For my part, I had already refused twice. The third was the right one.”

Modeste, who is yet to make his CSL debut, remains hopeful of a first senior call-up to the France squad ahead of the 2018 World Cup in Russia.

“It’s a complicated issue,” the 29-year-old added. “The most important thing is to be effective.

“[Tigres striker Andre-Pierre] Gignac was well-known as he developed in Mexico. Maybe I’ll be called.

“The French team, it will come at the right time. Since I was born, I have looked at the squad lists, so I will continue to look.”

The Blues have tied down the services of the former Juventus attacker, who has departed the Bernabeu for the second time in his career

Alvaro Morata’s move to Chelsea from Real Madrid has been completed, the Premier League champions have confirmed.

Odds on Morata to win the Golden Boot

The 24-year-old striker has moved to Stamford Bridge for a reported fee of £70 million and has agreed a five-year contract, having played 43 times for the European champions last season, netting on 20 occasions.

However, he found himself surplus to requirements at the Bernabeu and has elected to join up with Antonio Conte’s side. 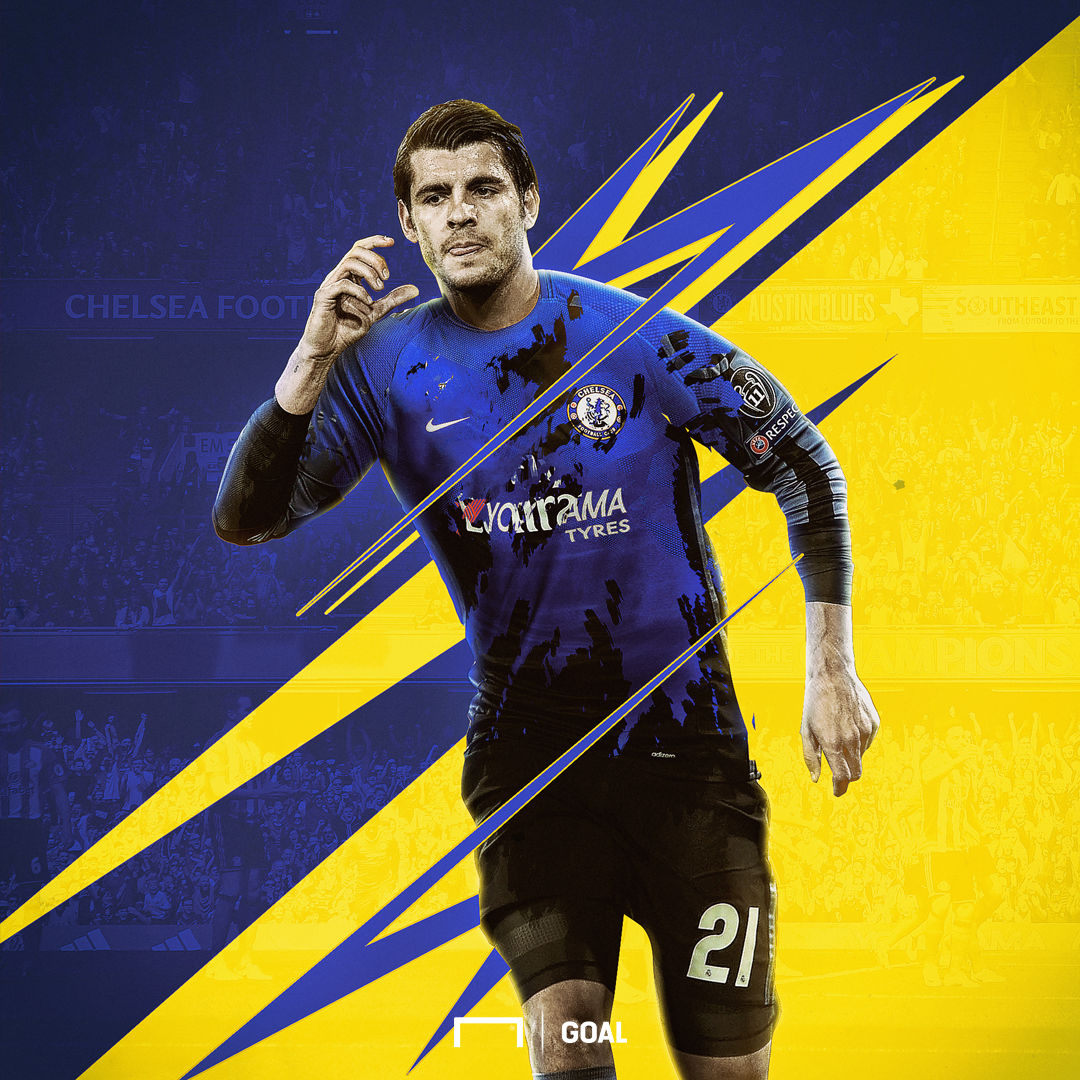 “I am so happy to be here,” he told Chelsea’s official website. “It’s an incredible emotion to be part of this big club. I am looking to work hard, score as many goals as I can and to win as many trophies as possible.”

The striker will meet with his team-mates on their pre-season tour of Asia, as they prepare to face Arsenal in Beijing on Saturday.

Conte insisted on Friday that Morata was his first choice target for the No.9 role, despite Chelsea’s attempts to sign Romelu Lukaku before his move to Manchester United.

Morata, who came through the Madrid youth ranks, narrowly missed playing under the Italian with Juventus, arriving at the Serie A giants for a two-season stint shortly after Conte departed for the Italy national team job, but revealed the manager’s influence played a great role in him electing to move to Stamford Bridge.

“I’m going to the team managed by the coach who has placed the most faith in me,” he said.

Willy Caballero, Antonio Rudiger and Tiemoue Bakayoko have already joined up with the Blues this summer, making Morata their fourth signing.

The 26-year-old has been courted by Liverpool and is hoping to force a way out of St Mary’s, but his coach has told him to review his stance

Virgil van Dijk has been sent to train alone by manager Mauricio Pellegrino after telling Southampton he wants to leave.

Get odds on Liverpool to win PL opener

Liverpool were leading the race to sign the defender, who also attracted attention from Manchester City and Chelsea, but the Reds publicly backed out of the deal after reports that Southampton were threatening action.

The Netherlands international is said to have set his sights on a move to Anfield, though, and is looking to force a way out, prompting his new boss to leave him out of their pre-season preparations. 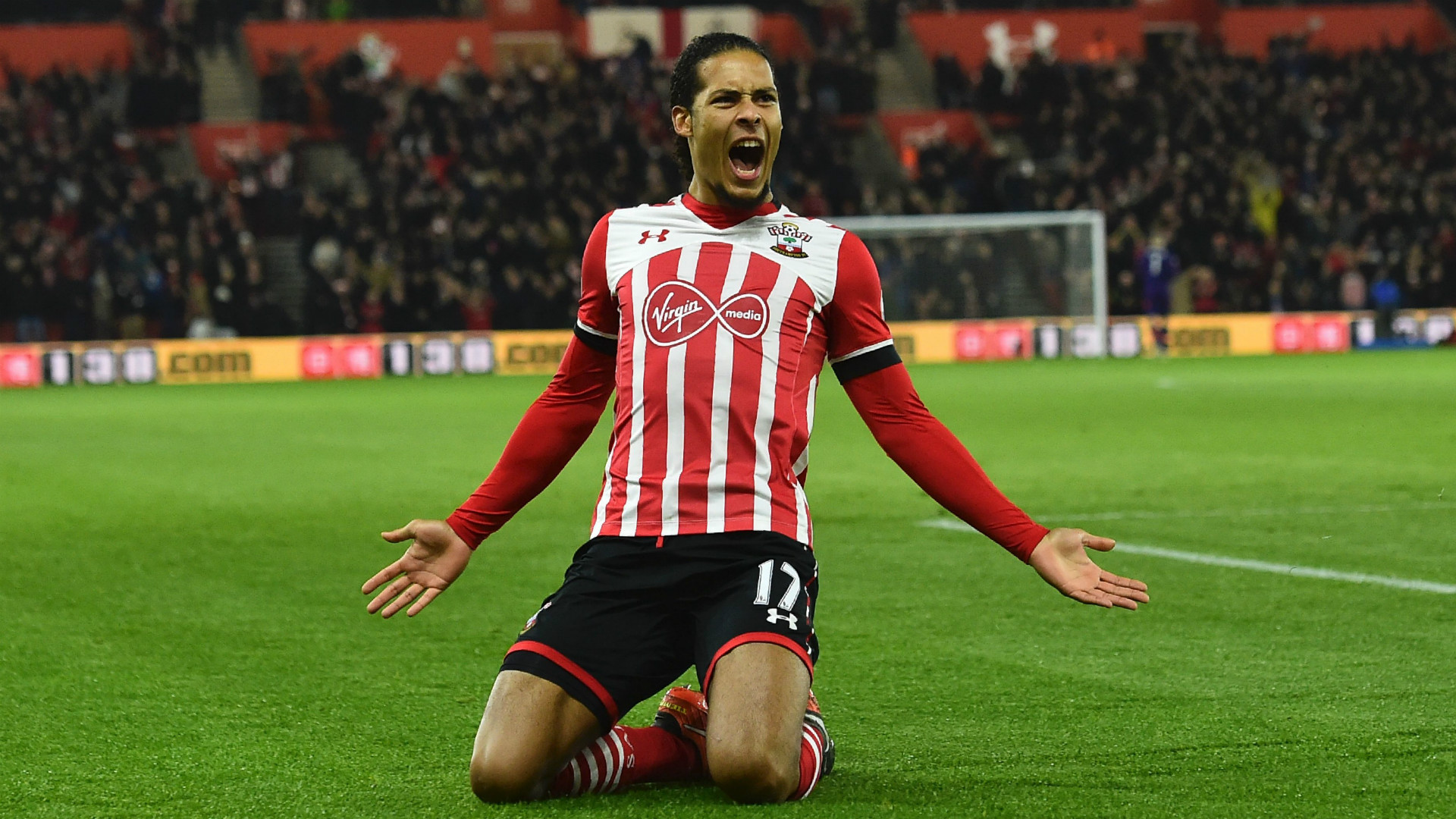 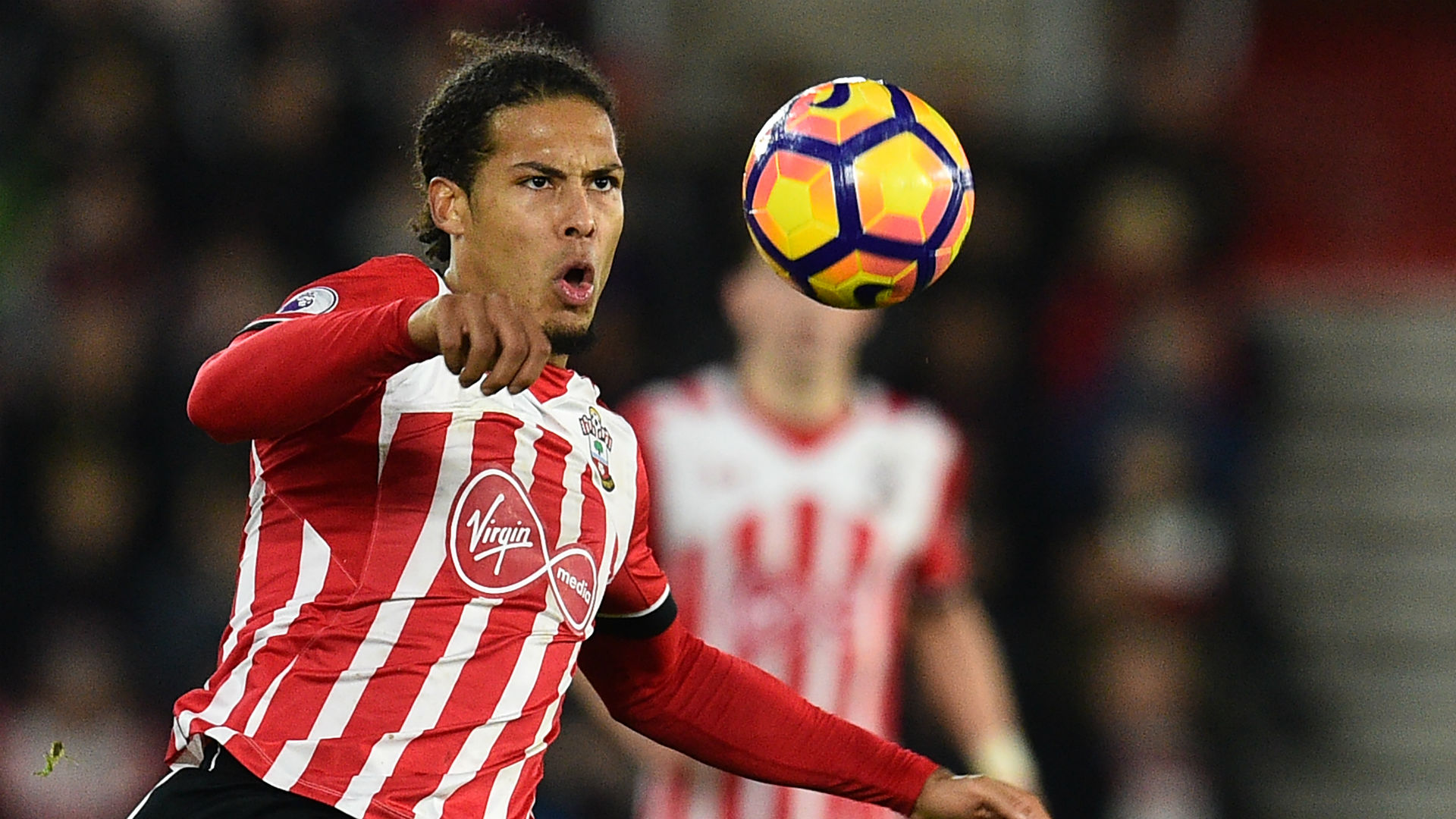 “The boy said that he is not available to play because he wants to leave. This is the decision,” Pellegrino said of the 26-year-old.

“I had to say ‘if you don’t want to be involved because you don’t feel OK then you have to train alone until this period of time happens’.

“My relationship with Virgil is excellent. I was clear with the boy, and I was talking from the first day with him.”

Southampton executive director Les Reed said in June that Van Dijk is not for sale at any price, and Pellegrino insists it is the centre-back who must change his stance.

“The club was clear. The club told me they will not sell Virgil.

“I translated the idea of the club to the player and for me it was easy because I had to manage the dynamic of the team.

“I hope that Virgil can review his feelings because you know that today a player is big business. Not just the player but behind them is a lot of interests.

“I don’t want to say too much but we need the player, but 100 per cent. This is the question.”

Van Dijk has made 55 Premier League appearances for Southampton since joining from Celtic in 2015. He is contracted to the club until 2022.

Bet on Liverpool vs Leicester City

The Scotland international has signed a long-term deal at Anfield having completed a medical on Thursday, with his fee set to rise to as much as £10m should he meet certain criteria during his time on Merseyside.

Robertson’s arrival could allow James Milner to move back to a more familiar role in midfield after he filled in admirably at left-back for much of last season, while Alberto Moreno and Jon Flanagan remain in Jurgen Klopp’s squad. 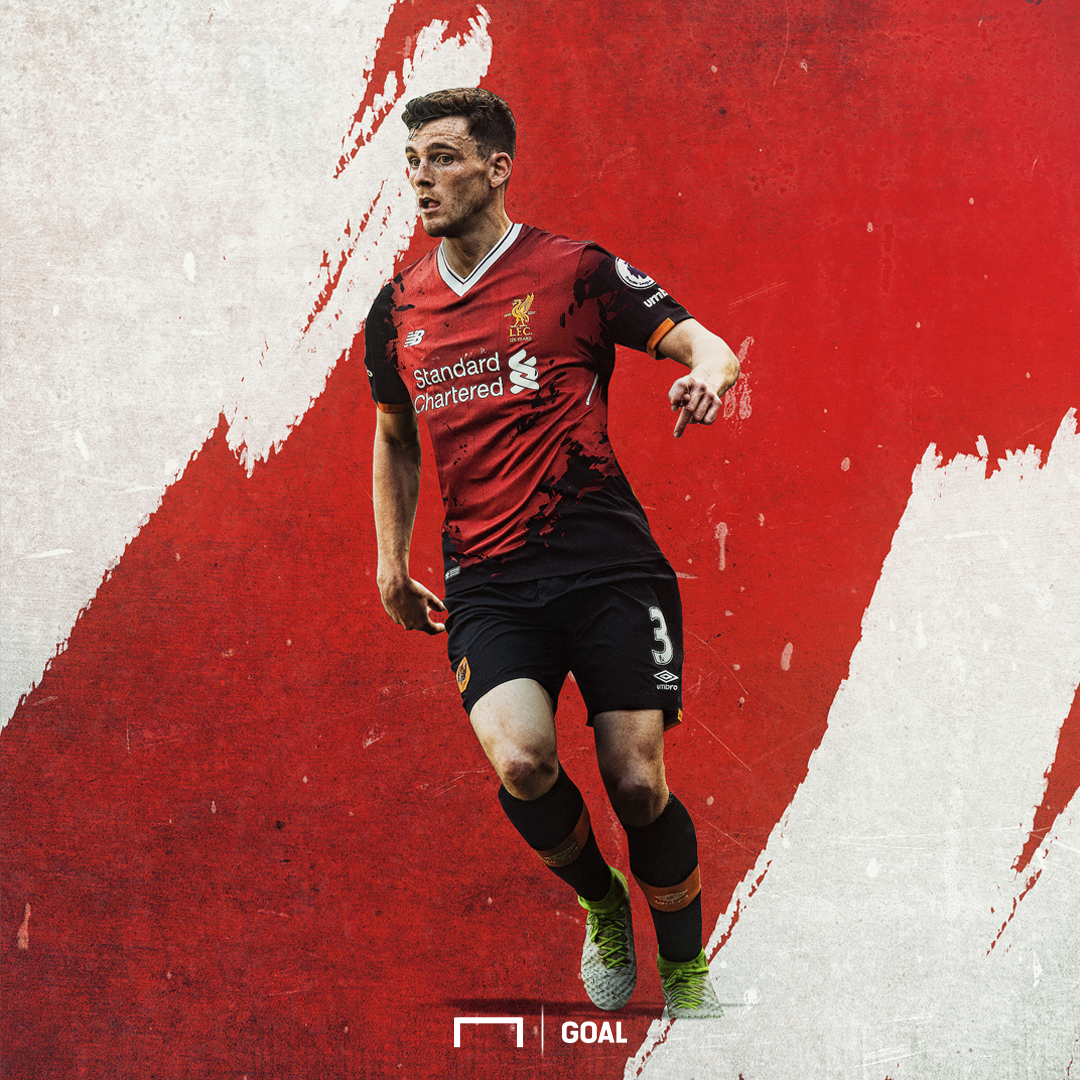 The 23-year-old has played 57 Premier League matches for Hull, scoring one goal and laying on four assists, and was one of the Tigers’s most consistent performers as they were relegated in 2016-17.

“It feels a wee bit surreal just now. Obviously I’m delighted,” he told Liverpool’s website upon his signing. “There’s been a lot of speculation over the last couple of weeks but I’m glad that the deal’s finally been done and I’m a Liverpool player.

“My family are proud of what I’ve achieved so far and they’re all over the moon with the move, as well as me of course. We’re all just looking forward to being part of the Liverpool family now.

“There’s not many, if any, more special clubs than Liverpool. When you grow up as a kid you dream of playing with big clubs such as Liverpool and to make that a reality is a dream come true for me.

“I just want to prove to people that I can do it at this level, and hopefully I manage to do that this season and go on to do good things for this club.”

The Glasgow-born defender started his professional career at Queen’s Park after being released form Celtic’s youth system. After one season in Scottish football’s bottom tier, he joined Dundee United in the Premiership and moved to Hull City a year later.

He becomes Jurgen Klopp’s third signing of the summer following the arrival of Dominic Solanke and Mohamed Salah earlier in pre-season.

After confirming Robertson’s signing, Liverpool announced that midfielder Kevin Stewart has gone the other way for an undisclosed fee.

The 23-year-old signed a three-year deal with Hull after spending three years at Anfield, making 11 Premier League appearances, 20 in all competitions, over the last two seasons.

The defender also penned a new six-year contract at Chelsea, indicating his future at Stamford Bridge is not yet complete.

“Kurt is undoubtedly one of the most talented young defenders in the game, so naturally his arrival will enhance our playing squad for the forthcoming campaign,” Stoke City boss Mark Hughes told the club’s official website.

“We have prioritised adding further strength in depth to defensive positions this summer, and we have certainly done that by fending off any number of clubs who were all interested in taking Kurt on loan.” 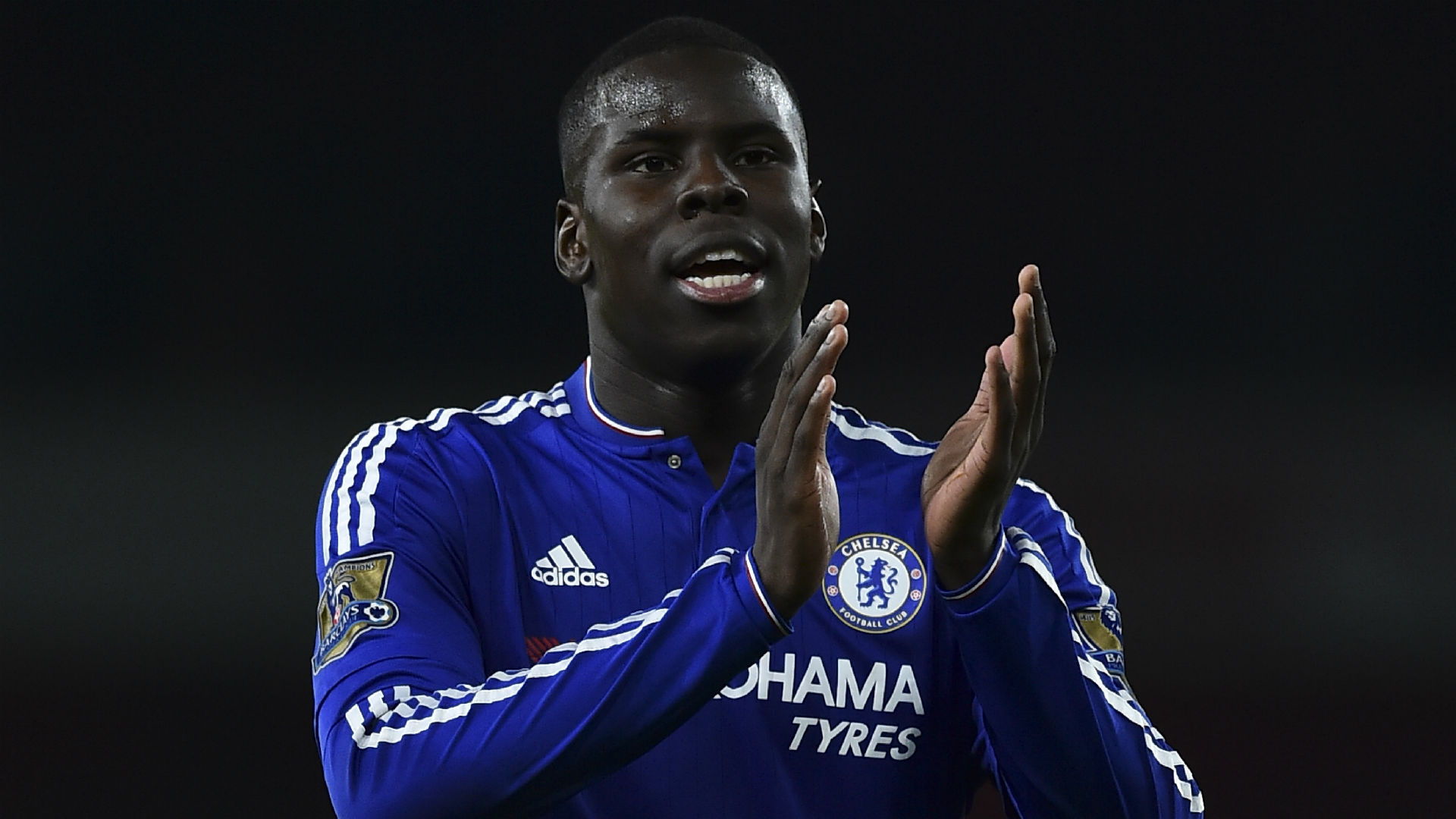 Zouma joined Chelsea from Saint-Etienne in 2014-15 and has made 71 appearances for the Blues. He appeared to be on the fast track for success at Stamford Bridge, but suffered an ACL tear in 2015-16 which put him on the sidelines for a significant spell.

Antonio Rudiger’s arrival from Roma and Andreas Christensen’s return from a loan spell at Borussia Monchengladbach have pushed him further down the pecking order, and he moves to the bet365 Stadium in a bid to earn more minutes.

However, in signing the new contract with Chelsea, the club believes Zouma can be an asset for them in the future, once he proves himself back fully fit.

Happy to announce that I have signed a new long term contract with @chelseafc & will be joining @stokecity on loan this season #SCFCpic.twitter.com/O5dvXRHQmx

“It is fantastic Kurt has chosen to commit his future to Chelsea,” Blues technical director Michael Emenalo told the club’s website. “He has shown his talent since joining us three years ago, and has returned from a serious injury with a fantastic attitude.

“Now he has the opportunity to play regularly in the Premier League and we will be monitoring his progress closely while he is at Stoke.”