The Australian side were keen to sign the Manchester United midfielder but believe that he is now set to sign a new contract at Old Trafford, thus ending their pursuit

The Australian side made an approach for the 34-year-old last month, as uncertainty surrounded the veteran star’s future at Old Trafford.

Perth are reported to have hoped that Carrick’s relationship with Glory captain Richard Garcia, who formerly played for West Ham and was best man at the Red Devils’ star’s wedding to his wife Lisa, would boost their chances of landing him.

However, they now believe that Carrick is set to sign a new deal with Jose Mourinho’s side and have subsequently announced that they have given up hope of signing him.

“It was a long shot opportunity due to Richard Garcia’s relationship with Michael,” Glory CEO Peter Filopoulos told FourFourTwo.

“Perth was an option for Michael Carrick as he was going through what he was going to do in his career had he not landed a new signature with Manchester United.

“We understand he’s now secured an extension with Manchester United so that’s off the table.

“It certainly was an option to him and his family for lifestyle reasons.”

The England international looks set to complete a move to the Emirates Stadium, but the Premier League champions have shown that they have what it takes to overcome adversity

Despite the inevitability surrounding it, the news that Jamie Vardy was discussing a move away from Leicester City still brought with it a sense of disbelief.

Though much of that initial shock came largely from those who were surprised that Arsene Wenger was willing to spend £20 million on a 29-year-old striker, thoughts quickly turned to the potential fate of the Premier League champions.

The footballing world fell head over heels in love with the Foxes as they marched towards a first English title in their history during the first half of 2016, with top scorer Vardy unsurprisingly the poster boy. All eyes were on his house the night Tottenham’s draw with Chelsea handed the silverware to Claudio Ranieri’s men, with the party that ensued one of those everlasting images that will be used in Premier League montages for decades to come.

But as news broke on social media that the England international had his heart set on a move to the Emirates Stadium, there was an overwhelming feeling that the bubble had burst.

Just as the city-wide celebrations that engulfed Leicester were finally beginning to die down and thoughts were turning towards the Champions League next season, the wind has been taken out of supporters’s sails with the revelation of Vardy’s impending departure. But this does not need to be the end of the fairytale – not just yet, anyway. 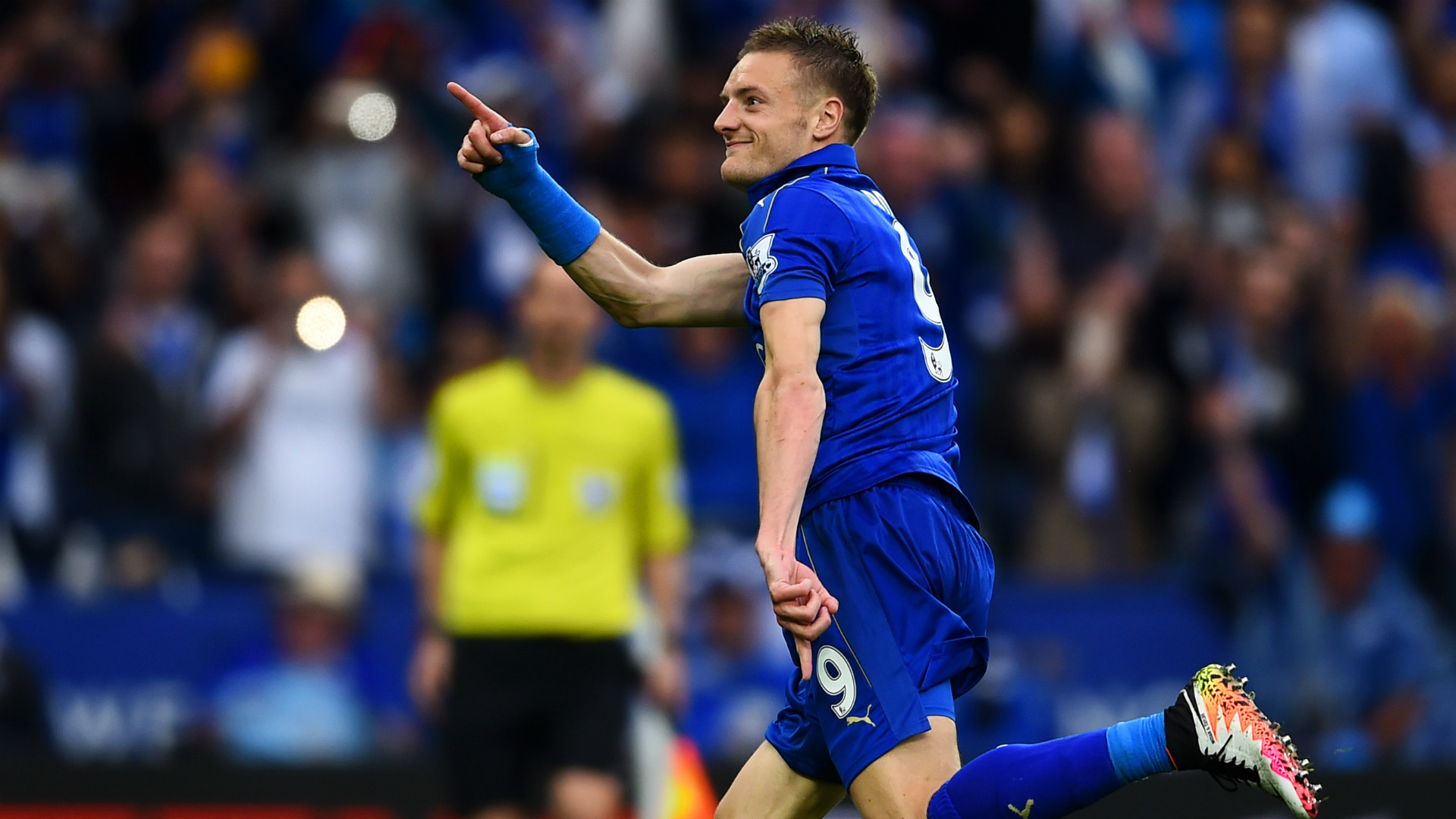 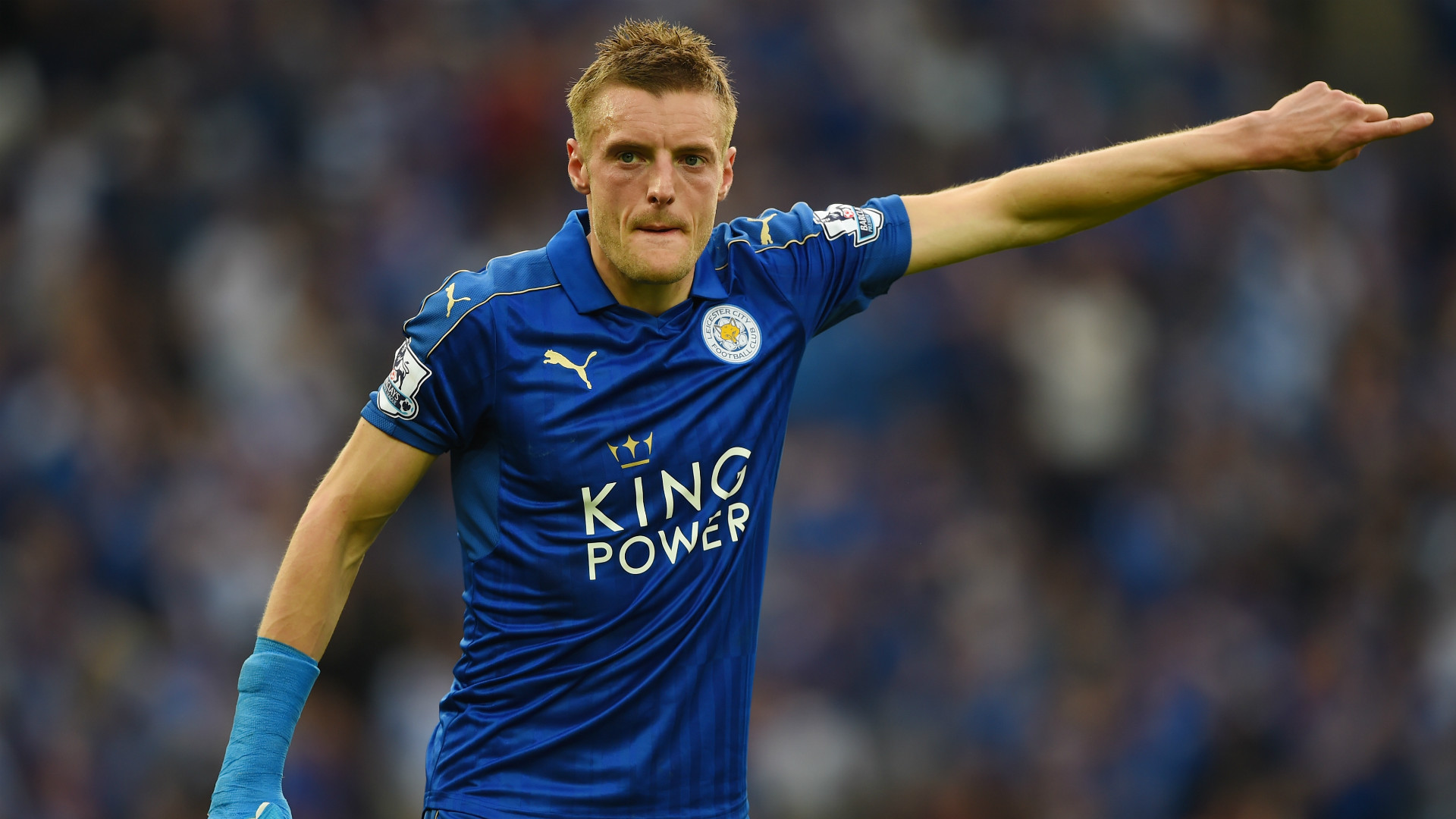 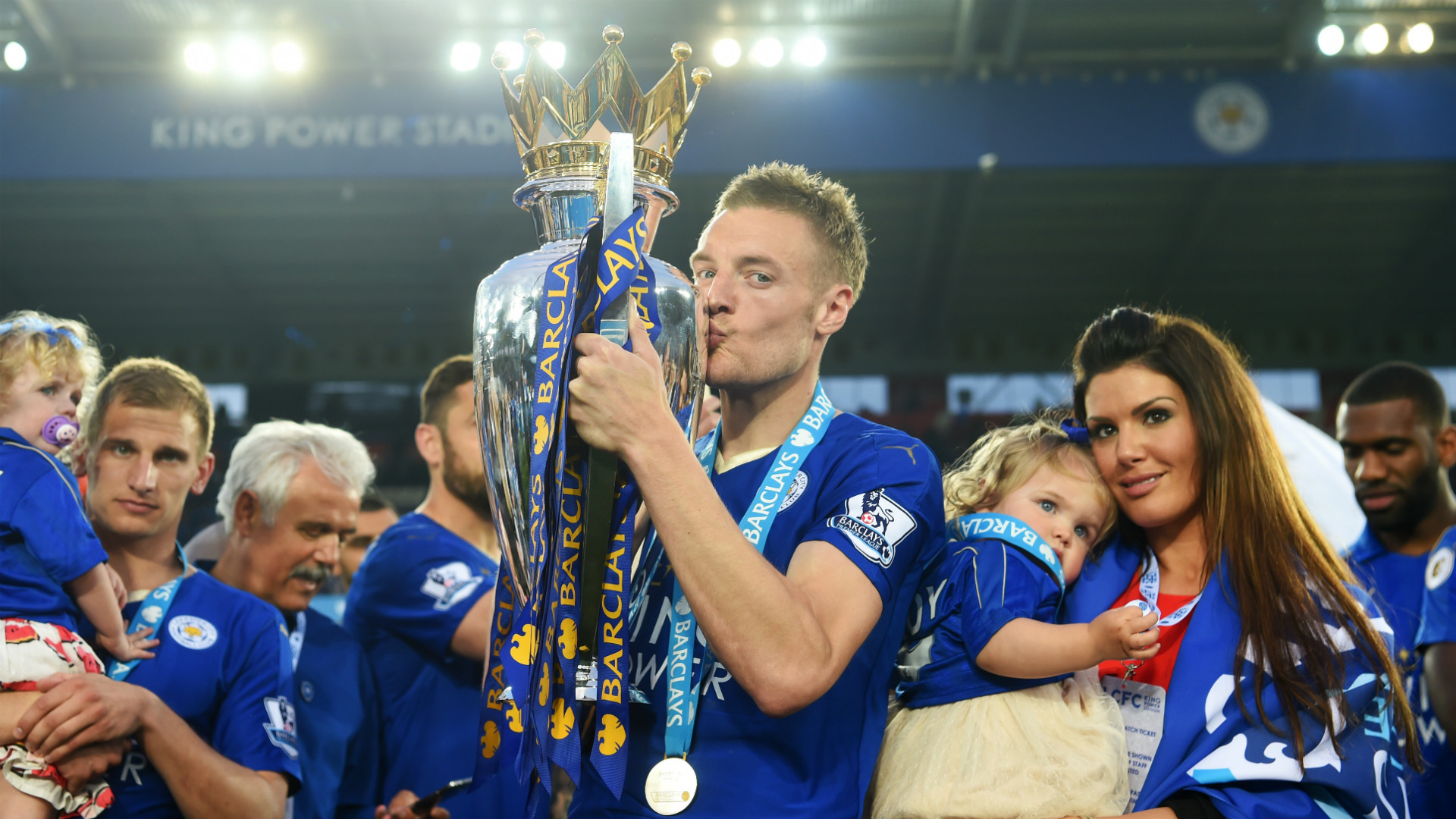 Taking 24 goals out of any side will obviously leave a large void, while Vardy’s work-rate is hugely important to how the Foxes are able to pressurise opponents high up the field and implement their counterattacking style.

But Ranieri has already shown he is able to adapt a squad and change his tactics to suit certain situations. ‘The Tinkerman’ did not need to alter much during his first season back in the English top-flight, but replacing the former Fleetwood Town striker will put all his managerial nous to the test.

Ahmed Musa looks the likeliest replacement, with the Nigeria international claiming earlier in the year that his current club, CSKA Moscow, had rejected a January bid from the Foxes reported to be in the region of £23 million. CSKA boss, Leonid Slutskiy, has since confirmed that a further offer has been made for the forward since the end of the season.

Blessed with pace to match that of Vardy and having scored 18 goals in all competitions last term, Musa is a player with the raw potential to eventually replicate the scoring feats of his predecessor. 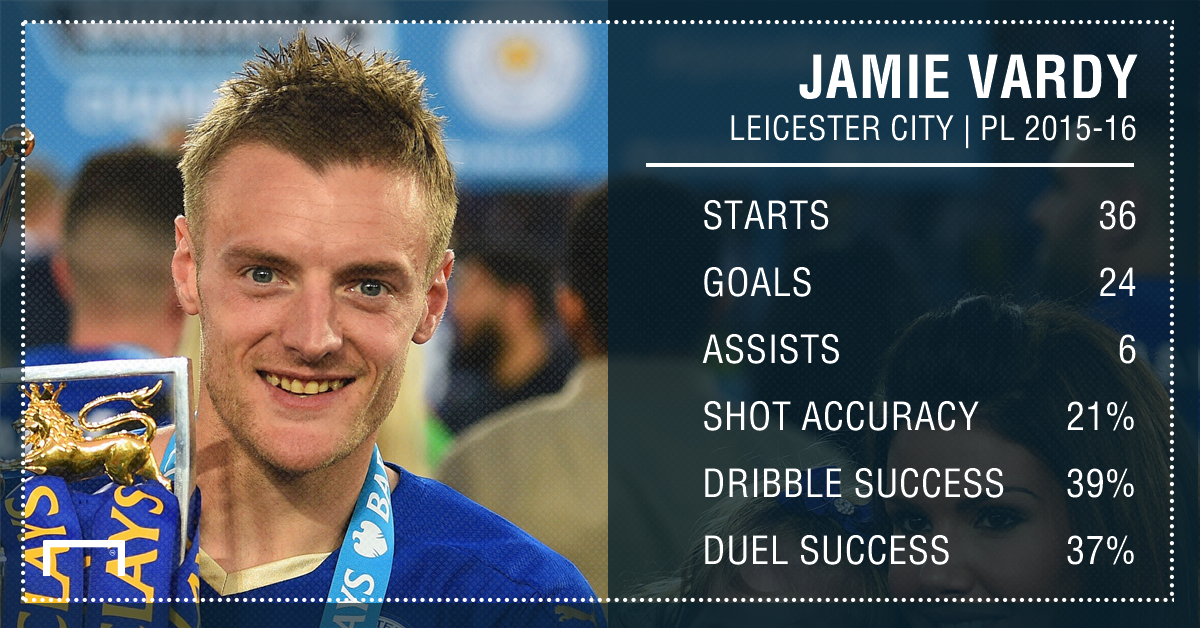 | Vardy a risk worth taking for Arsenal

But while a deal for Musa or another striker is agreed upon, Leicester must weigh up the options within their squad that could prove their worth in pre-season. They showed in the final weeks of 2015-16 that they can cope without Vardy as they comprehensively beat Swansea City and took a point away from Old Trafford while their talisman watched on from the stands.

Leonardo Ulloa represents the polar opposite of Vardy in terms of what he can offer as a striker, but Leicester have shown they can adapt their way of playing to suit the Argentine.

Whether that can be replicated over a longer period remains to be seen, but there is a resilience within a squad that does not know when it is beaten. Their remarkable run to survive relegation in 2014-15 is testament to that. Their run of 1-0 wins that immediately followed that heart-breaking defeat by Arsenal only served as a further illustration of their determination to beat the odds. Vardy leaving will likely only serve as another reason to spur them on to defy public opinion once again.

If the likes of Riyad Mahrez and N’Golo Kante were to follow Vardy out of the door, their chances of again challenging for honours would diminish. Even the much-heralded Steve Walsh might struggle to unearth gems of a similar standard for a second time in just three years.

But if Leicester have taught the footballing public anything it is that they cannot be written off. Doing so off the back of Vardy joining Arsenal has the potential to prove foolhardy once again.

The Brazil international is believed to be on the verge of moving to Juventus, and admitted he needed a new challenge after eight years starring at Camp Nou

Dani Alves is leaving Barcelona because it was “too easy” to play for the Spanish giants.

The Brazil defender, who has been heavily linked with Juventus, is keen to test himself on a different stage after winning 23 trophies in eight years at the Catalan club.

“What is certain is that I will not stay at Barcelona,” Alves is quoted by Gazzetta dello Sport as saying.

“In life, we should explore options outside our comfort zone. Barcelona is an amazing club, but things were becoming too easy.”

| Pele: Neymar not as good as Messi

While Alves did not say if he will be joining Juve, the full-back confirmed he will be plying his trade in Europe next season.

“I always have the desire for a new challenge,” Alves said following Brazil’s 0-0 Copa America Centenario draw with Ecuador on Saturday.

“I hope that I can bring success like I did at Barcelona to another European club.”

The 33-year-old has previously insisted he will return to Camp Nou one day and said he has experienced the “best moments” of his career during his spell at Barca.

Alves signed for Barcelona from Sevilla for a reported £23 million in 2008 and has gone on to make more than 300 appearances for the club.

The Poland international will not swap the Allianz Arena for Real Madrid in the summer transfer window, according to the Roten technical director

Bayern Munich technical director Michael Reschke insists Robert Lewandowski will not be sold and rates the Poland international as the best striker in the world.

Lewandowski has been strongly linked with a move to Champions League winners Real Madrid, with some reports suggesting a deal has already been agreed.

But Reschke says Bayern have no intention of letting Lewandowski leave.

“He will play in the upcoming season for Bayern, there is no doubt about that,” he is quoted as telling Radio Crc.

“He has another three years on his contract and we know that we have the best striker in the world in our squad. That’s why there is no possibility he will be sold.”

| Robben and Ribery in line for new deals

Should Lewandowski depart, it is thought Napoli’s Gonzalo Higuain would be top of Bayern’s shopping list.

Reschke said: “Gonzalo Higuain is among the three or four best strikers in the world, but at the moment we have the best in Lewandowski.

“It is therefore pointless to sign another forward, for us and the players.”

Lewandowski scored 42 goals in 51 appearances in all competitions last season.