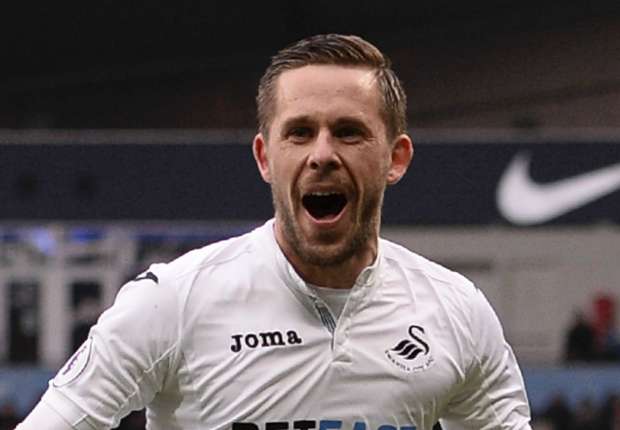 The Swansea midfielder remains a target for for the Toffees, though the manager says it’s not up to him

Ronald Koeman said it was up to Everton’s board to deliver the signing of Gylfi Sigurdsson after watching his side struggle to beat Ruzomberok in the Europa League.

Leighton Baines scored the only goal of the game as Everton toiled against the Slovakian side at Goodison Park on Thursday in the first leg of their third-round qualifying tie.

Everton 80/1 to win the league

Sigurdsson is reported to be valued at £50 million by Swansea City and the Iceland international did not go on the club’s pre-season tour of the United States as he did “not feel in the right frame of mind to travel due to the current uncertainty over his future”.

Koeman suggested Everton could make a fresh bid for Sigurdsson, who recorded 13 assists to help Swansea survive last season, but the Dutchman pointedly noted he is not in control of the club’s transfer negotiations, with Jordan Pickford, Michael Keane and Davy Klaassen among the arrivals so far.

| “1-0 is not a big result, but it’s a good result.” @RonaldKoeman assesses the @EuropaLeague first-leg advantage we take to Slovakia… pic.twitter.com/NkVb1bbunR

Captain Baines settled the match with a deflected strike from just outside the penalty area and the left-back accepted Everton found it hard to break down a stubborn Ruzomberok in Wayne Rooney’s second competitive debut for the club.

“We needed the goal. We wanted to score it earlier but we’re thankful we’ve got it,” Baines said to ITV.

“It will be a tough game over there. But if we keep a clean sheet we’ll win the game.

“We’re taking it seriously but it’s a part of our pre-season too. That was the first 90 minutes for many of us.” 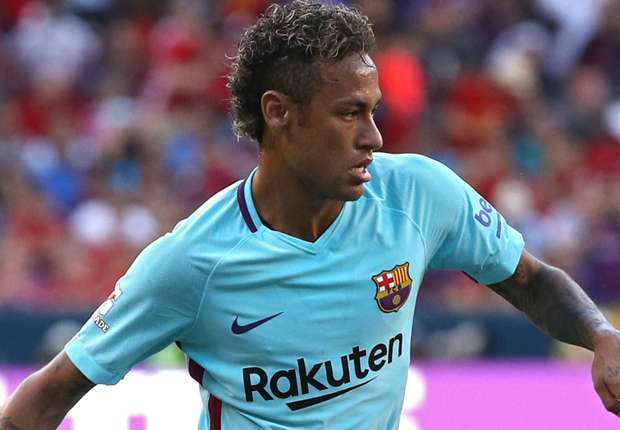 The Barcelona president wants PSG target Neymar to stay at the club, but said players decide their own futures.

Barcelona wants Neymar to stay but the Brazilian star will decide his own future, according to club president Josep Maria Bartomeu.

The 25-year-old is heavily linked with a shock move to Paris Saint-Germain, who are reportedly ready to activate the forward’s €222 million release clause.

While Bartomeu said Neymar was wanted, and contracted until 2021 at Barca, he accepted the Brazil international would decide if he wanted to leave the European giants.

“Well, you know Neymar is one of our best players, and so we don’t want to lose that player,” he told The New York Times.

“We want him to continue, continue with us. He still has four years of his contract, so nothing else to say.

“You know that players decide if they want to leave, they can decide.

“But as far as Barcelona, we want him, and we need him. Because if we want to win, we need the best players possible.”

He arrived at Barca from Santos in 2013 and has won two La Liga titles and a Champions League among numerous other trophies.

The Chilean midfielder has been linked with €50 million move to the Nerazzurri, but Karl-Heinz Rummenigge insists he is going nowhere

Bayern Munich CEO Karl-Heinz Rummenigge has ruled out the possibility of Arturo Vidal leaving the club amid reports Inter are preparing an offer.

Bet on next season’s Serie A winners

The Nerazzurri have been linked with a €50 million move for the former Juventus midfielder as they look to improve their squad and mount a challenge for the Serie A title.

But after Carlo Ancelotti told the San Siro outfit to give up on trying to land the Chilean, Rummenigge has since echoed the Bayern boss’ thoughts by insisting they would turn down all bids for the star man.

“I can 100 per cent rule out Arturo’s departure, for us he is a fundamental player,” he told reporters. “I have not heard from anyone at Inter so far, I just read what has been written. 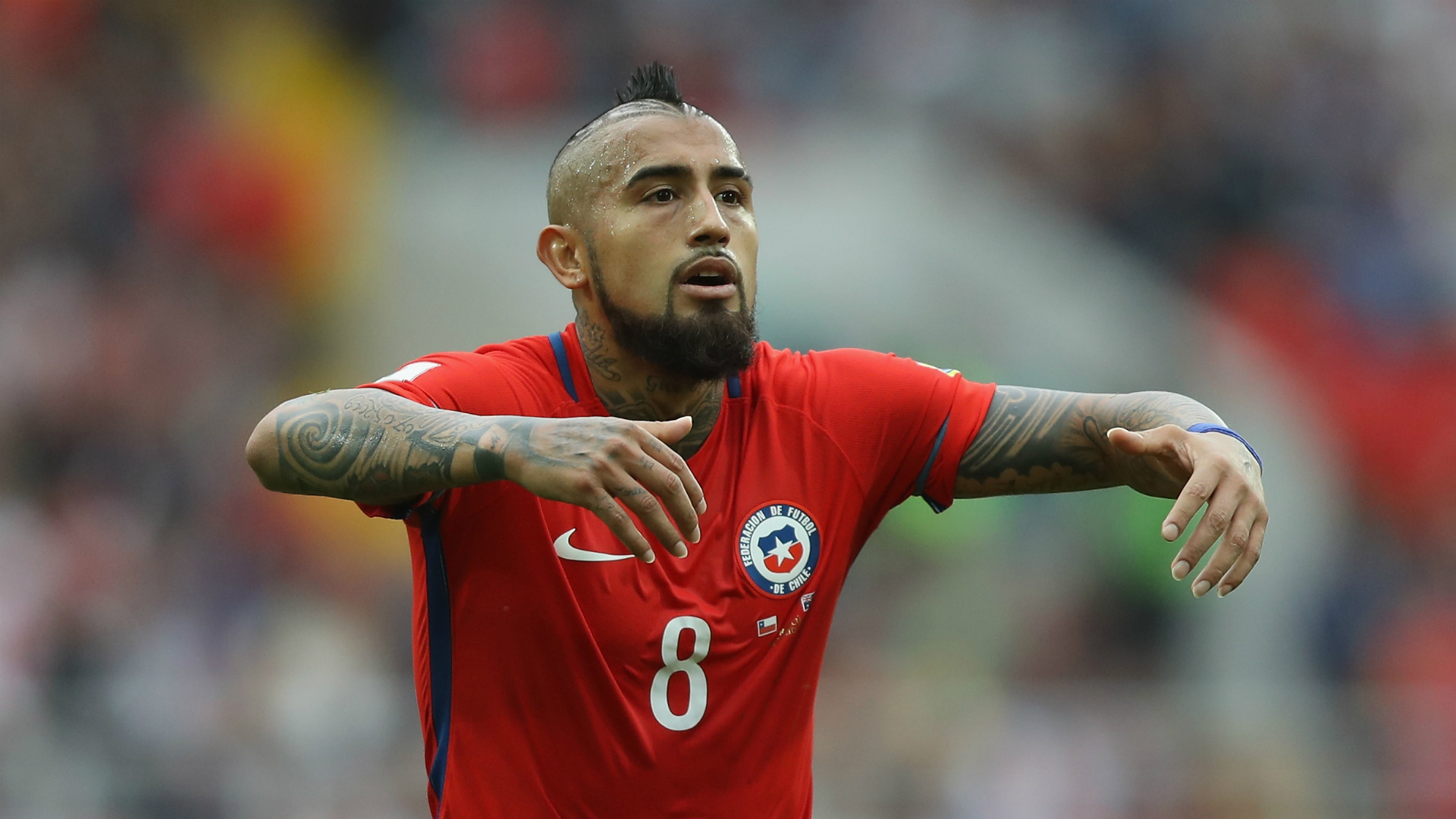 “The decision to continue with Vidal was taken long ago. Ancelotti talked with him: the door is 100 per cent closed.

“This is regardless of the offer: when Bayern decide not to sell a player, the fee does not matter.”

Bayern have seen another midfielder linked with a move to the Italian city, as AC Milan have shown an interest in Renato Sanches, though CEO Marco Fassone said negotiations have broken down because of the asking price.

Although the Bundesliga giants are open to letting him go out on loan, he could play a part for Ancelotti’s team in 2017-18.

“We are considering his situation,” Rummenigge said. “He wants to play consistently but at Bayern Munich that is not easy.

“We will discuss it with Carlo, there is still time, no hurry.

“At least 10 teams would take him. He is a very in-demand player. A year ago he was at the top level, let’s not forget that.

“If we were to let him go, it it would only be on loan. We are talking about a very useful player. We do not want to let go of him.

“Against Chelsea he did very well, he surprised Antonio Conte who asked Carlo about him after the game. That shows his value.”

Bayern have already allowed Douglas Costa to move to Serie A, with the winger having joined Juventus on an initial loan deal, and Rummenigge believes they may regret losing him.

“He did very well during his first six months, playing great, then every now and then he would go quiet, but if Allegri manages to discipline him, he has everything needed to make a difference and become a world class player.”

The LA Galaxy have announced the transfer of the Mexican national team star, reuniting him with his brother Giovani in a blockbuster MLS deal

Jonathan dos Santos has completed his transfer to the LA Galaxy from La Liga side Villarreal, the MLS club announced Wednesday.

The Mexican striker will join his brother Giovani in Los Angeles after the Galaxy and Villarreal agreed on a $5 million deal earlier this week. Personal terms were finalized between Dos Santos and the MLS side on Tuesday, which was first reported by Goal‘s Ives Galarcep.

Details of Dos Santos’ contract are unknown, but one league source tells Goal Dos Santos will receive a yearly salary in the $2-3 million range. He will be the Galaxy’s third designated player, joining Giovani dos Santos and French midfielder Romain Alessandrini. 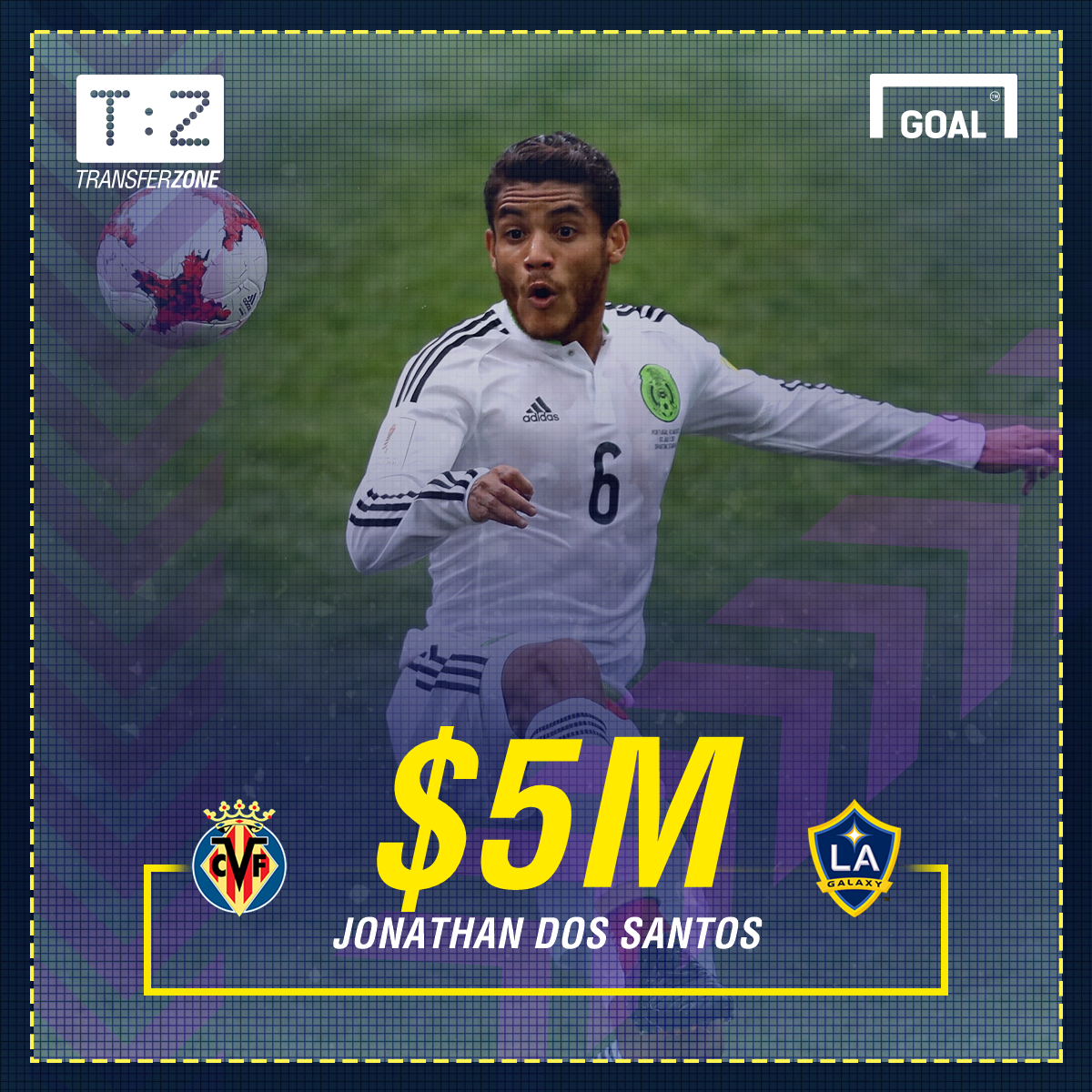 The Galaxy came into the 2017 season expected to move away from their long-standing policy of spending big money, choosing to focus on developing academy products for the first team instead. But the looming arrival of LAFC, along with an infusion of money from the NFL’s San Diego Chargers playing games at the Galaxy’s StubHub Center, helped the club fund a war chest to add high-profile talent.

The Galaxy had been in the market for a big-money striker — with Zlatan Ibrahimovic, Andre-Pierre Gignac and Dario Benedetto all linked to the club — but Dos Santos’ acquisition will likely put the search on the backburner until 2018, when MLS is expected to provide another significant infusion of targeted allocation money along with an increase in the cap on TAM salaries, a cap that currently stands at $1 million.

The move reunites Dos Santos with his brother Giovani. The El Tri midfielders have played together at Barcelona’s academy before being teammates at Villarreal. Giovani, who is a year older than Jona, moved to the Galaxy from La Liga in 2015.

Why did SKC trade Dom Dwyer?

Jona dos Santos’ transfer could signal the end in LA for one of the Galaxy’s other high-priced central midfielders in Joao Pedro and Jermaine Jones, who both joined the club this past winter. Unloading one of them could help pave the way for some forward help this season. 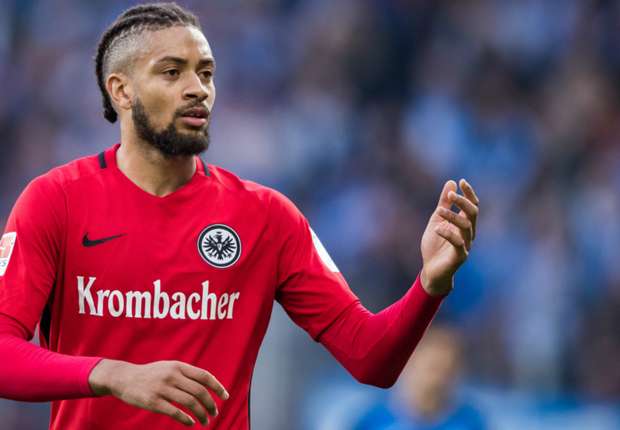 The centre-back, who spent last season in the Bundesliga at Eintracht Frankfurt, joins Chelsea right-back Ola Aina at the KCOM Stadium.

Further players could make the move from Stamford Bridge due to the strong relationship between Hull’s Russian coach Leonid Slutsky and his compatriot Roman Abramovich, Chelsea’s owner.

“When I found out that Hull were interested in taking me on loan, it was an easy decision to make,” said Jamaica international Hector.

“It’s a great challenge for me to come back to England after a season in Germany and try to help this club get back into the Premier League.

Liverpool maintain Coutinho not for sale

“The players here seem like a great bunch and hopefully I can play my part in helping them – and the club – enjoy a successful season in 2017-18.”

Chelsea have also confirmed Jamal Blackman has signed a contract extension running to 2021, while the goalkeeper will spend the coming season on loan in the second tier at newly-promoted Sheffield United.