The Bavarian side’s new coach says he cannot imagine the Portuguese attacker ever leaving Real Madrid, and feels the same way about Thomas Muller at Bayern

Ancelotti enjoyed a close relationship with the Portugal international during their time together at the Santiago Bernabeu, but the Italian believes Ronaldo would not leave the Champions League holders to reunite with him at Allianz Arena, even if an unlikely offer arrived from the Bundesliga heavyweights.

“Journalists often ask me how difficult it is to work with players like him and Zlatan Ibrahimovic, but it is really easy. You don’t have to tell these kinds of players anything. They are very disciplined and focused.

“Something can always happen in football, but it is very hard to see a player like Ronaldo at another club.

“The same goes for players like Lionel Messi, Philipp Lahm, Thomas Muller and Paolo Maldini, who played his entire career at Milan. Players like them simply cannot leave their clubs. They care too much about the clubs the play for.”

Ronaldo won Euro 2016 with Portugal on Sunday, his team beating France 1-0 after extra-time despite the captain being forced off through injury in the first half at Stade de France.

And Ancelotti, who has replaced Pep Guardiola as Bayern coach during the off-season, finds it hard to choose between the pair.

“I don’t know if Ronaldo is the best player in the world,” he said.

“Messi is still there as well. The two of them have been battling it out for the Ballon d’Or over the past six or seven years. I think their rivalry helps the two of them get the best out of themselves.”

The Brazilian, who was named both Player and Players’ Player of the Year at the end of last season, commits himself to the club until 2020 in Antonio Conte’s first act as manager

Chelsea midfielder Willian has signed a new four-year contract, extending his stay at Stamford Bridge until 2020.

The news marks Antonio Conte’s first major act as Blues manager, having began his role on Monday following the conclusion of his Euro 2016 commitments with Italy.

Willian was Chelsea’s standout performer during an otherwise underwhelming season for the dethroned Premier League champions, being named both Player and Players’ Player of the Year for 2015-16.

“I’m very happy to sign a new contract with Chelsea,” he told the club’s official website. “It’s a dream to continue with this club and over the next four years I will try to help the team win more trophies.

“It’s been an amazing time for me since I joined the club three years ago, I’ve won titles and last season I was named Chelsea Player of the Year.

“I hope to be able to stay at that level during the coming seasons and achieve more success.”

Chelsea midfielder Willian has signed a new four-year contract, extending his stay at Stamford Bridge until 2020.

“I’m very happy to sign a new contract with Chelsea,” he told the club’s official website. “It’s a dream to continue with this club and over the next four years I will try to help the team win more trophies.

“It’s been an amazing time for me since I joined the club three years ago, I’ve won titles and last season I was named Chelsea Player of the Year.

“I hope to be able to stay at that level during the coming seasons and achieve more success.”

Olivier Giroud is open to leaving Arsenal in a swap deal involving Gonzalo Higuain, the striker’s agent has confirmed.

Reports in Italy on Tuesday claimed Arsene Wenger hopes to agree a deal worth €50 million plus Giroud with Napoli for the Argentina international having previously missed out on Jamie Vardy.

Higuain has been linked with a move to the Premier League since his spell at Real Madrid and Giroud’s agent Michael Manuello insists his client would not stand in the Argentine’s way.

“If he was asked to leave, then we would evaluate his options,” Manuello told Radio CRC.

“There is no fear from Olivier about possibly going to Napoli: it is a magnificent city. In Campania, my client could lead a wonderful life.

“Not to mention that the type of game played by [coach Maurizio] Sarri could enhance the quality of a centre forward like him.”

He added: “Olivier is an Arsenal player. So far there has not been any communication [with Arsenal] or contact with Napoli. If Arsenal tell us to leave, then things change.”

The Poland international has attracted interest from clubs in Europe after a fine season with the Amsterdam giants, but the club have confirmed he will not leave this summer

Ajax have confirmed that highly-rated striker Arkadiusz Milik will remain at the club for at least one more season, despite reported interest from Juventus, Roma and Everton.

The Poland international has been seen as a promising striker for the last few years and impressed in the Eredivisie last season with 21 goals and seven assists in 31 Eredivisie appearances as Ajax finished second in the Dutch top flight.

The 22-year-old scored six goals for Poland in their Euro 2016 qualifying campaign, following that up with one goal and an assist in five appearances at the finals in France this summer.

As a result of his displays, Milik has been said to have attracted interest from Juve, Napoli, Roma and Lazio, while it has been reported in recent days that Ronald Koeman hoped to take him to Everton.

However, Ajax have confirmed that an agreement has been struck between the club and player that ensures he will remain at the Amsterdam ArenA for one more season. 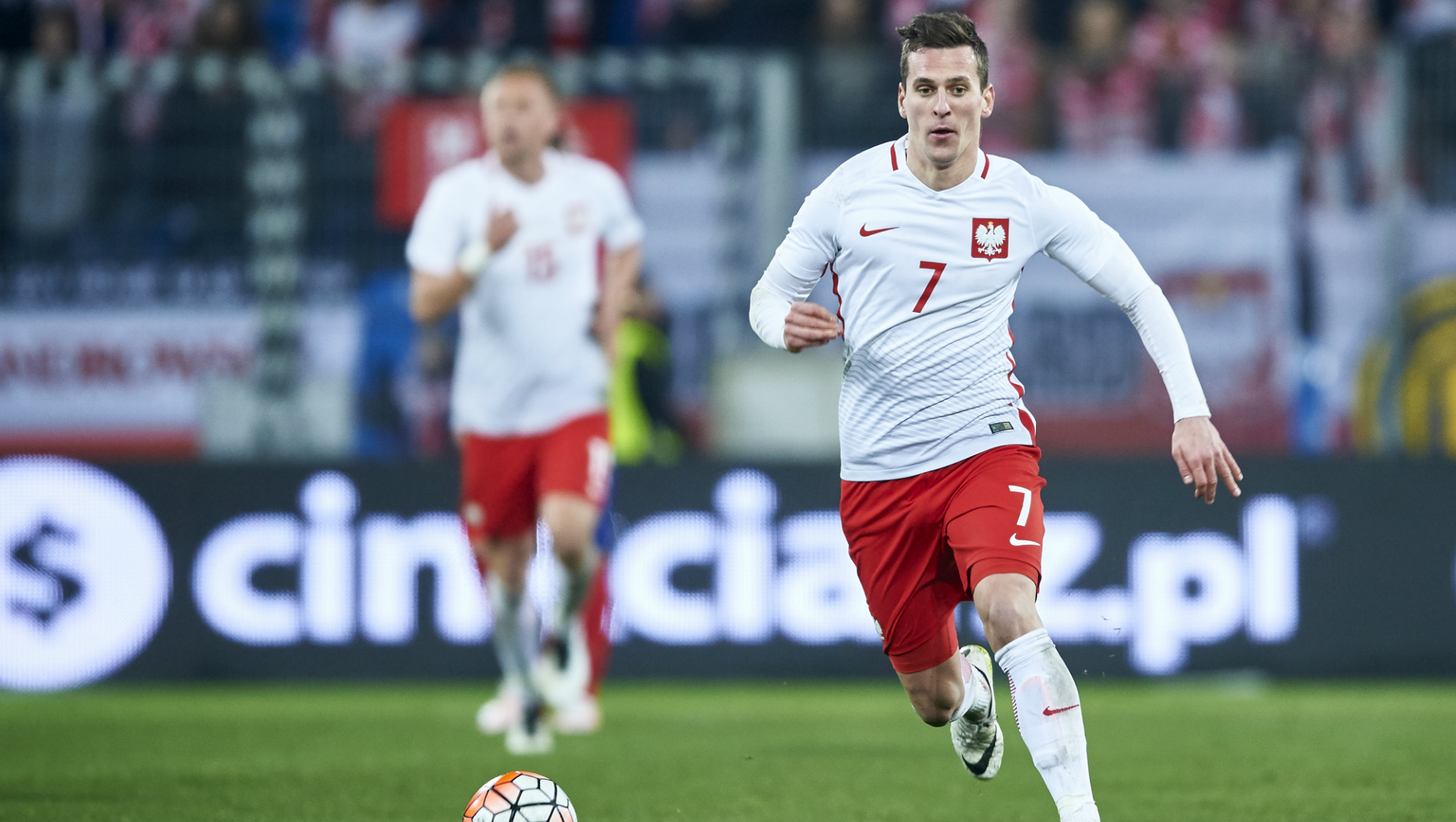 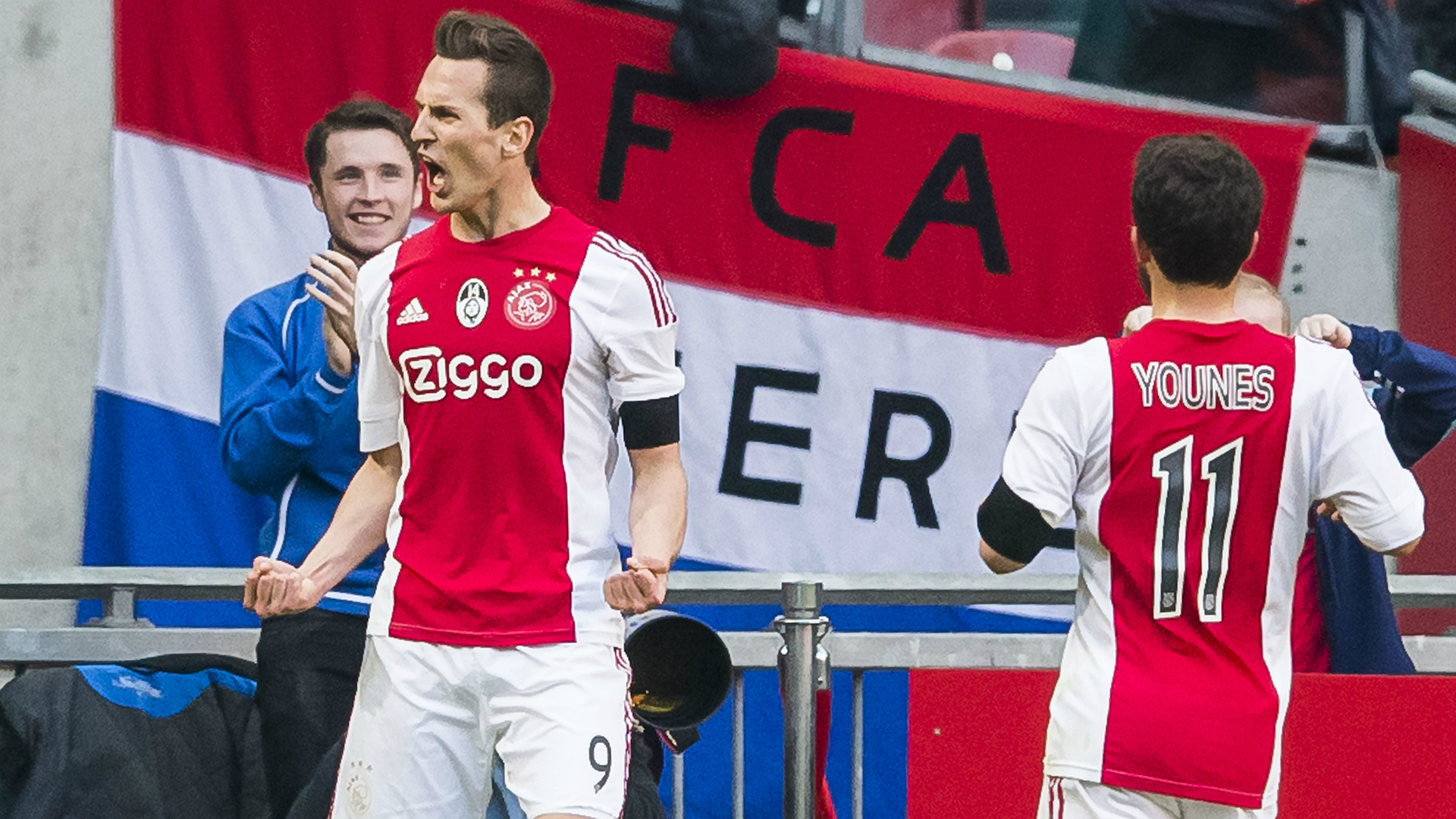 “Ajax and Arek Milik have reached a mutual agreement that during the current transfer window, the striker will not transfer to another club,” a statement read.

“The Polish international has an ongoing contract with Ajax until July 1, 2019, but is clearly in the interest of several foreign clubs.”

Milik joined Ajax from Bayer Leverkusen on an initial loan deal in 2014 before making a permanent move to the Dutch capital the following summer.