Aston Villa forward Christian Benteke says his Belgium team-mate Eden Hazard dreams of playing for Real Madrid, despite his big-money move to Premier League side Chelsea in the summer.

The 21-year-old attacking midfielder has been in sensational form for the Blues since his £32 million move from Lille, netting five times and providing 14 assists in 25 appearances.

However, in-form Villa striker Benteke is close friends with Rafa Benitez’s young star, and suggests he wants to head to the Bernabeu at some stage in his career – and it could be sooner rather than later.

“I am not surprised at Eden’s success with Chelsea – and he can do even better,” he told reporters. “He has the qualities needed to become an even greater player. His dream is to join Real Madrid – so I don’t see why he can’t join them in a year or two.”

The two players used to play in Belgian junior teams together, and the closeness between them will potentially alarm Chelsea fans who are wary about losing one of their prized assets.

“[Hazard] would play No.10 and I was No.9 and there was an understanding between us straight away.

“He has a bit of fantasy about him and so do I. We are good mates.”

Benteke suggests that the downside to a huge transfer fee and the adulation of the fans is that Hazard has to perform week in, week out – but he believes the winger has the talent to do so.

“He has already told me what his life is like with the high levels of expectation.

“He has been signed for many millions of pounds and he will always have the pressure of his price tag.

“He will forever have to do more than the others, he is condemned to always be at the top of his game.

“He realises this and he relishes the challenge. His fantasy football takes off some of the pressure on him. Eden dares to try things and is not afraid to face up to his responsibilities,” he added.

The two players will meet up again when Aston Villa travel to Chelsea on Sunday afternoon looking for three points to send them into 13th position in the table. The Blues meanwhile could go third with a home victory.

Chelsea forward Daniel Sturridge is due on Merseyside on Sunday for a medical ahead of his proposed move to Liverpool, Goal.com understands.

The Englishman will undergo a physical examination at the club’s Melwood training ground but is believed to have already agreed terms on a deal with the Reds.

Liverpool have also reached an agreement with Sturridge’s club, and are expected to pay €14.7 million for the 23-year-old forward.

The Anfield club are eager to secure the attacker’s services as soon as the January transfer window opens, having played the first half of the season with just one senior striker in Luis Suarez.

However, with Fabio Borini expected to return to training next week following his recovery from a foot fracture and Tom Ince likely to join Sturridge in making a move to Merseyside, Brendan Rodgers’ attacking options will be given a significant boost ahead of the second part of the campaign.

Former Manchester City striker Sturridge has been restricted to just one start this term, with misfiring forward Fernando Torres preferred by both Roberto Di Matteo and his replacement Rafael Benitez.

The Birmingham-born forward made 28 starts last season, scoring 11 goals despite often being deployed out wide.

AC Milan president Silvio Berlusconi has ruled out the possibility of Mario Balotelli or Didier Drogba arriving at San Siro this January.

The Italian giants have received offers from Brazil for both Alexandre Pato and Robinho, and are on the lookout for replacements should the duo head back to their South American homeland.

“I can assure you that Balotelli will not arrive,” the former Italian Prime Minister told Sky Sport Italia.

“Drogba is certainly a player we really like, but I think at [his potential] cost only the Chinese and Russian clubs can afford him.”

And Berlusconi, who turned 76 in September, remained tight-lipped on his club’s transfer targets, adding coyly: “Who will arrive? I cannot say…”

Balotelli has been promised another chance at Manchester City this week by manager Roberto Mancini, after the striker backed down from an argument with the English champions over a fine for poor behaviour.

Meanwhile, Drogba – who moved to Chinese club Shanghai Shenhua from Chelsea this summer – is reportedly unhappy with life in Asia and looking for a move back to Europe.

Dieter Hecking is the new coach of Wolfsburg, die Wolfe confirmed on their official website on Saturday.

The 48-year-old arrives at the Volkswagen Arena after three years at Nurnberg, where he managed to transform the team from relegation strugglers to a respectable mid-table outfit, who currently sit just one point above his new team in the Bundesliga table.

“The new head coach of Wolfsburg is Dieter Hecking. Wolfsburg and the 48-year-old have today agreed a deal until 2016,” Wolfsburg announced on their official website.

“The date for the official presentation of the new Wolfsburg coach will be announced in the coming days.”

Hecking’s coaching debut for Wolfsburg will see his team face Stuttgart in the Bundesliga on January 19. 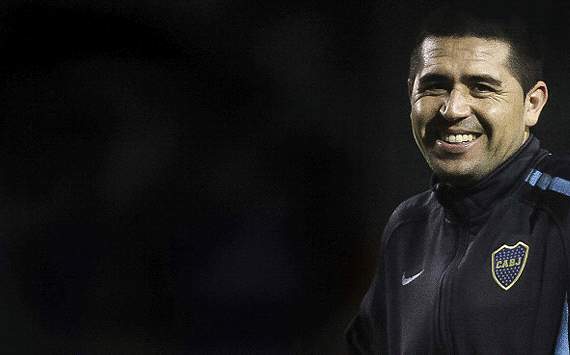 Gilson Kleina has stated that he would welcome Juan Roman Riquelme to Palmeiras with open arms, but concedes that the attacker could be heading to Boca Juniors to reunite with Carlos Bianchi.


The 34-year-old playmaker has been without a club since leaving the Argentine team in the summer, and has been linked with a number of top teams in South America.

Kleina confirmed that Palmeiras are interested in Riquelme, but warned that the coaching change at Boca could complicate matters.

“Who would not want to have a player of his quality, especially for the Libertadores?” Kleina said to Fox Sports.

“We have to see how the player is as he has not played in a long time. Now that Bianchi, who is a good friend of Riquelme, has returned to Boca, things have become complicated.

“All we can do is wait and hopefully we will welcome him to the club,” Kleina concluded.

Boca’s Bianchi also reaffirmed his interest in the player, but made clear that only Riquelme knows what follows next in his career.

“We will see what the chances are for Roman to come back. The decision is Roman’s. I’ll speak with him and see if he is prepared to return.

“I know what Roman can give to the team. However, until I meet with him, I can’t say anything else.”